With Season 2 over, Davis talks a bit more about what to expect when the series returns next year 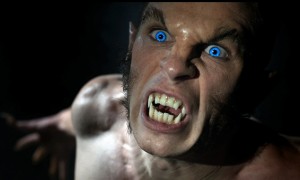 TEEN WOLF ended season 2 with another slam-bang ending. Many things were resolved, but it also set the stage for Season 3.

Some of the more significant things we learned:

1) The villains for part of Season 2 will be an “Alpha Pack” made of some pretty badass werewolves.

2) Gerard (Michael Hogan) has been dying of cancer and was hoping to become a werewolf himself to live on – but he was tricked by Scott (Tyler Posey), so even though he’s still alive after getting the curse, what exactly that means for him is a mystery.

3) Jackson (Colton Haynes) is no longer a Kanima, but a full-fledged werewolf

Shortly after the Season 2 finale, ASSIGNMENT X caught up with Jeff Davis to get a taste of what he has planned for TEEN WOLF Season 3 and to reflect on Season 2 in this exclusive interview.

ASSIGNMENT X: Can you talk about the Jackson arc – it feels like his was the story about a horrible person becoming a real boy, or in this case a real werewolf.

JEFF DAVIS: It’s a transformation of both body and soul for him – a redemption story. I personally love redemption stories especially of villains becoming good guys and people given a new chance. I think it’s a nice character arc from him, seeing him go from villainous bad guy character to someone worthy of redemption and it’s done with love.

AX: What has happened to Gerard? Will he be back?

DAVIS: He’s been put in a very bad position. We have a certain plan, if we can grab him back for Season 3. He’s still alive. It will be an interesting revelation where he lands. We may have not seen last of Gerard.

AX: What does the Alpha Pack mean for our characters?

DAVIS: It’s something we’ve been leading up to for a long time. Part of their reason to coming to Beacon Hills is a larger mystery of first half of Season Three. It’s a bit of a Democracy, There is a definite leader and the leader of it is the one who brought all the Alphas together.

AX: Now that Lydia (Holland Roden) knows that there’s supernatural happenings and that her boyfriend is now a werewolf, how will that change her going into Season Three?

DAVIS: It’s been sort of a gradual process for Lydia, being clued into the supernatural side of Beacon Hills. She’s had so much craziness within her life – she’s more mentally prepared for it than she thinks. She will have a big arc in Season 3 as well. Keying her into the supernatural of Beacon Hills was very important this season so we can have more fun with her next season.

AX: Will Stiles’ dad ever discover that the town has werewolves?

DAVIS: We are definitely exploring that. At a certain point, it will become too many occurrences happening to him and he’ll begin to question things. We’re tossing it around. 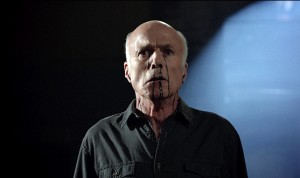 AX: So Allison and Scott are officially broken up?

DAVIS: They are split up for much of the next season and we will be exploring how they can still have a relationship together.

AX: Will there be any new regulars next season?

DAVIS: I can confirm Isaac [Daniel Sharman] is definitely going to be back.

AX: Is the Alpha Pack the Big Bad for Season 3?

DAVIS: The Alphas are not the only villains of the third season. We definitely have more surprises in store.

AX: Is Morell a good guy or a bad guy?

DAVIS: We learn more about them next season. They’re on the fence. I would call Dr. Deaton [Seth Gilliam] a good guy, Ms. Morell [Bianca Lawson] not so much.

WHAT DO YOU WANT TO SEE HAPPEN IN SEASON 3? LET YOUR VOICE BE HEARD – COMMENT BELOW!