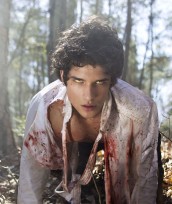 There’s humor, but more in the BUFFY THE VAMPIRE SLAYER vein 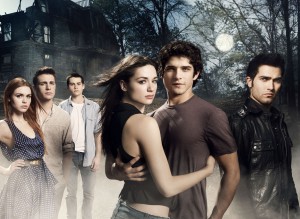 MTV’s new genre series TEEN WOLF is inspired by the 1980s Michael J. Fox comedy where he transformed into a teenage werewolf.

While the transformation is still there, the story itself is much more serious and echoes such series as BUFFY THE VAMPIRE SLAYER and THE VAMPIRE DIARIES in terms of teen angst mixed with horror. Tyler Posey plays Scott McCall who must deal with the after-effects of getting bit by a werewolf and how to affects his relationships with his friends, family and school mates.

In Part 2 of our exclusive interview with executive producer Jeff Davis, we learn about where the first season of the series is heading and to expect some nifty transformations on the horizon.

ASSIGNMENT X: Where was this shot?

JEFF DAVIS: It was shot in Atlanta where a lot of film and TV is being done these days, because they provide excellent tax breaks.

AX: Lacrosse – really? I don’t know of any California high school team that has lacrosse.

DAVIS: I grew up in Connecticut, and lacrosse was a very big sport at our prep school. We decided a lot of other TV shows and movies have done basketball and have done them probably better than I could do. And I remember kids walking around high school with lacrosse sticks sticking out of their backpacks and looking like gladiators. They always looked pretty cool. First of all, lacrosse has never been seen, and second of all, it’s a pretty violent sport. It was developed by native Americans as a way to resolve conflicts. They would play it for weeks with hundreds of players and it would get quite bloody. It has an interesting history and it adds a certain amount of violence and energy to the series.

AX: The transformation effects in the pilot is an early stage werewolf – will we get full-blown monster wolf with our lead?

DAVIS: We will. We’re saving that up later. There are plenty of twists and turns on the show, but you will see other werewolves. There is a progression of the transformation as well. We have K.N.B. EFX Group, the award-winning make-up house that did the zombies for THE WALKING DEAD creating our most monstrous werewolf and they did a phenomenal job and we’re also supplementing it with CGI effects from Eden FX. They did five seasons on LOST, and they’re phenomenal as well.

AX: I really liked the actors you cast too – they feel a little more grounded than most of the cookie-cutter 90210-type of actors. Tyler is great – he has a David Naughton-like vibe and Dylan is so funny and natural.

DAVIS: Dylan is fantastic. He’s really is a discovery. He came in to audition. He had two You Tube links on the back of his resume. I looked them up, he’s really funny and he’s a natural. When Tyler and Dylan met, they became the best of friends. They have such a natural quality. To me, they’re the new Corey’s – the new Corey Haim and Corey Feldman – they work so well together.

AX: Are there other nods to the original TEEN WOLF.

DAVIS: Throughout the series, you will see a nod to the keg of beer moment, the coach has plenty of moments that is like the original coach, we have the cream cheese line in episode one, and we give some subtle clues and Easter eggs to fans of the movie.

AX: Would you love to convince Michael J. Fox in here for a nod to the original?

DAVIS: Absolutely, and I kind of thought once we were doing the show, we would only be able to approach him if we were a massive hit. Maybe when we have good ratings and an audience finds us I’ll be brave enough to go to Michael J. Fox’s people and say, “hey, would he be interested in doing a cameo.”

AX: What did you learn from CRIMINAL MINDS that you brought into TEEN WOLF?

DAVIS: They certainly are different shows, and CRIMINAL MINDS, when I started coming up with the pilot, it was just another monster story except the monsters in that are simply humans. With TEEN WOLF, it’s doing a genre that’s very close to my heart. I’m a big fan of suspense and science-fiction – any genre show really. It was a chance to do something more like THE LOST BOYS or BUFFY THE VAMPIRE SLAYER. I think if you’re a good writer, you can switch from many different genres, although I don’t think I know the first thing about writing an episode of GREY’S ANATOMY.

AX: When you tell people you’re working on TEEN WOLF as a TV series – do you get weird looks?

DAVIS: I did at first. The funny thing is people are like “really, is it going to be a comedy?” And I tell them, “no, it’s going to be a little darker.” They have the same reaction I did when I first heard about it “I love that movie” and the very next question is “is there going to be a cameo by Michael J. Fox?”

AX: When you bring in movie directors, you get that great pilot episode, and no one can live up to what that pilot was and here Russell [Mulcahy] is doing six episodes. Did he have to adjust his thinking to work on this budget or schedule?

DAVIS: He was very excited about it. Russell will do anything to get the shot. We did a pick-up day after the pilot, where we shot pick-ups in the garage of one of our producers. He and I have a very film school 101 quality. We’ll do anything to get a shot. He brings a very cinematic quality to every thing he does. Every episode is a chance to do a great cinematic episode of TV and I think the show gets far better than the pilot. I know a lot of network TV blows their wads on the pilot episode where they spend $8 million dollars, but I think our best episodes are yet to come.

AX: Will you have other characters coming in throughout?

DAVIS: There are two other characters that come in that are very significant, but our core group is certainly the most important. The story to me is about these teenagers and how they deal with these supernatural events in their lives.

AX: BUFFY did this and CHUCK did it too where you have your lead characters trying to keep a secret, and there a lot of people close to them, and at a certain point the writers go, “we have to let a few more characters into the inner circle.” Obviously his best friend knows he’s a werewolf, at a certain point during the season will more people become aware?

DAVIS: BUFFY did it by their second season, we’re holding off a little bit, but more people will know than you expect.

AX: What upcoming stories will we see?

DAVIS: In the second episode, we’ll see Scott basically having to go to the first line of the lacrosse team, but if he plays that first game that night, he may be too out of control to maintain his humanity. It puts a kind of issue with him and Allison going out on the first date. The idea is each of these stories start to build and build on each other. I can’t give away too many secrets though, because each episode has a cliffhanger that twists the story in another direction. I can say that at the end of the third episode, it launches the season in a different direction.