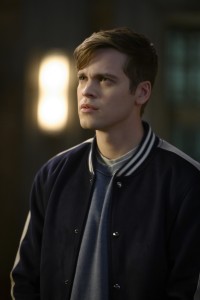 Alexander Calvert as Jack in SUPERNATURAL – Season 14 – “Jack in the Box” | © 2019 The CW Network, LLC. All Rights Reserved/Diyah Pera

SUPERNATURAL embarks on its fifteenth and final season on The CW on Thursday, October 10. The series, created by Eric Kripke, started with the relatively modest premise of the Winchester brothers, Sam (Jared Padalecki) and Dean (Jensen Ackles), fighting monsters and ghosts throughout the U.S. (even though the show is actually shot in Vancouver). As the seasons unspooled, though, the mythology got progressively more dense, until the Winchesters were actually tangling with Lucifer (mostly Mark Pellegrino, though other actors have embodied the fallen angel as well) and even God (Rob Benedict).

At the end of Season 12, in May 2017, Kelly Kline (Courtney Ford) died giving birth to her son with Lucifer. Before her death, Kelly named the baby Jack. Being half-archangel, Jack almost immediately grew into a teenager, played by Alexander Calvert. Jack has extreme angelic superpowers; partway through Season 14, he sacrificed his soul to prevent his father Lucifer from returning to Earth.

Despite some initial misgivings from Dean, the Winchesters and their angel friend Castiel (Misha Collins) developed a close, fatherly bond with Jack. This connection proved so strong that Dean and Sam defied God’s order to kill Jack. God smote Jack, who woke up in the Big Empty, a place where angels and demons are supposed to sleep forever (see above note about SUPERNATURAL’s dense mythology). Since God unleashed the evil dead upon the Earth in His wrath at the end of Season 14, Jack’s powers might come in handy if he can ever get back home.

Calvert appeared earlier this year as a fraternity brother in the comedy GOOD BOYS. He has had arcs on THE RETURNED and ARROW, and costarred in the SCREAM: THE TV SERIES Halloween special.

At a Q&A session for SUPERNATURAL, Calvert relates that his character was created so that actors Ackles and Padalecki could get a little real-life down time, since otherwise, they had to be in virtually every scene. “I’m aware that I was literally hired so these guys could see their families, which I totally appreciate. They’re like, ‘We need another guy. These guys are never home. We gotta help them out.’ I’ve always been aware that these other characters are fleshing out the universe, but ultimately, we are in service of the Winchester brothers’ story.”

Given SUPERNATURAL’s longevity, Calvert says that, when he initially joined the series, “I was actually really hoping this job would go for another ten seasons, but that’s not how things work. I’ve definitely been new to the show, and I’ve been carrying that with me, and with the character. But I think both me and Jack are going to be really observing these guys go through these very serious emotions towards the end of the season and the show. So definitely, I’m crossing both of those things at the same time.” 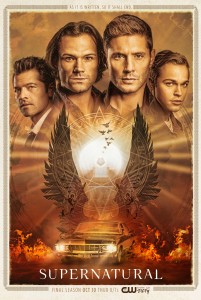 At a party later that day, Calvert discusses Jack further.

ASSIGNMENT X: Were you familiar with SUPERNATURAL when you were first cast on it, or did you have to do research?

ALEXANDER CALVERT: I was familiar with the premise of the show. Also, being from Vancouver, you know about the show because of its really good reputation with other cast and crew members.

AX: Did you pattern Jack after anybody?

CALVERT: No, I didn’t know that the character would be so closely related to Castiel [who promised Kelly he’d protect her son]. I really didn’t know that. So for me, I had no idea of what I was getting into. It just kind of worked out that way.

AX: Which character do you think Jack looks at most as a father figure amongst Sam, Dean and Castiel?

AX: Four, if you count Lucifer.

CALVERT: That’s true. But we’ll talk about good parenting versus bad parenting, then.

AX: Do you have a favorite phase of Jack, where he’s friendly, not friendly, happy, depressed, homicidal …?

CALVERT: When Jack was looking like he was going to off on everybody was probably my favorite Jack. That was just a lot of fun. So probably that guy.

AX: Did you have to learn how to do anything, like the glare where Jack destroys things and people by just staring at them? Obviously, they’re CGI-ing your eyes, but …

CALVERT: Yeah. The CGI thing does most of the performance for me. They color my eyes in. It’s good. 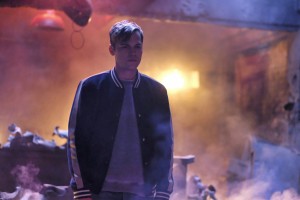 AX: You’ve now shot in the Big Empty, which on screen is just a big black space. Is that literally just shot on a black soundstage?

CALVERT: Yes. It’s very hard to clean and keep up with, but yeah. It’s pretty much that.

CALVERT: No, because we’re about to shoot this for the next eight months, so …

AX: And what would you most like people to know about SUPERNATURAL?

CALVERT: If they don’t know anything about it, it’s a show about two brothers, and it’s a celebration of family and perseverance.

Article Source: Assignment X
Article: Exclusive interview with Alexander Calvert on playing the son of Lucifer in the fifteenth and final season of SUPERNATURAL