Oliver finally uncovers the truth behind the disappearance of his stepfather, Walter Steele, and must face the painful realization that comes with it. 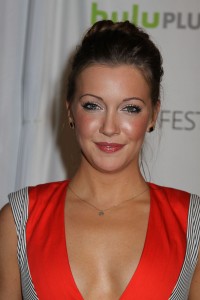 ARROW surprises a little this week by revealing the entire conspiracy that’s driven its narrative throughout its debut season.  With another two episodes remaining, I didn’t expect this big reveal until the season finale, but since what they were revealing was not particularly unexpected, I didn’t have a problem with the refusal to let it continue to let it dribble out.   And even though the details of the plot weren’t surprising, they are still interesting enough to help build expectation for whatever’s coming next.

“The Undertaking” begins by taking a roundabout way for Oliver Queen (Stephen Amell) to get a lead on the whereabouts of his missing stepfather, Walter Steele (Colin Salmon).  After putting on his hooded vigilante costume and making life miserable for a crooked mob Accountant, Oliver takes the Accountant’s laptop then brings it back to his hideout in order to have his computer geek partner, Felicity Smoak (Emily Bett Rickards) work her cyber magic on it and find out all the Accountant’s dirty secrets.  Felicity is less interested in this than she is busting Oliver’s chops for his messy break-up last week with their friend and fellow crime fighter, John Diggle (David Ramsey) after a dispute over whether Oliver truly supports Diggle’s personal vendetta against the criminal who killed his brother.  But Oliver wants her to let it drop – Diggle made his choice and Oliver isn’t going to agonize over it.

Shortly, the laptop leads to a clue.  The Accountant had made a $2 million dollar deposit on behalf of a mystery client to the account of Dominic Alonzo (Ray Galletti), (this week’s lesser villain), who owns Starling City’s most popular illegal casino.  Since the deposit date was the exact same date of Walter’s disappearance, this immediately raised red flags for Felicity, who joined Oliver’s vigilante team for the express purpose of locating Walter, her former boss and friend.  She decides the best way for her to help with this effort is to come out from behind the computer desk and do some undercover work, getting dressed to the nines and posing as a card-counter at the casino so that she can get Alonzo’s attention, and get close to him.  Oliver reluctantly agrees to this plan because he doesn’t have a better one.

Their plan goes south, however, and Oliver has to don the hood and bail Felicity out of trouble by unleashing some John Woo-ish ultra violence on Alonzo and his goons at the casino in another visually impressive fight scene.  Once Alonzo is defeated, he reveals to Oliver that he was, in fact, the guy who kidnapped Walter, but that he also heard the gunshot that killed him not long after handing him over to his ultimate captors, though he didn’t see the execution himself.  Oliver believes him, however, and, once he’s out of costume, takes the bad news back to his family, who are collectively devastated to hear that Walter’s not coming home.  His Mom, Moira (Susanna Thompson) is especially, conspicuously upset and Oliver, (who’s already heard, and dismissed, Diggle’s accusation that Moira was up to no good), decides that he should re-visit the idea that his mother knows more than she’s letting on.

As it happens, Malcolm Merlyn (John Barrowman) is the man who had Walter kidnapped, and Moira had negotiated a kidnapping option with Malcolm because it was the only way to keep Malcolm from killing him.  Moira’s been involved from the beginning in a criminal conspiracy led by Malcolm, and her husband, Walter, was getting too close to learning of its existence.  After being informed that Malcolm actually did kill her husband, Moira goes right to Malcolm to voice her rage, and Oliver, who’s decided to follow her, learns the truth about his mother the hard way.  He also learns that he got bad information at the casino, and that Walter is, in fact, alive and being held captive by Malcolm’s thugs.

As usual, ARROW tells a lot of its story in flashbacks, and this week is no exception, but instead of the flashbacks to Oliver’s time as a castaway on his island prison, “The Undertaking” gives us flashbacks to five years before, when Oliver’s father, Robert Queen (Jamey Sheridan) was still alive, and the conspiracy of Starling City’s elites began to take a turn towards violence.  Nothing that hasn’t already been strongly hinted at in previous episodes is revealed, but the basic gist is that a cadre of wealthy people, including Malcolm, Robert, Moira, and Frank Chen (Chin Han), who had all been victims in one way or another of the crime emanating from “The Glades” (Starling City’s worst neighborhood), decided to pool their resources and fight back in a quasi-legal manner.  But Malcolm, who uncorks an impressive monologue about how anguished he was by wife’s death at the hands of a mugger, decides that a few bribes and some intelligence gathering on The Glades’ criminal element isn’t enough.  He won’t be satisfied until the whole neighborhood, and everyone in it is gone, and he thinks he can create a Katrina-like “natural” disaster that will do this, killing thousands.

“The Undertaking” is tightly plotted, and in it we learn the answer to how Moira was swept up in the conspiracy in the first place, whether she really supports it, and whether it even matters anymore.  We also get to see more of Younger, sleazy, pre-island Oliver and how he betrayed his ex-girlfriend, Laurel (Katie Cassidy) by carrying on a secret relationship with her sister, Sarah.  But ARROW spends a lot more time on lingering on the awfulness of this betrayal than the greater awfulness of the whole situation.

While Starling City is apparently plagued with crime, it’s also plagued with vigilantes.  Oliver’s parents and others made the mistake of starting a vigilante organization with a psychopath, and once they’d gotten their hands dirty there was no way for them to break free.  That Oliver became a vigilante to honor his father’s dying wish is actually heartbreaking, because now Oliver must protect the city from its other vigilantes, and now there’s no way for him to break free either.  It’s a cautionary tale more than a hero’s journey.  Since vigilantes are accountable to no one, there’s no one to help them once things go wrong, and once things go wrong they can’t return to a normal life.  By trying to honor his father, Oliver winds up doing the exact thing that led his father to his doom.

It’s too early to tell whether ARROW embraces the idea that there is “good” vigilantism and “bad” vigilantism, but so far it’s been careful to include scenes where the negative consequences of even Oliver’s non-bloodthirsty efforts to fight crime are on display, usually in the form of the intense strain in his personal relationships.  With two more episodes of ARROW remaining this season, we’ll know soon enough whether this storyline resolves itself with triumph or heartbreak for Oliver, and the result will tell us a lot about ARROW’s overall worldview.  And I can’t wait to find out which way they decide to go.