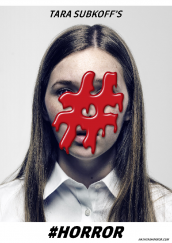 A horror drama that is sometimes perceptive and sometimes outsmarts itself 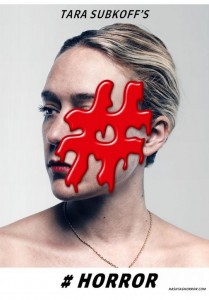 #HORROR is rightly likely to cause a stir, partly because its protagonists are twelve-year-old girls and partly because writer/director Tara Subkoff has an ear for what girls of that age sound like, especially when they’re being mean. Subkoff also displays visual style to burn, setting her story in a uniquely-structured house full of original, often creepy artwork.

The premise is a variation on a horror standard, albeit with younger-than-usual protagonists. Outsider Sam (Sadie Seelert) attends a slumber party with her much wealthier classmates at the isolated, art-installation Connecticut home where Sofia (Bridget McGarry) lives with her self-absorbed mother (Chloe Sevigny) and philandering father (Balthazar Getty). Three of the other attendees are part of Sofia’s clique. The fourth, Cat (Haley Murphy), seems to have severe emotional problems of her own, some of which surely stem from her dad (Timothy Hutton), who communicates mainly by yelling.

With no adults on the premises, the girls play dress-up and verbally pick on one another, while someone surreptitiously films them and posts the results online, racking up “likes.” At age twelve, a mean online comment can be devastating in world-altering ways.

#HORROR is certainly correct in its observation that cruelty begets cruelty and adult mismanagement, whether neglect or ferocity, leaves children even more vulnerable than they already are. However, while the film may be accurate in showing each character lash out, it leaves us with no one to really root for. Reportedly, the young actresses were all twelve years old when the movie was shot, but they look older – that is, they look old enough to have seen horror movies where it’s a bad idea to go wandering around alone once something weird seems to be happening. Intellectually, we can rationalize that they’re kids, and kids are very impulsive, but as filmgoers, the instinct is to feel, “Oh, for Pete’s sake” (or something stronger) when we see the beginnings of terrible situations.

Once we see who’s doing the videography, there’s a mental review of whether the filming can have occurred at all the times it’s supposed to have taken place. A larger issue is that #HORROR is meant to address online bullying and online celebrity, but these girls are so mean to each other in person that even online kindness seems like it wouldn’t be much remedy. Additionally, the girls don’t have access to their social media for much of the film, so they’re unaware of any outside reaction to what’s happening. This doesn’t make for less drama, but it does render the “online” part of the bullying somewhat beside the point of the action.

Subkoff gets strong performances from her cast across the board, with Sevigny doing a turn subtle enough for us to understand how this woman can see herself as a supporting and understanding parent at the same time she’s actually oblivious. McGarry and Murphy are both great at turning on a dime in their characters and Seelert has becoming naturalism. Emma Adler has some strong moments as a character who is both tormented and tormentor.

#HORROR looks amazing and it has some acute observations. It just seems to have more thematic and narrative ambition than it does coherence and running time.