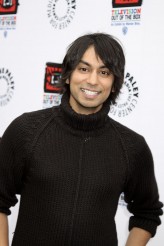 The actor also chats about WER and more 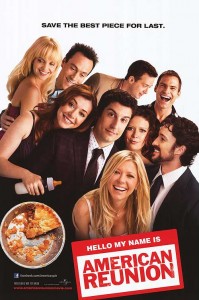 Vik Sahay is having quite a year. Shortly after his five-season run on CHUCK as Buy More employee/part-time rocker Lester Patel came to a close, Sahay was on the big screen as the mean boss of Seann William Scott’s Stifler in AMERICAN REUNION, which is now out on home video. Sahay also had a lead role in the upcoming feature comedy MY AWKWARD SEXUAL ADVENTURE and got on a plane to Romania to film a lead role in the horror film WER, although at press time, the actor isn’t allowed to reveal much about either the latter project’s plot or his character in it.

Speaking by phone, Sahay provides information on all of the above.

ASSIGNMENT X: How have you been since CHUCK wrapped?

VIK SAHAY: I have been busy and incredibly exhausted.

AX: How was it going into AMERICAN REUNION, since a lot of the actors had been in three previous AMERICAN PIE films together?

SAHAY: The greatest thing about it was that [writers/directors] Jon Hurwitz and Hayden Schlossberg, however they do this, had set up an atmosphere where the people [who had been in previous PIE films] could reunite very easily and the new people coming on board didn’t feel like they were on the outside of something. So it was pretty outstanding an experience, to be honest. It was very collaborative, very open, very fun, and so I didn’t feel of exclusion from that world. They were very tight, very quickly, from before, but for me, it was just really going back to work, other than the surreality of working with these kind of iconic characters. Especially Stifler, obviously. That had its own kind of jarring moment. But outside of that, going onto a franchise like that was more daunting in my mind than it was in actuality.

AX: Did you have any sense that if Lester from CHUCK were left unchecked in the business world, he might have turned into your AMERICAN REUNION character Prateek?

SAHAY: I sourced it differently in terms of who the two characters were, but certainly there was crossover, I believe, between the two and certainly it is very possible to see it that way [laughs]. If Lester was incredibly successful and much more poised, this is potentially who he could be.

AX: What is MY AWKWARD SEXUAL ADVENTURE about?

SAHAY: That is a Canadian movie that I shot right after the end of CHUCK, about a guy who is going through his awkward sexual adventure, and I play his best friend, who is very versed in that world, and we each have these journeys that mirror each other, that go the kind of opposite way.

SAHAY: Those were a series of Nickelodeon films that I did, over the course of two or three years as we were doing CHUCK. There were times where it was pretty crazy. I would literally shoot two days in Los Angeles [on CHUCK] and I would fly back to Toronto [for ROXY HUNTER], shoot one day, fly back here [to L.A.], shoot one day, fly back there, shoot three days, fly back – it was insane. They were a series of kid’s movies that I shot that there were big plans for that for some reason didn’t happen, but they were going to be a giant franchise at one point.

SAHAY: Ramma was a med student, who befriended the lead girl. He was very innocent. I always saw him as this kind of baby owl, with the innocence and the wiseness of an owl, who kind of gets wrapped up in the lead girl Roxy Hunter’s world. 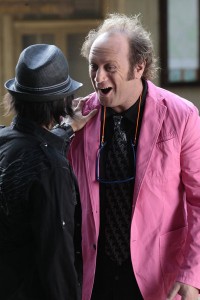 AX: Is that different at all from working in Los Angeles or in Canada?

SAHAY: Well, it obviously depends on where in Europe you’re working .Romania, where we were shooting, is an incredibly beautiful country. It’s got a combination of Old World and just-burgeoning New World. So you’re dealing with that and the language is completely different and we were shooting nights for a lot of the shoot in this Romanian forest where it’s just muddy, it rained, it’s cold, it’s incredibly beautiful, incredibly spooky, and it feels, when you’re in the midst of it, like you are in another era, and therefore, it’s very ripe for opening up the imagination.

AX: Are you a fan of the horror genre or is this your first foray into it?

SAHAY: This was I guess technically my first foray into the full-on genre. In terms of being a fan or not a fan, I’m a fan of great writing, I’m a fan of character, and so a lot of the time, that can go into the horror genre. If I look at a movie like THE EXORCIST as an example of an A-list horror movie, it’s not just the supernatural stuff that is great about that movie, it’s these very deeply-drawn characters, it’s the character work of the actors – Ellen Burstyn and [her colleagues]. So that’s what attracts me to it, not necessarily the genre in anything – not the comedy genre, not the drama genre, not the horror genre. It’s always the writing and the character and the people involved.

AX: Does WER give you a chance to do something different as an actor?

SAHAY: [laughs] Well, a) I’m not really allowed to talk much about it right now, I’m not sure what the final product is going to look like, but it really gives me a chance to foray into dramatic waters, which maybe to an American audience would be new. I’ve been doing [drama] in Canada a lot, and so for me, it wasn’t that big a shift, but it was a chance to go in and do something that was in a very different world than Lester and CHUCK. I was lucky enough that after pilot season I had two offers – I got a pilot and this movie and the pilot was a great pilot, and I just wanted to try a different [type of character], and jumped on board the film. 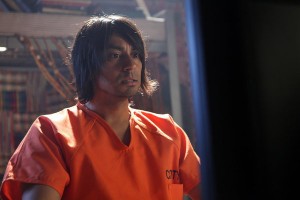 AX: What dramatic roles have you been doing?

SAHAY: I did a movie called AMAL, maybe a little over five years ago now, that we shot in India, which was purely a dramatic, dark independent film, and then a couple of years ago, I did a movie called AFGHAN LUKE, where I played opposite Nick Stahl, and that also was a drama. So that’s always something that I have on my go-to list, to get back to those roots.

AX: How was working in India?

SAHAY: It was beyond extraordinary. It was one of those experiences that I’ll never, ever, ever forget. For a hundred reasons, one of them being that it’s my people, and not really having been brought up very versed in that world, to go back there and still feel a little cultural bell ring deep inside you of recognition that this is your ancestry, that alone was a stunning moment. Let alone the country itself. It’s overwhelmingly beautiful in the deepest sense. You go in there expecting something, because everybody talks so huge aboutIndia, and you’re waiting to be hit by something, and it hits you from the side – it’s so unexpected. It was really a remarkable, unforgettable time for me.

AX: Was your character Indian?

SAHAY: I was playing an Indian guy who grew up inEngland. I was coming back because my father, in the movie, had passed away, and I play an addict in it and I need the money from his will and things go awry. I was doing one of those Brit-slight-Indo accents.

AX: Sort of like Hari Kumar in THE JEWEL IN THE CROWN?

AX: With the end of CHUCK, when they said, “Okay, and this is what happens to Lester and Jeff, they leave to become pop stars in Germany” did you think, “Okay, that seems reasonable?”

SAHAY: To me, it was just so perfect. It was so right that they in their own weird way get their dream come true. And it has to happen in a place like Germany, which for all its brilliance also has a taste for the absurd. They are not for all markets – they are not the hamburger, but they are the wienerschitzel, and I thought it was so perfect and just and right. The combination of the show ending and Lester getting his dream made me cry in that take.

AX: And the only way to save the day, if not the world, was by having Jeffster perform a-ha’s “Take On Me” in the concert hall …

SAHAY: [laughs] It was beautiful. And singing that song was hellacious. It was really rough. We prepped for it, and “Oh, my God, that’s the song” and then the execution, but how else should Jeffster go out on, except for the hardest song for Vik to sing? But man, what a journey.

AX: Are you going to be singing any more?

SAHAY: Well, please stay tuned anyway, but I don’t want to say anything that provocative yet.

AX: And do you know what you’re doing next?

SAHAY: That I wish I could tell you, but I can’t. There are a couple of things brewing, and one of them is incredibly cool, but it’s not locked in, so I don’t feel comfy [talking about it].

AX: The CHUCK fans have to still be out in full force.

SAHAY: Oh, yes. What’s unbelievable is that I was flying to Romania to shoot [WER], and we were flying on Turkish Airlines through Istanbul and I was doing pictures with the [plane’s] crew, who all knew CHUCK. They were all like, “Do you mind if I …?” And I was in Istanbul and it was the same thing. It was a little bit of a mix between that and AMERICAN REUNION. And then in Bucharest, I’d be out on the street and people who didn’t even speak English would be like, “Lester?” Or sometimes, “AMERICAN PIE?” And I was like, “Wow, this is – the world has become flat. It is a global market now.” It was astounding, the recognition for CHUCK, going into restaurants in Bucharest. I personally was shocked. So it’s been beautiful. It’s clearly going to be a part of my life for the rest of my life.