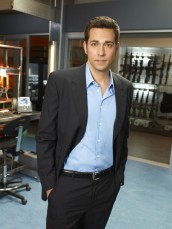 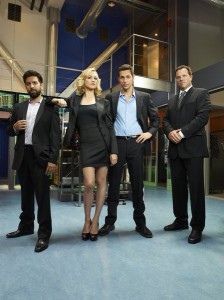 For five seasons Zachary Levi has taken his Chuck Bartowski character on CHUCK from slacker nerd to suave spy. The series ends tonight on NBC and Levi says it wasn’t without a few tears.

The actor spoke with ASSIGNMENT X in this sit down interview where he spoke about his five years on the show, and, of course, if he thinks there might be CHUCK feature films in the future.

ZACHARY LEVI: Who knows if there will ever be a CHUCK movie. The show lends itself to be a film. Every episode was like a mini-movie. It would be kind of fun. That could be the next trend – aren’t they doing an ENTOURAGE movie?

ASSIGNMENT X: How was it filming the last 13, knowing this was the end?

LEVI: It’s hard anytime you just cut off something prematurely or without warning – and without having finished it or finish out whatever the vision you were trying to communicate with the audience. It’s mostly it’s unfair to the audience – an audience that has been so critical in keeping our show around so long and giving us so much love and support. To not be able to offer us closure, would have been heinous. To not have closure ourselves, amongst the cast and crew – that would have sucked. It was emotional at the end. Our goodbye scenes, having to say goodbye to Casey [Adam Baldwin], Beckman [Bonita Friedericy], Ellie [Sarah Lancaster] and Awesome [Ryan McPartlin] and obviously Chuck and Sarah [Yvonne Strahovski]. They’re not spoilers, it was art imitating life in some ways. I’m looking at these actors who I have worked with for five years and who are my good friends and are like family.

ASSIGNMENT X: It must have been hard during that last episode?

LEVI: The first week of shooting the last episode were those goodbye scenes and it was even in rehearsal of those scenes I would lose it. It was interesting, last season [there was a scene where] I was saying to Casey “If I don’t see you again” and I remember doing that scene and I started tearing up. Deep down, I knew or believed we would have another season. Sarah and I were having this scene together [during the finale], where she was, as Ellie, “I don’t know how to leave you like this.” We literally couldn’t stop crying. I couldn’t get words out I was crying. 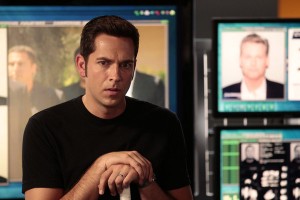 ASSIGNMENT X: When CHUCK was coming back this fall and was now airing on Friday nights, did you worry about the ratings?

LEVI: I knew we were going to have issues on Fridays. Not sense [ABC’s] TGIF has Friday been a destination night. It’s a tough night. People are out and younger demographics. Our demographic is a lot of that 18-30. They might be going out on the town and having some drinks with their friends. They’re not at home on Friday night. Our family demographic, which we also have a large constituency, they are at home. I don’t believe in appointment television anymore. In the next couple of years it won’t matter what time or day you’re on, you’re DVRd. We could be on 3 in the morning on Sunday morning and it won’t matter – people will set their DVR and watch it when they watch it. That’s what our fans do anyway. Even if we had prime real estate, I don’t think our live viewership would be that great. Our viewers are tech savvy and they watch it DVR.

AX: It’s great that NBC kept CHUCK on the air on Friday – committed to the end, regardless of ratings.

LEVI: NBC has been a great home for us the last five years. I firmly believe had we been on any other network, we would not have gone as long as we did. NBC has been in a very special place as a network and they really had to hold on to things that they found uniqueness in and a specialness in and that has garnered a special audience for that particular show. We’ve gone through five years and as many network presidents and each one of them could have said “this is not my baby” and take it off the schedule. None of them did – they all saw the value of keeping us around. 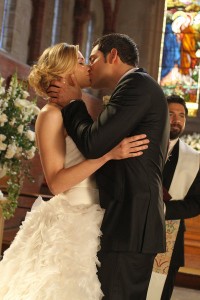 AX: What I liked about this season is that it’s Chuck being a spy without the Intersect.

LEVI: I said it many times before, when a show like ours is on the brink of cancellation you have no other option. You have to leap and push that storyline and that season all the way to the brink and you come to a cliffhanger and come back and continue on with whatever that progression was. To stay, without moving forward, you’re missing an opportunity of going for broke, because we might not come back for another season. Once you go for broke, if you do come back next season, well, you’re there, you’re at broke, That pushed our characters and relationships forward every season.

AX: Did you want to see Chuck die at the end?

LEVI: People kept asking us how you would want it to end. Maybe all of us, except for one person said “I want to die.” “I want to go down in a hail of gunfire.” I think that would be kind of fun and heroic on some level.

ASSIGNMENT X: Even if a feature film isn’t in the cards, could you see the show continue in other ways?

LEVI: I pitched to both the studio and [co-creator Chris] Fedak – look if ever a show had a chance to make something that’s directly for sale online with the audience and be successful with that model I think ours is that show. I would love to try it. I would love to do an hour and half CHUCK movie. We shoot it. We might even go to different places in the world and make it and sell it online for five bucks. I think the CHUCK fans would pay for it. And every six months or year we would come back together and do it again and not ever really close the door and have it be this ongoing adventure of sorts. Why not? Sean Connery, he was still an action star into his ‘60s. 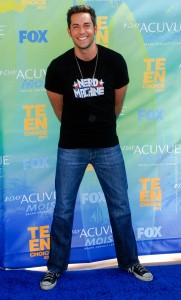 AX: Do you think fans will be satisfied by the end?

LEVI: I think we wrap up CHUCK almost kind of the way we started. I don’t think a lot of shows could ever say that. Our show does afford a suspension of disbelief, where you can come full circle in stretching things a bit. I think, look, there are a ton of homages in the final episode. The second half of the finale of the two hour finale has so much homages to a lot of the pilot, a lot of the first season, the beginnings of the characters that I think a lot of the hardcore fans are going to love that.

Tags: Adam Baldwin, Bonita Friedericy, Cat Squad, Chuck, Chuck movies, Chuck: The Complete Season 4, Craig Kilborn, John Larroquette, Joshua Gomez, Lauren Cohan, Linda Hamilton, Mark Christopher Lawrence, Mark Hamill, Mircea Monroe, NBC, Ryan McPartlin, Sarah Lancaster, Scott Krinsky, Season 5, season finale, spies, spy, The Complete Season 4, Vic Sahay, Vik Sahay, Vs The Curse, Vs. Agent X, Vs. Bo, Vs. The A-Team, Vs. The Baby, Vs. The Bearded Bandit, Vs. The Bullet Train, Vs. The Business Trip, Vs. The Cat Squad, Vs. The Cliffhanger, Vs. The Family Volkoff, Vs. The First Bank of Evil, Vs. The Frosted Tips, Vs. The Hack Off, Vs. The Kept Man, Vs. The Last Details, Vs. The Muuurder, Vs. The Santa Suit, Vs. The Seduction Impossible, Vs. The Wedding Planner, Vs. The Zoom, Yvonne Strahovski, Zachary Levi