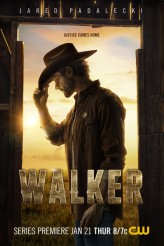 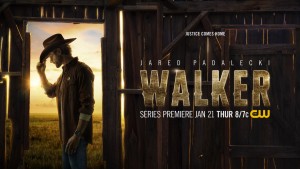 WALKER premieres tonight on The CW. It’s not what we might expect of an update of the 1993-2001 Chuck Norris WALKER, TEXAS RANGER. This time, Jared Padalecki (SUPERNATURAL) plays the lawman, but while he does his share of grabbing bad guys, his Cordell Walker is also a family man, who lives on his parents’ ranch with his two teenage children.

Home life isn’t easy. Cordell has just returned from a long stint away following the death of his wife (Padalecki’s real-life spouse Genevieve Padalecki). Son August (Kale Culley) wants to be the perfect, trouble-free offspring for his father, while daughter Stella (Violet Brinson) is livid over what she sees as Cordell’s abandonment, even though he’s back now. Cordell is still trying to make peace with his kids, investigate his wife’s murder, and work with his ambitious new partner, Micki Ramirez (Lindsey Morgan).

Anna Fricke created and is an executive producer on WALKER. Fricke previously co-developed (with husband Jeremy Carver) and was show runner on the U.S. version of BEING HUMAN. Her other writing/producing credits include VALOR, WAYWARD PINES, MINORITY REPORT, MEN IN TREES, and EVERWOOD.

Fricke first participates in a video chat about WALKER, alongside the actors, sponsored by The CW. After this, she gives ASSIGNMENT X a one-on-one phone interview.

Fricke explains that Padalecki was already attached to WALKER when she joined the project. “Jared, for some reason, wanted to go back to work. I’m not quite sure why, but I’m very grateful. And Jared and I sat down and talked about the character. As you can see, this is a departure from the original show. It’s our own version, but Jared and I had this great initial conversation about the kinds of stories we wanted to tell, the kind of character we saw Cordell walker as, and I think we hit it off.”

Since the main character still has the same name and is with the same law enforcement group, why was the title of the show shortened from WALKER, TEXAS RANGER to just WALKER? Fricke says, “I never really thought about a different title. We shortened it to Walker, because, as Jared was saying, it’s not just about the Texas Ranger. It is about the life of this character and the family and friends around him. So, that’s why we wanted the flexibility. We joke about it in the writers’ room all the time – what if he wasn’t a Ranger, especially when we were at the height of a lot of turmoil? But obviously, we’re staying in this career [for the character]. We wanted to keep the familiarity. We understand that we’re inheriting a legacy, and we want to respect that. And we also wanted to indicate we’re doing our own thing.”

Given the national conversation about the often-fraught relationship between law enforcement and racism, how will WALKER deal with that? Walker’s new partner is a Latina, and his immediate boss, Captain Larry James, played by Cobe Bell, is Black, but apart from this, how will the series discuss these issues?

“That’s a question that is obviously at the forefront of our minds every day,” says Fricke. “I can’t say enough what a bizarre ride it’s been to be in a Zoom writers’ room, experiencing the world as we currently are. I will say I actually feel very fortunate that we are being forced to have these conversations, and it’s been a very provocative and educational year. And given all the events that have been happening in the world, me, the writers, our cast, I think initially were wary of the position we were in, telling the story. And now, I feel very grateful, because I think we actually have a platform to explore the story correctly, and to be thoughtful. And we have really been given a chance to examine things, and hopefully be tying the story in a responsible way. And so, we as a show are really trying to lean into these topics, and learn from these topics, and explore the lives of these characters in a very deep way. We are grateful to be able to talk about these things.” 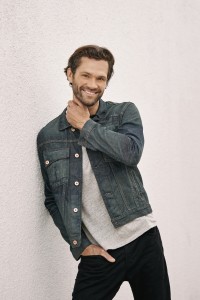 ASSIGNMENT X: Your husband Jeremy Carver was a writer/EP on SUPERNATURAL for a number of years. Did you get to know Jared Padalecki back at that time?

ANNA FRICKE: Yes. Yeah, I did. It was actually very helpful, because Jared and I had a shorthand coming into this [WALKER]. I met him, and spent time with him several times, so it was very fortuitous, to have that SUPERNATURAL connection.

AX: What would you say is the balance of family dynamics and law enforcement on your version of WALKER?

FRICKE: You mean, in terms of what are the family character stories and what are the case stories? I think it’s probably seventy-five, eighty percent family, and the cases fill in the rest. What we have been trying to do on the show – and, obviously, we’ve been learning, it’s a first-season show, so we’re finding our way – is that it’s most helpful when the cases are very personal. The idea is that there is always overlap, and that Walker is bringing what he’s going through at home into work, and vice-versa, and that Micki, his partner, is doing the same. What they are both experiencing on a personal level, they’re bringing onto the case. It’s shading the way they’re looking at the case, they’re noticing things in each other – “Hey, I think you’re looking at it this way, because of what’s going on at home” – and vice-versa.

AX: So, after dealing with Stella briefly running away, Walker might deal with a runaway on the job by thinking going, “Now, are you running away because you’re trying to make a point to someone?” [laughs]

AX: Did you have to learn anything about the Rangers, or about Texas, or about Austin, where you shoot and where WALKER is set, in order to do the show?

FRICKE: I had to learn everything [laughs]. I said to the studio at the beginning of the project, “When am I going to be outed for being the daughter of Buddhist lesbians from Maine?” I had nothing, zero background. Yes, I did have to educate myself. I’ve spent a lot of time in Austin, and so I do feel familiar with the city, and our best friends live there. Yes, in terms of the Rangers, definitely a lot of research. We have a Texas Ranger consultant, who we’ve spoken with frequently, and he’s been really great about understanding the realities of a television show, how we have to stretch things sometimes [laughs], but he’s been really great at keeping us in line. 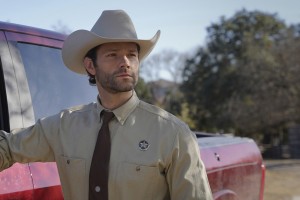 AX: There are some other production companies that have big infrastructure in Austin. Robert Rodriguez has Troublemaker Studios out there, and FEAR THE WALKING DEAD shoots there. Have you been using any of those resources?

FRICKE: We have not. I think we looked into it early on, but we have not been using that. We’ve had a lot of crew from those shows, we have a lot of the FRIDAY NIGHT LIGHTS crew, but we haven’t been using anything else.

AX: Now that the events of January 6 have happened in our real world, if something like that happened in Texas, it seems like something the Texas Rangers might be involved in. So, are you looking at that as a potential future storyline? We’ve already seen that WALKER is dealing with issues of racism and immigration.

FRICKE: I think, yeah, we definitely try to be responsible and aware on this show, given the subject matter, and who these characters are, and the history of the Texas Rangers, which is a complicit history, to say the least. We’re trying to show a department that is changing with the times and reforming. I think, yes, if something like this happened in Texas, I think we’d probably feel a responsibility to address this on the show in some way. At the same time, it’s still entertainment, and we aren’t here to preach, we are here to provide an escape. I guess the short answer is, I wouldn’t want to turn away from or ignore anything in reality.

As shows were starting up this year, as we were all starting up production, the question we were all asked was, “Do you live in a COVID world or not? Is this something you’re addressing on the show?” Obviously, some shows have to address these things – medical shows are ripe for addressing COVID – but for our show, we want to provide some escape [laughs]. We’ve all been living in this horrible reality, we want to tell a story about something else, but we do want to acknowledge the world we’re in. So, it’s something that we try to stay honest with ourselves about. 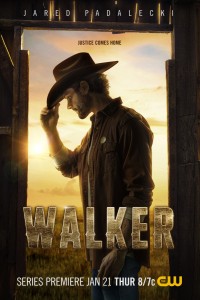 AX: You have a creative background that is partly in the sci-fi/fantasy/horror genre. Obviously, there aren’t going to be magical elements, but apart from Walker’s visions of his late wife, are you looking to bring that aspect of the unexpected into WALKER?

AX: Mitch Pileggi played Jared Padalecki’s character’s grandfather on SUPERNATURAL, and here you’ve got him playing Cordell Walker’s dad. Was Mitch Pileggi a coincidental hire, or was he a recommendation? 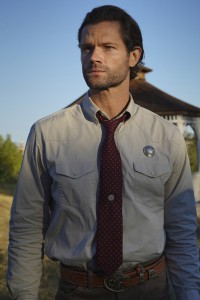 AX: We know from the pilot episode that Cordell’s government lawyer brother Liam, played by Keegan Allen, is gay, and has a partner named Bret. When will we meet Bret?

AX: And what would you most like people to know about WALKER?

FRICKE: I guess I would like people to know to be open to it. I think that when you hear “WALKER,” people might picture Chuck Norris and roundhouse kicks, and think that it’s a high-octane procedural. I would say that, while it does have action, and while we do have cases, and there is still a lot of that lighthearted, fun action, at its heart, it’s really a character/family drama that you could all watch together. And it has a great, nostalgic feel. I think it has more heart than people might expect.