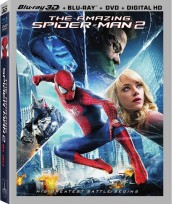 Also reviewed: JARHEAD 2: FIELD OF FIRE, BOARDWALK EMPIRE, ONCE UPON A TIME and more 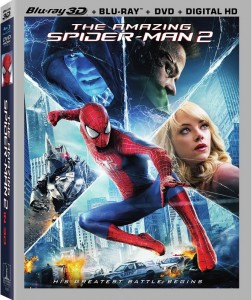 THE AMAZING SPIDER MAN 2 – I’m not sure why so many people lambasted the sequel to THE AMAZING SPIDER-MAN (which was the reboot of the trilogy, which was the reboot of the original movies back in the day). Yeah, it tries a little too hard to cram in as many villains as possible and doesn’t really have enough time to develop them all. But as far as Rhino (Paul Giamatti) and Green Goblin (Dane DeHaan) go, they are secondary characters that need to be dealt with quickly and the real danger resides in Jamie Foxx’s Electro as his powers are pretty crazy powerful, compared to the comic book character where Electro is a dude in a suit. THE AMAZING SPIDER-MAN 2 also successfully deals with the Gwen Stacy (Emma Stone) issue appropriately and provides for a future continuation of the comic book story involving Mary Jane Watson.

The movie also does a good job of tying to the first film in terms of bringing to light some of the dastardly things that Oscorp has been doing and why a lot of these bad guys seem to be cropping up all of the sudden (at the same time as a hero with the abilities of a spider just happen to appear). Now, is it a great movie? No. Not by a long shot. But as far as a popcorn superhero movie goes, this is pretty good with some really good action set pieces and Andrew Garfield really does a good job of being the web slinging conflicted with his love of Gwen but his deep rooted feelings that she will only be harmed by being attached to him. Also, gotta see this in high definition as the action sequences and CG really lend themselves well here. 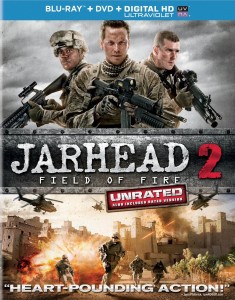 JARHEAD 2: FIELD OF FIRE – The original JARHEAD was a really good movie about the boredom of war and how all the waiting and build-up to war drives soldiers crazy and when the war actually breaks out, things don’t necessarily pay off in the way that you’d expect. JARHEAD 2: FIELD OF FIRE is completely different in that it takes place in Afghanistan already during the combat and the soldiers have been in the soup for some time. It focuses on a group of re-supply soldiers that come under fire after their convoy is attacked. Things get even more deadly when they pick up a national that is key in bringing peace to the region. Soon, the Taliban is surrounding them and they must fight to the death to protect her even at the price of their own lives. JARHEAD 2 is a cookie cutter action flick that is trying to capitalize on a name that is probably familiar with a number of viewers. It isn’t bad and the production values are pretty good for a direct-to-video but there isn’t anything new here so check your notions about what you will be seeing at the door. 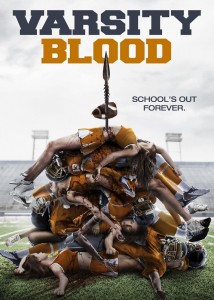 VARSITY BLOOD – There are good slasher films, there are mediocre slasher films and then there are holy crap that’s a bad slasher film. Unfortunately, VARSITY BLOOD falls in the last category because it is a run-of-the-mill generic killer run amok horror flick with a slew of bland characters, with a bland killer that walks around as a mascot and bland kills. That all combines for a bland movie that really doesn’t offer anything original or even scary to the genre and feels like a cash grab to take advantage of the upswing of horror that has been happening. Here’s the skinny of VARISTY BLOOD: a group of football players and cheerleaders go to a remote location for fun only to be hunted one-by-one by a dude dressed as the high school mascot. There are no real twists or fun here. When compared to something fresh like ALL CHEERLEADERS DIE, also a high school football and cheerleader horror, that film really shows why it is definitely worth checking out and this should be avoided. 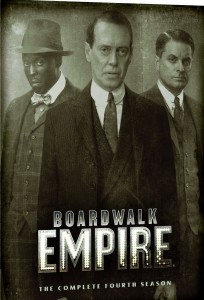 BOARDWALK EMPIRE: THE COMPLETE FOURTH SEASON – The fall television season is about to come once again so, naturally, the videos from the prior seasons are making their way onto DVD and Blu-ray. First up is HBO’s Prohibition drama starring Steve Buscemi, BOARDWALK EMPIRE. The hook here is that the final season of the show is happening this fall meaning usually an uptick in viewership that expects to see many of the plotlines wrapped up and with a show like this a number of high profile character deaths. In Season 4, there is more violence, more character study and, yes, more high profile character deaths that come pretty frequent this season. There are new characters added and new complex problems that crop up but there is no finer series that has a great amount of costumes, set pieces and locales that make it that much more enjoyable. If you missed Season 4, here’s a chance to catch up before the final season debuts. 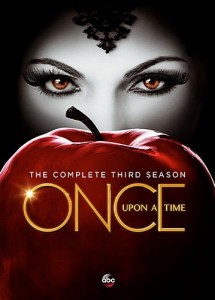 ONCE UPON A TIME: THE COMPLETE THIRD SEASON – Of course, the big hook here and going into the fourth season is that ABC (owned by Disney) is that the show is bringing characters from the smash hit movie FROZEN. That’s right, Anna, Elsa, Christoph and Sven are coming to the show that has made a living off of re-imagining classic Disney characters and bringing them into an adult-type fantasy world. The big deal in Season 3 is the arrival of the Wicked Witch of the West but also Peter Pan, Tinkerbelle, Rapunzel and Ariel all make an appearance as well as many of the other characters from the WIZARD OF OZ. Obviously, the show has the entire catalog of Disney characters to introduce but at some point it will reach saturation in that they may have to bring a slew of pretty unknown characters and alienate viewers. But luckily, right now it is running on all cylinders and with the introduction of FROZEN characters it should continue this spark in Season 4. 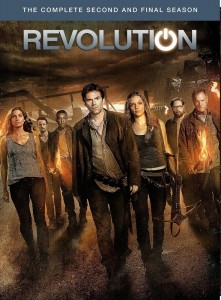 REVOLUTION: SEASON 2 – The first season of REVOLUTION was a grab bag of an interesting concept that got bogged down in a regional battle between two groups fighting for a good deal of the east coast of the United States. It didn’t work. In Season 2, everything changed and REVOLUTION went from a show struggling for what it wanted to be into a pretty cool show filled with some supernatural elements, a focused bad guy (or government) and a cast that we already had come to know from the first season. It worked and it is a shame that the show was canceled because it would have been nice to see what they could have done in the third season given the massive change in direction from season to season. I would volunteer you to watch the second season first as it is really a good starting point and then if you really want, check out the first season, but you don’t really even need to watch it to enjoy Season 2.

Also out this week:

Related: MUPPETS MOST WANTED Highlights this week in Blu-ray, DVD and VOD Releases

SNOW WHITE AND THE HUNTSMAN Highlights this week in Blu-ray and DVD Re...
DANCING WITH THE STARS: ALL-STARS Season 15 Recap: Sabrina takes the l...
CD Review: OBLIVION soundtrack
Exclusive Interview: Raphael Sbarge on MURDER IN THE FIRST and ONCE UP...