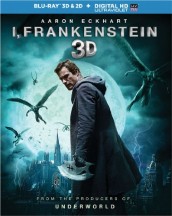 I, FRANKENSTEIN Highlights this week in Blu-ray, DVD and VOD Releases 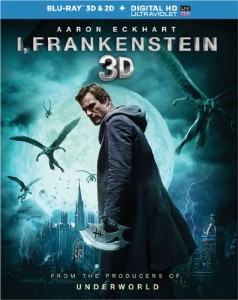 I, FRANKENSTEIN – Some major blockbusters are not meant to be anything more than just a popcorn flick where you sit and see what they present to you and whether it is good or bad, it is at least enjoyable. I, FRANKENSTEIN is definitely one of these movies that if you go into with some sort of preconceived notion about what you are going to see, you probably will dislike it. However, if you leave your brain at the door and love seeing big, bad monsters fight it out with ample amount of CG then this is a good bet for a lonely night when you have nothing else to watch. As far as the classic version of Frankenstein, this ain’t it. Not even close. So those purists won’t enjoy it at all because it takes the classic tale and twists it in a variety of crazy ways. Aaron Eckhart is pretty good as Frankenstein, as he is pretty good in a lot of what he does. The film does look pretty amazing in Blu-ray with all the CG and crazy monsters that are included here so that’s a good thing and it is also offered in 3D on Blu-ray so if you have that ability it makes it even more of a theatrical experience. 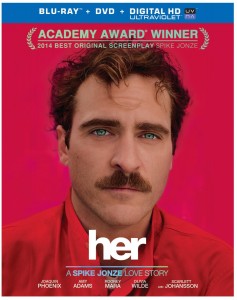 HER – There are a lot of interesting ideas in HER beyond just the whole artificial intelligence becoming part of our everyday lives but actually becoming something more a romance possibility as the AI learns to become its own entity. Director Spike Jones does an impressive job of guessing the ways in which technology may be headed and how we react to certain technology. These ideas along with an examination of possible AI that is not out to just kill off the human race but instead learn from it and try to become a better being is sort of a step in the right direction for those thinking technology isn’t just out to do us in or is just evil. While the romance is a bit hokey and Joaquin Phoenix is a bit weirder than normal, the voice of Scarlett Johansson only is very good especially when considering she had nothing to go on other than her part in the script when she did the voice-over. HER is overall a slick look at futuristic romance but the oddity of Phoenix combined with some poor, prolonged subplots drag it down a bit. 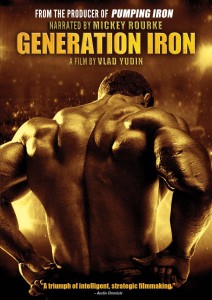 GENERATION IRON – Back in the day there was a little documentary film called PUMPING IRON that launched the career of Arnold Schwarzenegger and gave an insider look to the Mr. Olympia competition. Now, many, many years later, a new documentary now looks as the Mr. Olympia competition that launches huge dudes into stardom and new-found fame. Narrated by Mickey Rourke, it is a very cool look inside of the competition where it is all about dedication, defeat and for a lucky few, triumph. While not all documentaries show the dark sides of certain competitions, GENERATION IRON is not one of these as it doesn’t pull any punches on what it takes to compete in this crazy contest and what these huge dudes have to do in order to make their bodies look as crazy jacked as possible. Worth checking out if you are into this sort of documentary and competitions. 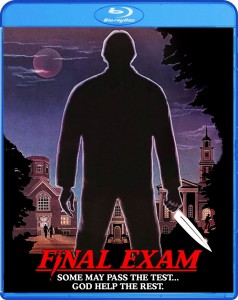 FINAL EXAM – There are a host of Scream Factory movies this week with Final Exam being one of them. It is a slasher from the salad days of the genre (read 80s) but not exactly one that is or should be remembered as one of the greater ones considering this is flat-out bad. Of course, a group of college kids are running around doing college type things such as partying too hard, or hazing a teenager, or having unprotected sex. But there is a dude out there that just doesn’t like that and is killing off these people without so much of any reason. He also has forgone any of the obligatory masks or disguises or even a customary weapon of choice. He just uses whatever is around him to execute the dastardly teens. While it is great that Scream Factory is taking old horror flicks and converting them to high definition for the whole world to see, not every one of them is going to be a winner. 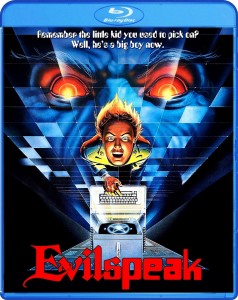 EVILSPEAK – Speaking of which, this is by no means a winner from Scream Factory. This is downright an awful horror film. Set at an army officer training center, an evil force is lurking in the basement and one dude who is picked on by the others officers is set on unleashing it. For most of the film we just see him dabbling with the evil and trying to get it online via a really old computer all the while he gets abused by a bunch of people who you know are going to just die in the end. Of course, eventually everything goes crazy and people start dying after the evil is unleashed and the weird, picked on guy becomes the focal point of all the madness. It is really bad but it looks great in high definition. Now, like I said, not all of what Scream Factory is putting out is going to be a win but at least they are putting stuff out there for people to see in probably the best looking format it has ever been in which is at least a good thing. 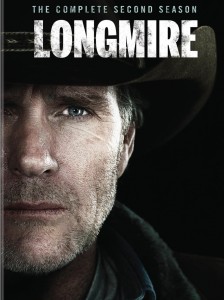 LONGMIRE: SEASON 2 – LONGMIRE is one of those TV shows that goes sort of unnoticed by a lot of the critics and viewers because it is shown on A&E but it is definitely one that should be watched because it is good quality. It is based on the mystery novels of Craig Johnson and stars Robert Taylor as Longmire and Katee Sackhoff (from BSG fame) as his trusted deputy. In Season 2, we find Longmire back at duty after losing his wife in the first season and fighting for his position of sheriff against one of his own deputies. So he must deal with his along with his daughter trying to find answers about the murder of her mother that drags some of Longmire’s friends into the mix, which creates some awkward situations. All 13 episodes of the second season are here just in time for the third season debuting soon. Check it out if you enjoy cop dramas with good characters. 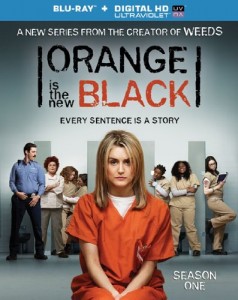 ORANGE IS THE NEW BLACK: SEASON 1 – Funny how the best shows on TV these days are the ones where we have to pay for it. Netflix has gone knee deep into developing its original programming and it has proven to be a huge success on the scale of HBO. ORANGE IS THE NEW BLACK is the latest hit series focusing on a women’s prison that has a lot of character and emotion as well as a decent sense of humor to boot. It isn’t the female version of OZ, although I might not mind seeing that. But there is more character driven stories here not only revolving around the main character in Piper Chapman (Taylor Schilling) but some of the more interesting characters inside and outside the prison. As the show is returning for a second season, here’s a good time to catch up on what you missed. 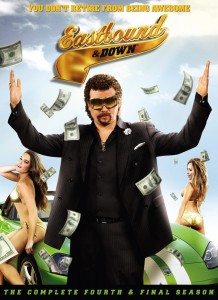 EASTBOUND AND DOWN: THE COMPLETE FOURTH SEASON | © 2014 HBO Home Video

EASTBOUND & DOWN: SEASON 4 – I love the whole idea of Kenny Powers (Danny McBride) and it is too bad this is the final season of the show about the former major-league pitching star turned into a man hard drinking, hard drugging son of a bitch. But after the faking his own death in the third season, Season 4 picks up with a Kenny Powers that is loyal to his wife, has a new kid and a dead end job. But this show wouldn’t be what it is if Powers just stayed that course and obviously things return to batsh** craziness in no time.  Just wish we could have a fifth season or at least a movie or something to continue the legend.