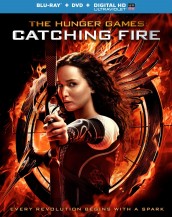 Also reviewed: OLDBOY, THE VISITOR, THE LAST DAYS ON MARS and more 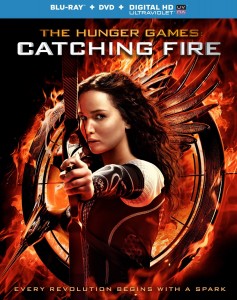 THE HUNGER GAMES CATCHING FIRE – Hard not to highlight the sequel to THE HUNGER GAMES as the title of the week considering it was one of the largest grossing movies of 2013. The second adaptation to Suzanne Collin’s trilogy amps up the action big time as Katniss (Jennifer Lawrence) must once again enter the competition after President Snow (Donald Sutherland) fears her defiance will spark rebellion. So he concocts a special 75th edition of the Games that will pit all the previous winners against each other in a bloody fight to the death. There is a lot to like here. If there was ever a comparison to the brilliant Japanese film BATTLE ROYAL it should be CATCHING FIRE as it is much more like that film than the original HUNGER GAMES ever was. But there are also some really good characters here that return for the games Lawrence once again does a very good job with managing the emotions of her having to compete yet again with her emotions for both Peeta and Gale. But what makes the film as good as the original is splendor of the costumes, the pretty awesome CGI and the extravagant over-the-top grandeur of the games and the viewers. 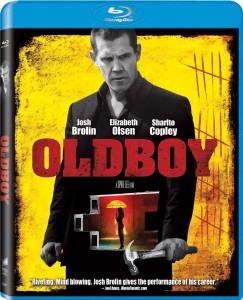 OLDBOY – You know what I hate. When a remake is done from a beloved piece and people immediately hate it regardless of actually seeing the film. OLDBOY was panned before it even was made. Why remake something that is already so well done, talking about the original Korean revenge film. Well, it is Hollywood after all and without any original ideas in the mix, of course they would try to tackle this. While it isn’t what the original brought in terms of the impact and brutality, Spike Lee’s version is actually very good. It captures the intensity of the subject and doesn’t lose the outright horrific nature of the film from beginning to end. James Brolin stars as Joe Doucett, a real bastard. And someone knows this as well as he is kidnapped and forced to stay in a single room for 20 years. Then, he is set free. Doucett must then piece together why he was imprisoned and try to find his daughter that was left behind in the process. The result is some really brutal sh** from the torture of his former captor, to his discovery of why he was imprisoned and the horrific discovery of his daughter. Again, while it won’t ever match the original, it isn’t going for that and should be viewed on that bases. 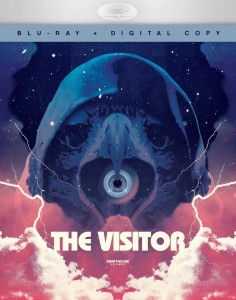 THE VISITOR – Crazy bald kid cults, maybe the longest basketball game filmed on camera for a weak exploding basketball payoff, Jesus, killer bird toys, creepy little girl with strange powers, odd cult members carrying briefcases, loaded pistol for a 8-year-old birthday present, magical falling debris, wheelchair Olympic preparation, pigeon rescue. Mix of THE OMEN, with ROSEMARY’S BABY, plus PHANTASM and every science fiction trope gone bad you just scratch the surface of what THE VISITOR is. It is hard to even gauge the plot of a film so mind-blowingly weird and random. Apparently, there are strange beings that are at work on Earth trying to manipulate humans into having demon children. But lucky for us, there is a very powerful cult that has been keeping tabs on the activities and has been secretly protecting the Earth for years. Billed as the granddaddy of all crazy Italian horror films, THE VISITOR definitely lives up to its billing as it is indeed strange. Beyond strange. Random and crazy while actually having a plot you can somewhat follow, it is definitely a film worth watching to just have the knowledge of what It is. It has also been restored using the latest technology and the Blu-ray high definition transfer looks really great for a film that is so aged. There are also some new features added here including a great interview with Lance Henriksen who stars in the film and tells his crazy story of the experience. There is also an interview with the writer who tries to explain things in hilarious fashion, the special features are a must watch. 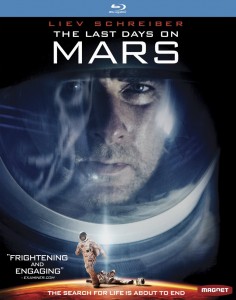 THE LAST DAYS ON MARS – The zombie genre has reached its pinnacle with THE LAST DAYS ON MARS. We have seen fast zombies, slow zombies, zombie strippers, zombie pirates, zombie clowns, zombie dogs, zombie fish and there is even a film coming out with zombie beavers. But can you handle (cue dramatic music) space zombies??? That’s right, deep within this seemingly innocent science fiction film about a manned six month mission to Mars resides a zombie film. On the last few days before they leave for Earth, a Mars explorer team discover bacterial life on the planet in a crack in the planet. When exposed to these bacteria the astronauts die only to be reborn into unstoppable zombie creatures that only want to infect the remaining crew on the red planet. While the film quickly becomes a parody of many of the other Mars-related films that have come along over the years, for a direct-to-video production it is actually well done. The special effects are really good, the acting isn’t half bad with Liev Schreiber and Elias Koteas doing a decent enough job and the plot is simple enough not to get hung up on anything other than a survival flick. Not a bad rental if you enjoy the genre. 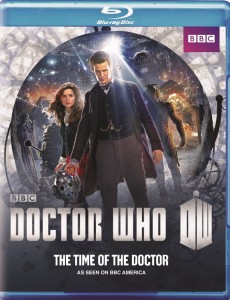 DOCTOR WHO: THE TIME OF THE DOCTOR – This was supposed to be the epic send-off for the outgoing Doctor, Matt Smith, and the debut of the new Doctor in Peter Capaldi. Instead THE TIME OF THE DOCTOR is a sad, contrived and confusing send off to one of the popular characters in a story where he must protect a little pocket of space that apparently is a great source of power in the universe and all of the waging powers – Daleks, Cybermen, and any other Who enemy you can think of – is trying to grab hold of. It also has something to do with the possible return of the Timelords who may have survived the epic battle that has been widely discussed during the course of the new run of DOCTOR WHO. While this is a good wrap up for some of the questions regarding the Doctor that had not been revealed, it seemed it was far too busy trying to tie up loose ends than giving Smith the proper sendoff he should have had. Also, they really could have buttered up the fans a bit more to Capaldi who gets a tiny cameo at the end not really whetting the appetite for things to come. Still this is probably a must have for fans of Smith or the series. 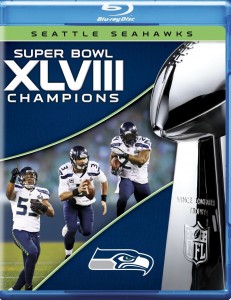 SUPER BOWL XXLVII CHAMPIONS: SEATTLE SEAHAWKS – Who would have seen what happened in this year’s Super Bowl coming? The defensive minded Seattle Seahawks not only dominating on the defensive side of the ball and making star quarterback Peyton Manning look like a rookie but the offense driving down the field time after time and putting up big numbers on the heavily favored Denver Broncos. Of course, the Seahawks win in a blow out and this is the video that captures it all. While this DVD and Blu-ray does not include any of the games leading up to the Super Bowl, the entire game is here and the other interesting Super Bowl hype that comes along with it. While the game wasn’t that exciting because it was over at half time pretty much, Seahawk fans will love it as it gives some good insight into the players, the history of the franchise, the rivalry with the San Francisco 49ers and much more.

Tags: Doctor Who, Doctor Who: The Time of the Doctor, James Brolin, Matt Smith, Oldboy, Peter Capaldi, The Hunger Game, The Visitor