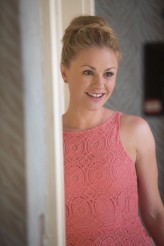 A very mixed bag of an ending 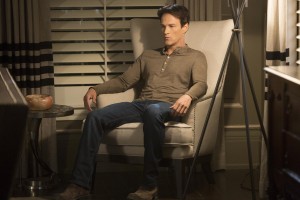 After seven seasons, it’s fine if Sookie (Anna Paquin) doesn’t end up with Bill (Stephen Moyer). It would be fine if Sookie wound up alone. But three years after Bill’s death, she winds up pregnant with some guy whose face we never even see? Um, well, no. Especially when we know who absolutely everybody else wound up with and after spending the whole series being asked to be extremely involved in the emotional and sexual specifics of each relationship, well, sigh.

It’s great that Sookie decides she’s good as she is – part-fairy and telepathic. Bill is determined that Sookie be the one to send him from this world, and he wants her to use her fairy light to do it, so that she’ll no longer be attractive to vampires. Sookie consults her brother Jason (Ryan Kwanten) and then the Reverend Daniels (Gregg Daniel). Ultimately, she decides that she doesn’t want to extinguish her light, and good for her. It would be pretty disappointing if after happily flying its freak flag all these years, TRUE BLOOD suddenly went for conformity. And yes, we’re happy Sookie is happy, but – not to belabor the point – we’ve invested a lot of point in how and why she got together and broke up with people in her life. At the start of this season, she was apparently happy with Alcide (Joe Manganiello), and look how that turned out. Are we to suppose that would have gone beautifully if only Bill hadn’t been anywhere around? This part of the ending feels like we’re being told that it’s not that Sookie’s story is over, but that it is abruptly none of our business. Really?

The Eric (Alexander Skarsgard) and Pam (Kristin Bauer van Straten) storyline, on the other hand, is absolutely triumphant, climaxing in a priceless infomercial. After Mr. Gus (Will Yun Lee) has threatened Pam and is about to go after Sookie for knowing that Sarah Newlin (Anna Camp) contains the cure, Eric decides he’s had it. He has Pam feed Sarah a bit of her blood so that Pam can track her, then lets Sarah go. When Mr. Gus tries to go after Sarah, Eric incinerates him. He and Pam easily take out Mr. Gus’ yakuza goons. Sarah attempts to bargain with Pam, which totally doesn’t work. Eric and Pam take over Mr. Gus plan for New Blood, turning it into a fabulously successful business venture while still running Fangtasia. Eric and Pam are also the spokespeople for their product – they just have a little fib about having lost Sarah, who is actually still chained up in the basement of Fangtasia, hallucinating about dead ex-husband Steve (Michael McMillian, great as ever).

Bill, in his haste to make sure that his progeny Jessica (Deborah Ann Woll) will be all right after his death, asks her once and present beau Hoyt (Jim Parrack) if he plans to marry her. This winds up with Jessica and Hoyt getting married, with Sheriff Andy (Chris Bauer) officiating and Jason (Ryan Kwanten) as best man. Jason is overjoyed to have his best friend back in his life. Sookie, Arlene (Carrie Preston) and Holly (Lauren Bowles) are also in attendance. This is very sweet, but again, if we’re going to have this kind of resolution for Jess and Hoyt and not Sookie, it feels like a cheat. Jason winds up with Hoyt’s ex-girlfriend Bridget (Ashley Hinshaw), which is neither fulfilling nor disappointing.

There’s also a tease with Bill becoming warm and Sookie being able to read his thoughts. Is Bill becoming human? Well, we don’t know, because while Sookie registers this as strange and interesting and touching, she doesn’t say to Bill, “You know, I can hear your thoughts. Maybe the reason the Hep-V is acting so strangely with you is that you’re turning human? You really want to die, or you want to see how that works out?” No, by golly, there’s got to be some final tragedy here, so Bill doesn’t even let the virus runs its course as he and Sookie originally planned – he needs her to kill him, and she sort of obliges (he helps guide her hand). Granted, Bill has killed some of his ex-lovers, but he didn’t love them at the time, and moreover, he was a vampire. For someone who loves Sookie as much as both Bill and Sookie think he does, this seems like a torturous request.

It’s swell to see old faces like McMillian and Lois Smith (in a flashback as Sookie’s Gran) again, and author Charlaine Harris shows up in a cameo. On the other hand, it’s a damn shame that Nelsan Ellis’ Lafayette is barely seen and not at all heard.

We’ll miss a lot of these characters – Pam perhaps most of all. Of all the elements in TRUE BLOOD, her snark is the most perpetually divine. We’ll miss the crazy tangled storylines and the sex out of nowhere and the “Bad Things” theme song. But bundling Sookie off with an anonymous guy just so she can fulfill Bill’s vision for her of being married and pregnant feels like a surprise for the sake of surprise rather than either wrapping things up satisfactorily or ending on a note befitting all that has come before.