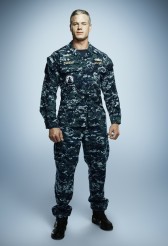 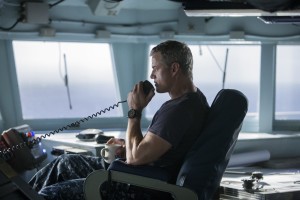 Probably not many people go from being a respected doctor to a U.S. Navy commander, but that’s where Eric Dane’s acting career has taken him. After the San Francisco native’s character Mark Sloane died on GREY’S ANATOMY, the actor was cast as U.S. Navy commander Tom Chandler in TNT’s THE LAST SHIP.

THE LAST SHIP, which premieres on TNT Sunday, June 22 at 9 PM, takes us aboardChandler’s destroyer just as a deadly plague sweeps the globe.Chandler must deal with eager but rebellious scientists who want to research and cure the disease, crew members who would rather go back to their families than serve under apocalyptic conditions, and a mysterious enemy that keeps firing on the vessel.

Dane is in attendance at a TNT mixer for the Television Critics Association, where he talks about taking to the high seas and high stakes.

AX: After playing a doctor for many years on GREY’S ANATOMY, were you looking to do something more action/adventure-oriented?

ERIC DANE: No, I honestly wasn’t looking to do anything. I was going to take about six months to a year off to spend some time with my kids. I didn’t anticipate a job like this to come along as quickly as it did, something I couldn’t really say no to.

AX: What was it about it that you felt you didn’t want to turn down?

AX: Was there anything especially appealing about the part, or the idea of playing a Navy officer?

DANE: You know, I guess it’s different from Mark Sloan [to] Tom Chandler. I guess playing a Navy officer was kind of nice to be on the right side of things for once. But I think it was more about the premise and the people involved. I knew that I was in good hands as far as potentially where he could end up, who he could end up becoming. So I think, when looking for a project – television being a writer’s medium – you want to find the best writers, you want to find a network that’s going to support those writers. I think TNT’s a great network, it’s cable, we can get away with a lot more than we can on network, but it’s also basic cable, so we’re still going to attract a larger audience, which is great. You want your work to be seen. But more importantly, we haveMichaelBay, we had [director] Jonathan Mostow, who shot the pilot, we have Steve Kane and Hank Steinberg, who both have terrific track records. And television – if you’re on a show and it’s a success, it runs for God willing five years, seven years – that’s an anomaly for an actor. The character arcs are nonexistent sometimes. So basically, it’s in the hands of the writers.

AX: It’s been said the cast and production team guys got to spend three days aboard an actual U.S. Navy vessel …

DANE: We did. We were at sea. Well, we actually spent thirty days on the ship, shooting on the ship, three days underway at sea on the ship.

AX: And how was that?

DANE: Unreal. I got to see shit that I wasn’t supposed to see. I could tell you, but then I’d have to kill you. I’m kidding.

AX: Besides the feature film THE GREY LADY, which is in post-production, do you have any other projects going on that we should know about?

DANE: Hanging out with my kids. That’s a project, trust me [laughs].

AX: Is there anything else you’d like to say about THE LAST SHIP right now?

DANE: I would say [check] in. I’d wager that you will enjoy it.