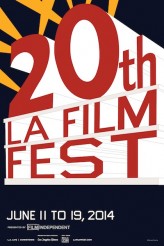 Recap of the LA FILM FESTIVAL 2014 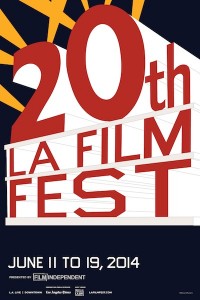 It’s come to this: either the LA Kings have to stop winning hockey championships or the LA Film Festival has to change it’s dates or location. Held at the massive and massively impressive LA Live Center it includes the Regal Cinema complex that boasts one screen so large it’s “the biggest movie experience in Los Angeles.” It also is adjacent to the Staples Center where the Kings play (and insist on keep on winning). The Kings and the LA Film Festival are both part of the rebirth of the downtown area but it may be becoming too much of a good thing.

Two years ago it was the same story. The Kings won, the place went mad and nearly drowned out the neighboring film festival. For the 20th Annual Los Angeles Film Festival they chopped off the closing weekend but still managed to clash with the Kings’ crowd the night they won the series and the day they had a parade. That said, the festival was once again a nice mesh of big screen mainstream premieres (Clint Eastwood’s screen adaptation of the hit musical JERSEY BOYS), bold foreign imports (Bong Joon-ho’s visionary futuristic action film SNOWPIERCER), free outdoor screenings (LA BAMBA dance-a-long!) and lively chats (“Funny Talk” with comic performers Key and Peele). 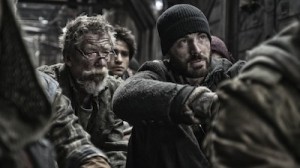 SNOWPIERCER
Korean writer/director Bong Joon-ho wowed sci-fi audiences in 2006 with his unique monster mash up THE HOST. Now he’s back with a bigger budget, notable Western actors (including Tilda Swinton and Chris Evans) on a futuristic train to hell. Seems an attempt to slow global warming has had an apocalyptic side effect and the world now travels on a class segregated train. Picture RUNAWAY TRAIN repopulated with archetypes of every sorts and shot like a Terry Gilliam fantasy. Fantastic. 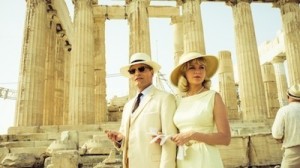 THE TWO FACES OF JANUARY
You know you’re in for a chilly experience when you see the name of Patricia Highsmith. Soften the rough edges and add a happy ending and you have a film like Alfred Hitchcock’s STRANGERS ON A TRAIN. Taken at full strength you get gripping amoral dramas like THE TALENTED MR RIPLEY. This one fall into the latter category and involves a trio of desperate characters in 1962 Greece. Oscar Isaac proves the raves he received for  INSIDE LLEWYN DAVIS was no fluke, Kristen Dunst looks confused and Viggo Mortensen seems to be channeling Michael Fassbender. There’s double and triple crosses and a fitting finale from first time director Hossein Amini.

CUT BANK
Is there anything more irritating than A-list actors slumming it by playing small town hicks while winking at the audience? This Coen Brothers wannabe co-stars Billy Bob Thornton, John Malkovich, Bruce Dern and a slew of other actors who really ought to know better. It’s a crime drama with large doses of sudden violence and goofy humor. Leave this stuff to Joel and Ethan please.

RECOMMENDED BY ENRIQUE
Suppose they made a low budget horror film and the director never showed up. That’s the premise of this meta horror comedy set in Texas. Using Gus Van Sant styled endless takes and a mix of professional and amateur actors this is both tedious and occasionally funny. A film within a film where both are made rather haphazardly.

MAN FROM RENO
San Francisco based dramatic head twister with interlocking stories, a Japanese crime novelist, a sheriff with a secret and whole lot more became the big winner at this year’s festival nabbing the Best Narrative Feature Award. At press time it still had no US distributor so stay tuned. 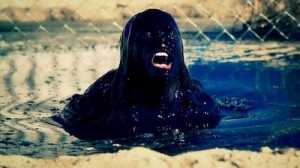 THE WELL
The horror hit of the festival proves you can do the post-apocalyptic thriller on a modest budget. For all fans of this sort of thing all the way back to A BOY AND HIS DOG.

REPO MAN
The 1984 cult classic got a proper showing to celebrate its 30th anniversary. The most quotable film of the ’80s, (“Let’s go get sushi and not pay,” “The life of a repo man is always intense”), remains a damnable statement on Reaganomics and still packs a comic punch.

ONE I WAS SORRY TO HAVE MISSED: A live staged reading of the script 1969: A SPACE ODYSSEY, OR HOW KUBRICK LEARNED TO STOP WORRYING AND LAND ON THE MOON. I don’t really buy the idea that the moon landing was faked but if it was I’d have hired Stanley Kubrick too.