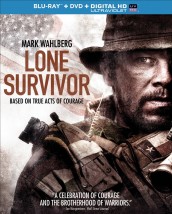 Also reviewed: ROBOCOP, IN THE BLOOD, RAVENOUS and more 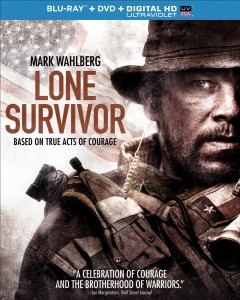 LONE SURVIVOR – It takes a powerful film with a good storyline to be able to overcome the fact that the major plotline of the movie is given away in the title. LONE SURVIVOR tells you exactly what you will be seeing. But what it doesn’t tell you is how it happens and what these brave soldiers fighting in Afghanistan went through before their untimely end. And what they go through is just crazy. Based on the book from the soldier that actually lives the encounter, the movie follows four marines tracking a high ranking Taliban soldier in a remote location. Everything goes according to plan until they run into a couple of kids and an old man farming goats. Faced with a choice to either kill the three or let them go and face the consequences, they choose poorly and all hell breaks loose as a vastly superior numbered force comes after them relentlessly.

Through the action we see some serious tough dudes going through terrible times and an unlikely group of people that come to help. It is a powerful story with Mark Wahlberg, Taylor Kitsch, Emile Hirsch and Ben Foster delivering some really good drama in portraying these brave soldiers, many of who, obviously did not return alive. The action is hot and heavy and the locations really lend themselves to checking this great film in high definition, plus if you buy the Blu-ray you get a digital copy as well, which you can take with you on mobile devices. Highly recommended. 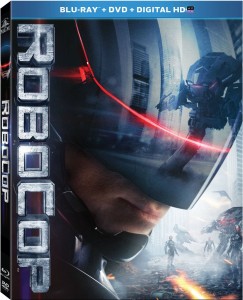 ROBOCOP – Not that this is new news but it is rare that a remake or re-imagining of a classic film ever really lives up to the original, nor could it ever really. The problem with a lot of these films isn’t how it looks or the special effects or production values, which are usually top notch, the problem is that they don’t have the heart or in the case of ROBOCOP the cheesiness or over-the-top spots that won the hearts of fans all over. The remake of ROBOCOP isn’t bad, it’s bland. Plus, they add in all of this pretense about America’s foreign policy, how our veterans are treated, even if we should be in different countries fighting other people’s battles. While, I understand the correlation between the violence of the plotline and crime and the danger of technology to warfare, do we really want it in our entertainment when the entertainment is not a documentary? The original worked because it was so over-the-top with the insane amount of blood and nastiness that it was laughable. Plus, all the random pop culture tidbits that made that film so fun are completely gone and there isn’t a hint that they wanted this to be funny or amusing or even take a stab at our consumer culture ways, instead favoring an anti-war theme. Like I said, not a bad film, well made, well-acted, just bland. 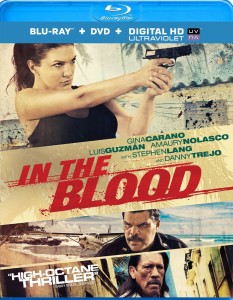 IN THE BLOOD – The big draw of IN THE BLOOD is with the inclusion of former mixed martial arts star Gina Carano, the too-hot-for-MMA-so-she-turned-to-acting. Now, let’s get this out of the way. The film itself doesn’t necessarily need Carano. There are easily a number of attractive women that could have fit this role. However, given Carano did a pretty good job in HAYWIRE and FAST & FURIOUS 6 and her star power, it makes sense. The storyline isn’t really inventive or original: Carano and her fiancée travel to some random tropical island where they get into trouble. And when a zip line adventure goes horribly wrong and her fiancée falls off the line, she begins a frantic search for him and damn whoever gets in her way. Really, this is a platform for Carano to wear tank tops and shorts and go around beating up a lot of bad guys. Not that there is anything wrong with that and if that’s what you want in an action film, you should eat this right up. But don’t expect anything fancy in terms of storytelling. 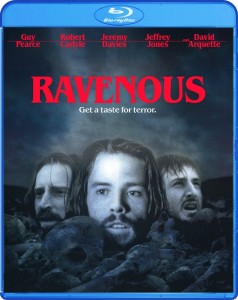 RAVENOUS – “It’s lonely being a cannibal.” RAVENOUS is one of those horror films that has never gotten enough love in mainstream horror. However, in small circles it is one of those films that holds a small place in their bloody, still beating hearts. For those unfamiliar, the story takes place in a remote, snowy Sierra Nevada military outpost around the Mexican-American war time. There a disgraced soldier is sent to spend the rest of his days as far from the rest of the military as possible. But when a stranger stumbles upon the camp telling stories about how his party got stuck in a storm in a cave and turned on each other Donner Party style, the rest of the soldiers make their way for the cave in order to sort it out. Things go to hell quickly as the stranger is much more than he appears and is stronger than any normal man thanks to his particular eating habits that include eating down to the bone other humans. RAVENOUS is one of those quirky, clever and hilarious horror films that surprises you at every turn with the twists and oddball behavior of the cast. It is awesome that Scream Factory has re-released the film finally in high definition for a new breed of fans to check out. 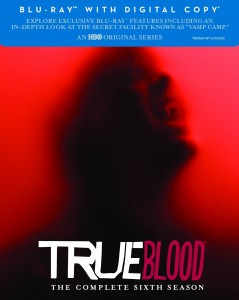 TRUE BLOOD: SEASON 6 – With the final season of HBO’s vampire drama set to go in a few weeks, it is probably a good thing considering the show has become a bit long in the tooth. With so many characters, so many supernatural creatures, so many revolving plotlines between the main characters, the show has gradually lost its luster from the first couple of original and interesting seasons. Hopefully, in the final season, we will see some resolution to all the plotlines that have cropped up over the years and a strong season. In the meantime, you can check out all 13 episodes of Season 6 here on Blu-ray or DVD to catch up on what you missed and get you ready for the final episodes that I’m sure will have diehard fans getting all teary-eyed despite knowing that the show isn’t what it used to be. 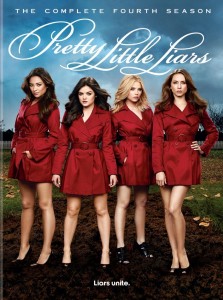 PRETTY LITTLE LIARS: THE COMPLETE FOURTH SEASON – Speaking of summer shows returning, the ABC Family murder, mystery, drama series PRETTY LITTLE LIARS is coming back for Season 5, which is sure to bring more twists and craziness. Starring Troian Bellisario, Ashley Benson, Lucy Hale and Shay Mitchell the show is based on the purported murder of one of their friends and a mysterious person contacting the four and blackmailing them knowing all of their dirty secrets. In Season 4, that mystery person, known only as A, is revealed leading to what will surely be the focus for Season 5. Up until that point, the show has done a decent job of juggling all of the mysteries and giving fans a swerve or two to keep them guessing as to what is really going on. This five-disc set includes all 24 episodes from the fourth season as well as three featurettes on the making of the show. A good place to catch up if you missed anything.