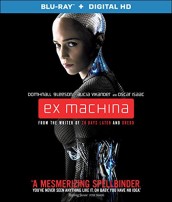 Reviewed this week: EX MACHINA, IT FOLLOWS, PAUL BLART 2 and much more 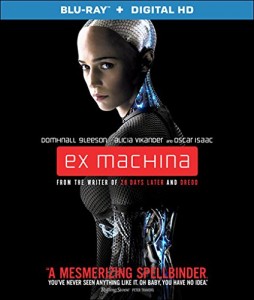 EX MACHINA – There have been a number of interesting films that delve into the artificial intelligence/robot aspect and how they would act if they ever became self-aware. EX MACHINA does a great job of not treading on any of the territory that these other films have crossed with a story about the CEO of a search engine giant (don’t call it Google) that has been secretly building a robot in an effort  to create the next dawn of mankind. So he invites an employee from his company in order to be a test subject but he quickly learns that Ava (Alicia Vikander) is far unlike anything that he was expecting when it comes to an AI. She seems to portray real human emotions and a pattern of learning that is unprecedented and he quickly begins to form a bit of an attraction to her despite him knowing she’s nothing but metal and wires. She warns him that the CEO (played by Oscar Isaac) is not what he appears and to be afraid of him. But as Isaac’s character says … is Ava really liking this employee for who he really is or because he is promising her freedom she so long desires. EX MACHINA is slow at times but even during these down times it is a slow burn to what the payoff is and all of our questions regarding AVA and others comes to a head by the end. 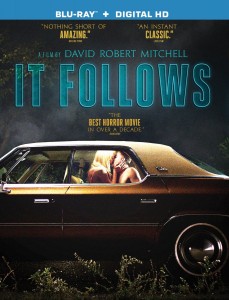 IT FOLLOWS – Everything that you have been told about IT FOLLOWS is true. It is a really good horror flick that definitely takes the viewer on a wild ride and something that is unlike other horror movies that involve a supernatural entity and teens trying to escape that entity. The cool thing about IT FOLLOWS is that it takes a sacred teen vocation – teen sex – and spins it on its heels by making the entity follow whoever someone that has sex with someone already targeted by the supernatural thing. The other cool thing is that much like other famous horror films such as NIGHTMARE ON ELM STREET, the friends of the person targeted understands what’s happening and even further believes what is happening by just seeing with their own eyes the crazy stuff going on. So right away the victim has allies that are helping them, which makes for a different dynamic than people getting picked off one by one. While not a gory film or a film with a high budget for special effects, it does a great job with what it has and the scares are that much better because of the low tech things happening. Less is more is certainly the case here and it works. 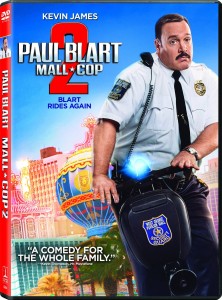 PAUL BLART: MALL COP 2 – You pretty much know what to expect going into a film such as MALL COP 2. It is right there in the title. Once again Kevin James plays the title character but this time with his life being torn apart after he lost his wife and his mother. When he attends a security guard conference in Las Vegas, things once again get crazy and the physical comedy is aplenty. Almost too much as it becomes the focal point of nearly every bit that happens in the movie. Assuming you saw the first one and enjoyed it, chances are good you will like this one as well. But if you thought the first was only so-so and the laughs weren’t worth the price of admission, part 2 is worse. So plan accordingly with your time and money. 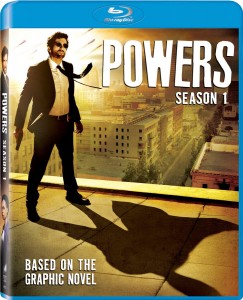 POWERS: SEASON 1 – With the entertainment world filled with superhero films (anything from Marvel or DC) and television shows (again anything from Marvel or DC), POWERS takes an interesting and very different stance to the whole genre. Instead of focusing on a group of heroes or the story of a single hero, POWERS focuses on the police that are tasked with dealing with super powered people and the chaos they bring to a world not equipped to deal with them. Christian Walker (Sharlto Copley) used to be a Power before it was ripped out of him leaving him a normal human. Now a member of the police force he lives every day wanting those powers back and doing nefarious things in order to get them back (even if it seems impossible). His partner is a traditional officer thrown and likes doing her police work more by the book than Walker and so they naturally clash. The show starts slow but after three episodes it really finds its grove and goes from decent to really good. And Copley is freaking excellent in his role as a troubled officer dealing with a troubled past in a very unusual situation. It’s a cop show unlike any other. It is just too bad this aired on the PlayStation Network instead of somewhere else as it may have carried more weight in terms of fan viewership. 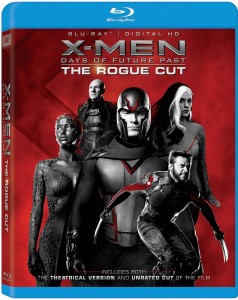 X-MEN: DAYS OF FUTURE PAST – ROGUE CUT – A brand new cut of the film that re-integrates a lot of the footage that director Brian Singer made in production but had to be left on the cutting room floor is put back into this new version of the X-MEN movie that is only available on Blu-ray and DVD. While this is cool to begin with because if you saw the original cut of the movie, Rogue is not really in it at all. She makes a few appearances and is mostly there has a centerpiece toward the end but nothing major. This changes all that and makes her one of the major players of movie. The other cool thing here is that they have added another 90 minutes of special features that were not included in the other Blu-ray version of the film such as new audio commentaries, new featurettes and much more.