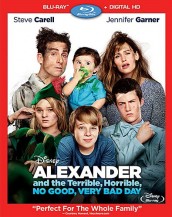 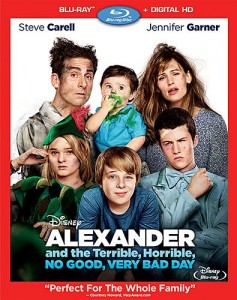 ALEXANDER AND THE TERRIBLE, NO GOOD, VERY BAD DAY – There are a number of family movies that have come out over the past few years that try to merge entertaining the parents while giving the kids something to pay attention to as well. ALEXANDER AND THE TERRIBLE, NO GOOD, VERY BAD DAY not only wins the longest title award but doing a really good job of having enough content in it to make the whole family actually enjoy themselves. The crux of the movie is that a kid makes a wish before bed time that ends up cursing the entire family the very next day. Everything that can go wrong certainly does and that includes a driving test gone awry, a prom night gone bad, an interview for a job going south a number of times, a play getting hijacked by a too-much codeine infused sister and much more. Luckily it also has a very subdued Steve Carell and Jennifer Garner is still superb eye candy even after many babies and years on screen. While some of the humor is definitely aimed at children, there are some really good moments that only adults will understand. It is hard to make a film that will please everyone but ALEXANDER does a pretty good job of accomplishing this task. 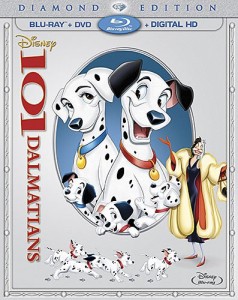 101 DALMATIANS: DIAMOND EDITION – I’m happy to see that Disney hasn’t stopped re-issuing its older titles with a fresh coat of paint. It has been a while since we have gotten a vault title remastered using the latest technology and finally 101 DALMATIANS gets the Diamond Edition treatment. Of course, this is the film that launched the storied history of Cruella De Vil (and would produce a live action film of the same name) and her hunt for Dalmatians but also it is a film that even today stands up as great storytelling and will be lovely for a new generation of kids to experience in high definition. In addition to all of the legacy special features and extras from previous release, the Diamond Edition contains a new animated short entitled “The Further Adventures of Thunderbolt” picking up where this movie left off with one of the fan-favorite characters. Plus, this edition you get a blu-ray version, a DVD copy and digital copy so you can take it pretty much anywhere you want and still see it, which is always a nice feature to have especially with kid’s movies. 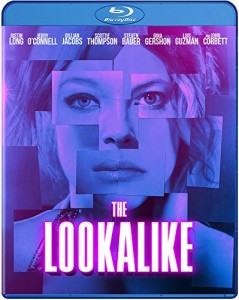 THE LOOKALIKE – An interesting drama/thriller involving mobsters, small time drug dealers, a junkie, a cancer patient and one man’s thirst for revenge that brings them all together. A pair of drug dealers make a play for a bigger dealer’s business but he wants a specific woman in exchange. The woman he has a history with and he wants to spend one night with her. If they do this, she is promised a wad of cash and they get the business. But when an accident happens and the woman is killed, they search for a lookalike that will fit the bill to make the deal happen. As they near the date for the meeting with the mysterious guy, sh** starts to go south as questions arise to the true nature of the meeting and why he wants to see her after all this time. It gets that much more interesting when all the parties involved – the junkie, the cancer patient and drug dealers – all have a role to play in the end with some interesting twists happening along the way. THE LOOKALIKE won’t win awards for its story but it is enjoyable and might make a good watch on a night with nothing else going on. 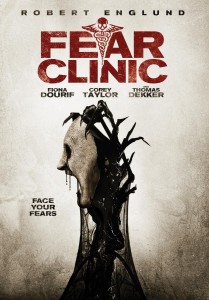 FEAR CLINIC – A freaky tale of a weird clinic that is established to help a group of survivors deal with the aftermath of a shooting rampage at a local diner that claimed the lives of numerous of the patrons. The main doctor in charge (Robert Englund) has created a machine that allows the survivors a way to deal with their fears of the event by someone recreating them in a sort of hallucination. But soon, the machine begins to do different things than it was designed to include heal wounds and produce images and thoughts that are not of the event. So a whole lot of spooky stuff goes on with black tar being spewed from bodies and a lot of psychedelic mumbo jumbo going on and along the way some fear monster takes shape. It turns from just plain crazy to batsh** crazy in a matter of a few minutes. It is as if the director sort of lost his focus as to where the film was going and was like “F**k it fear monster … let’s do this.” So while the first half of the movie is mildly entertaining, it quickly goes down the drain in the back half. 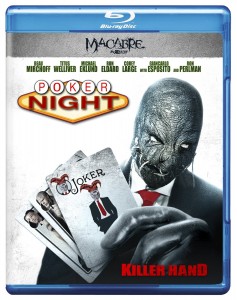 POKER NIGHT – A decent thriller with a decent cast including Ron Perlman, Giancarlo Esposito, Titus Welliver and Ron Eldard about a young police officer that gets abducted by a crazy dude (along with his girlfriend) and is held hostage while the guy tortures him and berates him. Using the lessons learned from his time as a rookie and hearing stories from more seasoned cops, he attempts multiple times to escape only to have the killer be one step ahead the entire time. There are a lot of good twists and turns to POKER NIGHT. When you think it is going one way it does a good job of taking it an entire different direction and this continues all the way until the ending. While nothing really original is here, the storyline is good and acting is decent enough to deserve checking out. 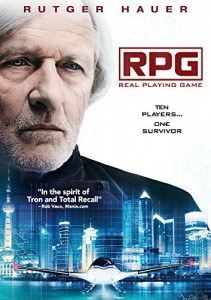 RPG – Call a low-budget, poor-man’s TRON crossed with THE HUNGER GAMES, RPG, or real playing game in this instance, bills Rutger Hauer as the main attraction but in reality he is only a hook to get to the real story. A bunch of old, rich people have gathered for what they believe will be the opportunity of a life time – getting placed in a new, young body in order to start again. But the catch is they must fight to the death in a virtual arena but with very real consequences. Sounds like THE HUNGER GAMES yes but here they have no memory of who anyone is and they must go about discovering this bit of information before they kill them because they must identify the real person’s body or risk dying themselves. So it puts a bit of a twist on this whole BATTLE ROYALE thing. Of course, this being a poor man’s version of all these movies means that any special effects are pretty bad and the acting (from a group of nobodies) is really awful. While obviously a cash grab between Katniss films, it might float your boat if you are into this type of science fiction-ish stories. 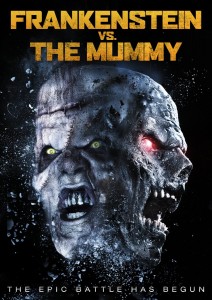 FRANKENSTEIN VS. THE MUMMY – A surprisingly decent horror flick that modernizes the classic monster movie fight between the icons. Of course, these have no ties to the “traditional” monsters but follow a similar path with a modern twist. This time, Dr. Frankenstein uses the bodies of hobos to create his monster and does it in the underground of an abandoned factory and uses just general electricity to bring the monster to life. The Mummy is found by an archeology team and is brought back to a museum where it possesses the mind of one of the workers who brings fresh blood to the pile of bones in order to regain its strength. Surprisingly brutal, there are a number of gnarly moments of flesh being ripped apart, limbs being torn off and all kinds of other nastiness that is done with practical effects – making it all much the better. Going into this movie without any expectations is also a good thing as you may be surprised by the result you get. But for monster movie junkies and gore hounds, this one will due for a fun Friday night. 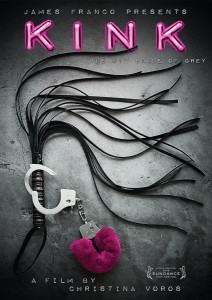 KINK – An interesting look at what goes on behind the scenes of one of the largest fetish Web sites going today Kink.com (very NSFW, search at your own risk) from director Christina Voros and produced by Hollywood everything James Franco. So the thing about this documentary is that if you decide to watch it you need to have a few things: a strong stomach and an open mind. Realize that most people probably are going to find what happens on the Web site and from these actors and actresses that are on the site not to be the norm in terms of sex. Now, true enough this is a documentary so what you see on the site is wildly different than what is here. Instead we get what is an attempt to create an understanding of why people are doing these said fetishes and what drives them to be involved. We also learn that the site does a good job in maintaining what is a “safe” work environment fostering consensual acts among adults.  Now, an argument could be made as to why these people are doing these things in the first place for the actual filming of the scenes, it is something they try to be less exploitative as structured. It is an interesting dynamic and with interviews from all parties involved, a fascinating documentary.