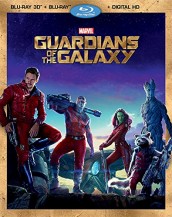 So I’ve missed some time recently … here’s catching up. 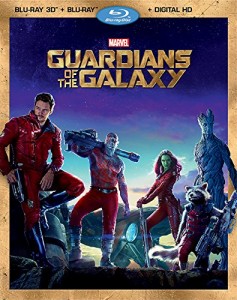 GUARDIANS OF THE GALAXY – Hard to say anything about GUARDIANS OF THE GALAXY that hasn’t already been said. Marvel has taken a comic book franchise that has had numerous ups and downs but always with a boatload of promise and turned it into a really good standalone action science fiction flick that has considerable ties to the greater Marvel Cinematic Universe and will likely play a role in future so-called bigger films (aka THE AVENGERS). Of course, no one knew it was going to be the blockbuster it turned out to be becoming one of the biggest movies of the year and for good reason. Filled with interesting characters, kooky aliens, some great special effects and a storyline that again plays into the Marvel Cinematic Universe very well in the search for one of the gem stones that makes up the Infinity Gauntlet. Of course, the Infinity Gauntlet is a little thing that allows you to control the universe. No biggie. Obviously, at the end of THE AVENGERS we see Thanos, who in the comics possesses the Infinity Gauntlet and the Marvel heroes must band together to stop him, and we see him here again in GUARDIANS so again those ties. But the cool thing is that this could stand alone by itself if needed, which given the tumultuous comic book history is a great thing and even greater they made a movie everyone can enjoy regardless of what you know about its history. 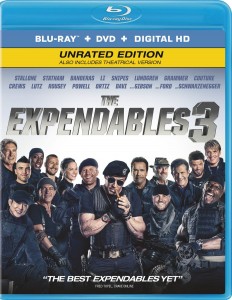 THE EXPENDABLES 3 – The third installment of the all-star action casted movie THE EXPENDABLES 3 is pretty much more of the same that you have already seen in the first two installments but this time they decided to add another five dudes (and one chick) to the mix just to make it that much more of a clusterf**k. That isn’t to say it is a bad movie, because it isn’t. The special effects and action sequences come fast and furious and it may have the highest body count that may have ever been recorded on film as they destroy a small nation’s entire military force. But where else are you going to see Harrison Ford have an action scene where he pilots a choppa with Arnold Schwarzenegger gunning down people? Not many movies can claim that. Or a movie that actually embraces Mel Gibson’s bats**t craziness. THE EXPENDABLES 3 is a packed movie in that there is literally no down time to catch your breath or be introduced to the multitude of characters that make appearances. It almost gets confusing with so many people. But with some really cool moments like those mentioned above, if they make another, I’ll be watching. 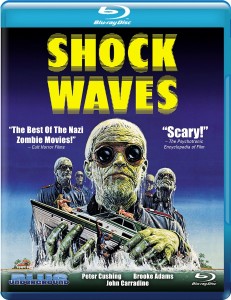 SHOCK WAVES – After NIGHT OF THE LIVING DEAD, the zombie horror craze was in full effect for a number of years and it spawned all sorts of flicks that tried to capitalize on the whole undead attacking innocent people in often exotic locales. SHOCK WAVES is one of the early Nazi zombie horrors but not your traditional zombies that just love the taste of human flesh but zombies that love to drown people because apparently that’s how they died back around World War II. So throughout the movie our innocent strangers are drown one by one by a slew of goggle-wearing zombies whose only weakness is if you remove the goggles! It’s downright hilarious to watch these guys wading in the water and try to find them scary. SHOCK WAVES actually has some semblance of talent in that they somehow got Peter Cushing to play a former Nazi commander that apparently is responsible for the whole event and a young Brooke Adams (who would go on to become a 80s scream queen in THE STUFF, INVASION OF THE BODY SNATCHERS and THE DEAD ZONE). Listen, it isn’t DEAD SNOW but for what it is and the time it was made, it isn’t all bad either. And the new digital high def transfer Blue Underground did on the flick makes it that much better – maybe the best it has ever looked. 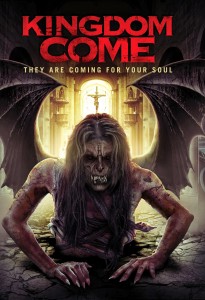 KINGDOM COME – An interesting horror flick about a group of people that are abducted in the middle of the night SAW-style in that they wake up with little memory of who they are, what they were doing prior to being there or what’s going on. As the tale progresses we begin to see that all of the individuals hold secrets that one would construe as not moral by most societies. But what they think is a bothersome experiment turns into something completely different as they are actually in a battle for their souls. It is an interesting mix of serial killer turned supernatural flick that definitely has its up and downs but for a straight to video release it surprisingly has some good production values. Currently, it can only been seen on VOD.