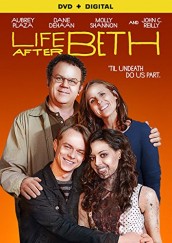 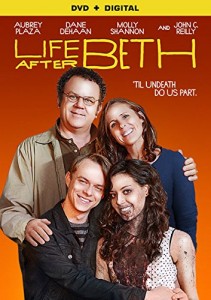 LIFE AFTER BETH – Yet another zombie comedy that takes a different approach to the whole undead thing being a bad thing. After an accident claims the life of Beth (Audrey Plaza), her boyfriend just can’t get over it and longs for her. It gets complicated when he sees her at her parents’ house alive and well. The parents explain that she just appeared back home one day digging herself out of her grave. After she appears, others begin rising from the dead and making some people very uncomfortable (obviously) while others are excited over having loved ones back. But things turn ugly when the undead begin to act more, well, typical of the undead and begin doing more violent and dangerous acts. This leads to some pretty funny moments as those alive struggle with what to do with the zombies now in their lives. While LIFE AFTER BETH has its moments of funny, there is nothing here that hasn’t already been covered by numerous other films. Yes, the circumstances are different but how the storyline progresses is very similar to many other films that did it with originality. Not saying this sub-genre of zombies is done but it certainly needs some new life injected into it. 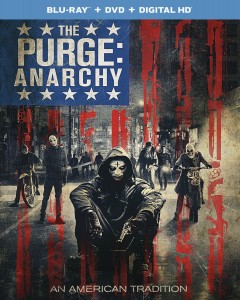 THE PURGE: ANARCHY – This is the sequel to the original film but takes place during the same day as the first movie but in the heart of a downtown city instead of just in a home. The stage is bigger with more players but the stakes are the same. The Purge is a fictional time in “new America” that allows any and all crime to happen during a period where it is deemed legal. In order to get humanity aggression out all at one point during the year in hopes that crime will be lessened throughout the remainder of the year. ANARCHY follows a group of people from different walks of life – an innocent mother and daughter, a father seeking revenge, two stranded travelers and more. They encounter a number of horrors during The Purge with a gladiator style arena, trucks set up to kill mass amounts of dudes at once and a conspiracy that throws the whole idea of The Purge into potential chaos. ANARCHY is definitely a fun movie if not a no-brainer movie (meaning leave it at the door) with lots of action, violent deaths and showing the terrors of humanity. If you liked the first one, this one will sit well with you. 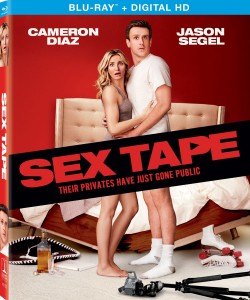 SEX TAPE – A tale of poor decisions and extreme consequences follows when Cameron Diaz and Jason Segel trying to spice up their love life after kids and career have them down make a three-hour long sex tape that goes to a host of people that have inherited old iPads (something about these old iPads being part of the cloud and getting all synched at once or some sh**). Anyway, what follows is a trip to a crazy Rob Lowe house where he does blow, a trip to Youporn headquarters to stop the tape from going viral (and a very funny moment with Jack Black), an attack dog that follows Disney commands, a very sh*** teenage blackmail, neighbor sex in a car and a creepy mailman. SEX TAPE isn’t bad but it just isn’t all that funny at times. There are moments when you laugh but there isn’t enough here to be considered a good comedy for the times or anything that anyone will remember after it has come and gone. 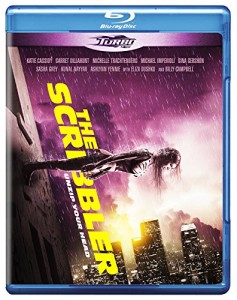 THE SCRIBBLER – This made-for video release features a pretty good cast with hot-as-balls Katie Cassidy in the lead as a troubled woman suffering from multiple personality disorder. One of her personalities is The Scribbler who writes backwards on walls all over the God damn place for reasons we really never find out. Well, because it’s the Scribbler. But the other thing the Scribbler has is supernatural abilities including enhanced strength and wall climbing. When they put her in a nut house in order to help her sort out her personalities (along with a device known as the Siamese Burn to carve out the other personalities). Problem with that is everyone in the place keeps committing suicide. Turns out Cassidy isn’t the only one with multiple personalities that have powers and an almost unrecognizable Michelle Trachtenberg shows up to be her arch nemesis. THE SCRIBBLER is pretty good, we get to see Cassidy naked which is a plus, and the story is interesting enough to keep you interested until the end. 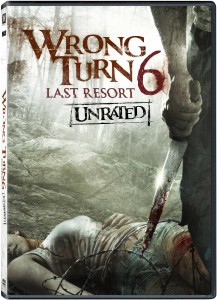 WRONG TURN 6 – Hard to believe that this quaint, silly horror franchise is now up to six films. Given the subject matter – a group of seemingly unstoppable hillbilly cannibals preying on unlucky travelers – you’d think this would have one or two good runs then be done. But here we are with another tale of the nasty cannibals this time running a bed and breakfast type establishment in secret in order to get idiots to go there and end up being the main course. A group of friends go there because one of them has the deed to the place. He doesn’t know that he is a descendent of the hillbillies and he slowly turns into one of their leaders feeding his former friends to these horrible people. Not much is new here, obviously if you have seen the first five films you know how it goes. The cannibals rarely die but most everyone else ends up being a meal in some way or another. This is a slightly different wrinkle with the hotel angle but it’s essentially more gory scenes after another.