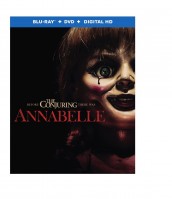 Also reviewed: THE MULE, THE ZERO THEOREM and more 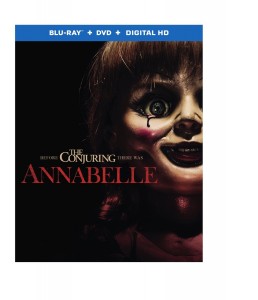 ANNABELLE – Watching as many horror movies as I do – it is by far my favorite genre followed by science fiction – not a lot scares me anymore. I have seen the best and the worst of movies and taken it like a champ usually laughing my way through it as probably some sort of catharsis, yet still never being scared. I’ve been gross out or give a dry heave here or there but not scared. The one movie to scare me in recent memory was THE CONJURING. That seen with clap game in the basement got me and I was jumpy the rest of the movie. I loved it. I want to be scared. So when I heard ANNABELLE was in production I was super excited because it was the same doll obviously from THE CONJURING and secondly, I hate freaky dolls. I absolutely despise freaky, evil dolls. ANNABELLE has evil dolls in spades, well specifically the crazy one that seems to animate itself and cause terror on people. Unfortunately, ANNABELLE, while some truly frightening moments are here mostly because of the damn doll itself just being creepy, it lacks some the legit scares THE CONJURING generated.

The plotlines follows a young couple about to have a child when they are attacked by a devil’s worshipping cult trying to conjure a demon through the doll that was bought by the husband. After the attack, things only get worse as the wife is terrorized every day by some machine going off, or doors slamming or visions of demons in the new place they move to (after their old house was also a place that ended up being terrorized). The terror escalates and soon they have to call in a priest to help out, which never ends well for the priest. ANNABELLE has its moments for sure and there are some spooky scenes that get under your skin so it is definitely worth checking out for those that enjoy this type of film but don’t expect to be put into a fetus position like the film that came before it. 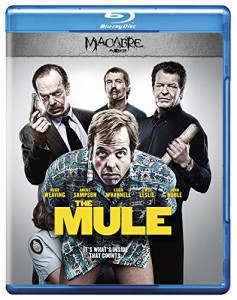 THE MULE – A good handful of films have taken the whole “set in the past” motif as the backdrop for movies where technology would have solved the problem right away. THE MULE takes place in the 80s at the height of the drug trade in Australia where an unlucky bloke gets chosen to transport a slew of drugs from one country back down under for a local crime boss. But when he gets to the airport he bumbles his way through it and is held by the police in a motel in order to wait for him to deposit the drugs that he had to be forced to swallow. So they make him wait in this hotel with bloated pain while feeding him laxatives and other stuff in order to get him to poop it out and it becomes rather uncomfortable to watch. All the while the crime boss is making moves to kill the mule in order to protect himself and killing off any of the people associated with the job. It makes for a messy situation especially when some of the cops are corrupt as well and looking to get their hands on the drugs to sell on their own. THE MULE isn’t bad it is a bit hard to watch because of all the gas, bloating and poo flying everywhere but it is quite enjoyable especially with John Noble and Hugo Weaving in pretty unpredictable roles. 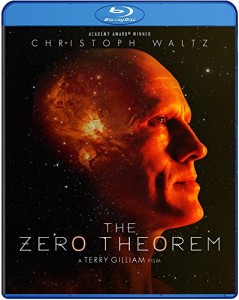 THE ZERO THEOREM – You wonder sometimes how big stars somehow sign on to movies that are just so bats** crazy there’s no way it could ever be any good or make any damn sense whatsoever. THE ZERO THEOREM sums up this statement. While very pretty looking and with some interesting ideas of the future (including a connected world where you can nearly leave your body for another place), it is so completely insane and mindless in its story telling if you can somehow follow along you have no meaning as to what you are seeing anyway. Yet, the cast includes Christoph Waltz (DJANGO UNCHAINED), Matt Damon, Tilda Swinton, Peter Stormare and others. I think the film is about a computer programmer (or hacker) working for a crazy company that won’t allow people to work at home. Yet all the dude wants to do is work from home because he is waiting for a phone call (yet, he knows not why he is waiting for the call). So management agrees and assigns him the impossible project of discovering the meaning to human existence. But they then send a hooker and teenager to his house repeatedly to distract him from the task. Why do they want to distract him? Who knows?! But I found myself saying that so many times I lost count. Terry Gilliam is known for his strange take on Hollywood (and maybe this is how he got these actors involved) but maybe I am too jaded or not smart enough to figure it out. And if that’s the case, I can live it. 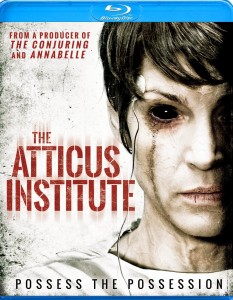 THE ATTICUS INSTITUTE – A horror flick about an institute in the 1970s designed to study paranormal individuals funded by the Department of Defense. Told through “found footage” mixed with a documentary style presentation of modern interviews, the story begins mundane enough with the now older members from the facility detailing that many of the individuals brought into the institute were hogwash and made up. However, the real story begins when a woman in her mid-30s is brought to the institute and is quickly found to possess made telekinesis as well as many other mind powers that baffle everyone and spook even more. Through these video tapes and interviews, we learn that, of course, the military then tries to weaponize her in an effort to make fighting enemies on the battlefield that much easier. But the more the military pushes the scientists to make her comply with testing and make her a weapon of their own design, the more the woman becomes something other than just a person with telekinesis and something more sinister may be the reason or her powers. Really good production values on this straight-to-video production that does a good job of mixing the documentary style with the (purposely doctored) old footage and the storyline while self-contained in any real directions it could take, still does a good job of entertaining throughout.