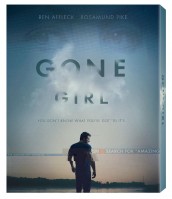 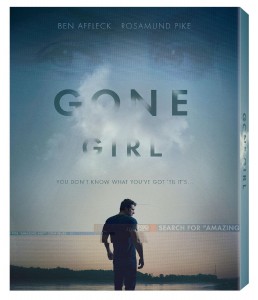 GONE GIRL – What can I say here about GONE GIRL that hasn’t already been said? The film is a great adaptation of the novel of the same name and one of the best movies that came out in 2014. The heart of the film is a movie mystery about a wife that one day just ups and disappears without any knowledge about why she disappeared or who took her or anything. The movie features the perspective of the husband (Ben Affleck) and the perspective of the wife (Rosamund Pike) and we slowly discover that the marriage between the two just isn’t something that was your typical marriage and they were not on the best of terms normally. It really puts the fun in dysfunctional marriage. While the film is extremely long (nearly three hours), it manages the time wisely by creating this very morose outlook not only on marriage but how people get lost and the process that goes about finding them. There is also a lot of meat to the characters and you sit there wondering where they will go in the next scene. Is the husband a sociopath? Is someone really dead or lost? While it is a thriller by nature, it is an extremely dark thriller that is extremely well directed and acted and even Tyler Perry does a decent enough job in the role shockingly. Well worth checking out if you haven’t done so already. 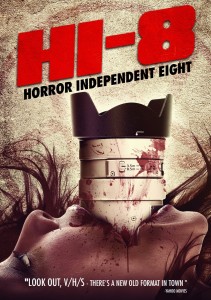 HI-8 – This stands for Horror Independent Eight, roughly a rip-off of the V/H/S series but supposedly this is filmed in superior 8mm film (or HI-8). Still, expect plenty of volunteer shaky cams and add in screen defects in order to give it the vintage look that has become popular with the revival of the grindhouse style of films, which also carried over to the horror genre. Now the retro thing works occasionally, look at the gnarly hilarious film MOLD! that was a 80s-themed retro movie that hit on all notes. Luckily, HI-8 does a pretty good job of this as well capturing the cheesy music, the over-the-top crazy gore and wacky themes that permeated the 80s era. Combine this with the purposely terrible acting (or just maybe the lack of any real name brand actors), and HI-8 is fun by not taking anything too seriously and in fact many of the anthology shorts are downright hilarious including a gangbanger that must escort a number of senior citizens during a zombie apocalypse. Some of the shorts are pretty gore-filled with a nod to V/H/S in a store owner that finds a snuff film and goes on a search to find the creators and an alien invasion that has people getting turned inside out, literally. So if you are looking for a decent throwback, this will fit the bill nicely. 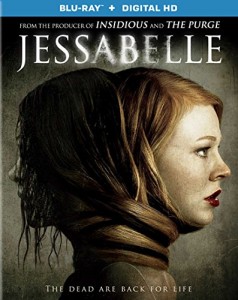 JESSABELLE – A clunky supernatural horror film set in the south about a crippled woman that returns to her childhood home after an accident to live with her not-so-friendly father. But through the magic of preserved VHS tapes, she learns that her loving family (including a mother that died early) were not exactly the wholesome people she thought they were. Moreover, she discovers she may not be who she thought she is after a murdered baby skeleton is found in a nearby lake. Things start to go from bad to worse for the woman after her father dies in a fire (literally) and she begins to be stalked by a supernatural presence in the house that definitely seems to know a lot about her. In fact, it knows too much about her and even things she doesn’t know and learns them through said VHS tapes or discovery of weird things in the house. Unfortunately, the film never really moves beyond this same theme and it gets stuck in a perpetual skipping record until the finale that arrives with a thud. Luckily, the flick is extremely well made with some decent production values which ups the watch-ability but only if you have nothing better out there. 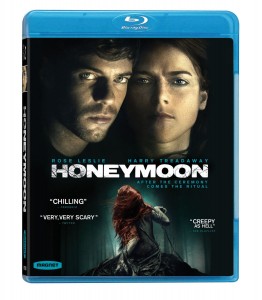 HONEYMOON – HONEYMOON is not your typical horror flick in that it functions more of a discovery of just what-the-f*** is going on rather than anything scary going on. Obviously, the film involves a recently married couple that decides to have their honeymoon at the wife’s family cabin in the middle of nowhere with only a few neighboring cabins here or there. Always bad news when you decide to stay at a cabin. This is no different when after the wife (played by GAME OF THRONES’ Rose Leslie) spends one night “sleep walking.” After which things are never the same as she has a terrible time remembering anything about her former life or how she met her husband or anything else that someone recently married should remember. She also has bruises and bumps all over her body and continually leaks blood from her vagina. Things continue to get weirder and the husband just rolls with it for a while until he’s had enough and threatens to leave. And that’s when it gets even stranger. HONEYMOON is an interesting movie and completely different from other horror movies out there just in the way it follows a more mystery type format. Worth checking out 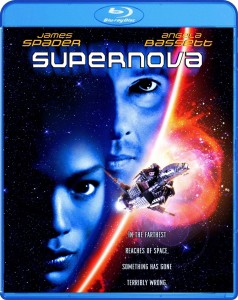 SUPERNOVA – A relatively young James Spader stars in this B science fiction flick as a hard ass space jockey that pilots the Nightingale, a deep space medical vessel that travels to different parts of the universe in order to save people from events that happen, well, because space. They get a distress call from a far off mining outpost and arrive to find a supernova about to erupt and have a limited amount of time to escape before things go bad. But when they bring aboard the one remaining survivor of the mining colony, he has a secret that includes a weird glowing orb that seems to make people feel extremely good. Of course, it’s nothing but trouble and it has to do with some piece of galactic space making mumbo jumbo that will somehow reshape the entire universe. As people start to die from the dude they brought aboard that has some serious power from the orb, they must race to not only kill the guy but escape the supernova and the orb that is nearly ready to erupt. SUPERNOVA surprisingly has some good special effects for a B movie and the acting from Spader as well as Angela Bassett is also surprisingly good. So not a bad watch if you are itching for a decent science fiction flick. 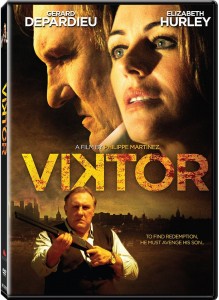 VIKTOR – A decent enough revenge action flick set about a Russian ex-patriot (played by Gerard Depardieu) that returns to his homeland in order to find and eliminate the person who killed his son. After he gets out of prison, he heads to Moscow and begins a manhunt for the gangster. The only problem is that the criminal is one connect person and has a long laundry list of henchmen that he must go through in order to get to the main boss. Of course, that means plenty of firefights and other build up drama until the final face off. Now, the big problem here is that Depardieu just doesn’t fit the image as an action hero, let alone one that can kick ass and kill a whole slew of bad guys that are a quarter of his age. Still, despite that and a whole lot of mumbling from the actor who tends to mumble in all of his work, in terms of being a revenge flick it is OK at best. Probably something you won’t want to spend a lot of time on but maybe something you can watch while doing something else, maybe the bills or shopping on the Internet as you don’t need to really pay that close of attention to figure out what’s going on. 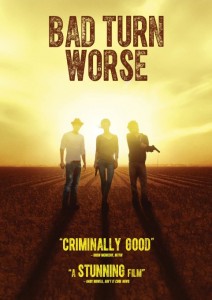 BAD TURN WORSE – Three friends steal from a small town crime boss and become indebted to pay what they stole back. The crime boss concocts a plan to have the three friends get the money back by stealing from an even bigger crime boss. Unfortunately, they don’t seem to up for the adventure and it takes some persuasion in order to get them to commit to rob the bigger crime boss. Mix this in with some paranoia and cheating from among the three and it gets to be a jumbled mess with everyone thinking everyone is doing something bad and trust is a hard item to come by. Of course, things get even worse when they actually go on the raid and someone beat them to the punch on the money and the paranoia and problems become that much worse for the trio. BAD TURN WORSE is a pretty decent flick with some good tension and enough twists that makes it interesting but the acting is top notch with a great performance from TV stalwart Mark Pellegrino.

Other movies out this week: