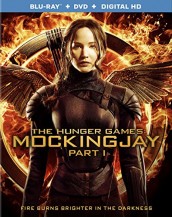 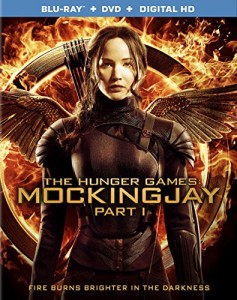 THE HUNGER GAMES: MOCKINGJAY PART 1 – I found it particularly interesting that they really took THE HUNGER GAMES franchise is a crazy direction with MOCKINGJAY. Up until this point, the two previous films were centered on the annual games where a bunch of people fight to the death. MOCKINGJAY PART 1 instead is more of a traditional apocalyptical science fiction action film complete with fantastic battles in air and on land and public relations for changing the hearts and minds of people through a series of war advertisements harkening back to something out of STARSHIP TROOPERS. Once again Katniss (Jennifer Lawrence) becomes the focal point of the uprising against the government that has suppressed the outer districts and forced them to send their children into a fight to the death. But this time she is more directly the symbol rather than someone just trying to survive. While the second part is going to conclude the franchise and probably will feature more action rather than a return to the games, as a stand-alone science fiction film this works and when brought into the circle of the other films while different still does a good job of furthering the narrative. 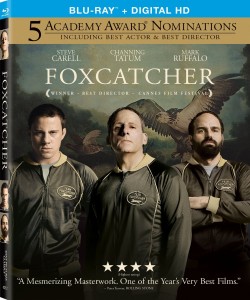 FOXCATCHER – There’s a reason that Steve Carell got the Oscar nomination for his role in FOXCATCHER, he’s creepy good as a bizarre millionaire that offers to pay for a pair of brothers to continue their wrestling career after winning gold medals in the Olympics. Based on a true story, Carell is nearly unrecognizable underneath a thick layer of prosthetics and in the role is so unlike anything he has ever done before. Equally as good are Mark Ruffalo as the older brother looking to be a leader and teacher to his younger brother played impressively from Channing Tatum – also not known for his dramatic roles. There are a lot of roles being played in FOXCATCHER from the fatherly/coach standpoint to the competition between brothers to the ideas of manipulation and control. It ends in equally dramatic fashion as the tension between the three characters boils over to gnarly conclusion. 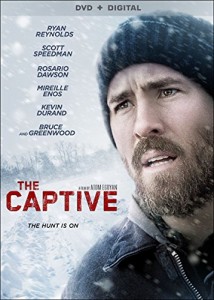 THE CAPTIVE – An interesting and disturbing tale about a construction worker (played by Ryan Reynolds) that goes into a store and when he returns his young daughter has been kidnapped out of her car. Fast forward eight years and the man and his wife learn their daughter is working for a larger group in recruiting other young kids in order to expand their slave trade market. THE CAPTIVE is the ultimate nightmare for parents. Losing their child and thinking they are gone forever, only to learn they have been turned into something more horrible and unable to escape. The thriller is enjoyable, although disturbing, while it lacks some realism and there’s a weird plotline involving one of the police in charge of the investigation that rises to fame as a result of her efforts to find her and others that have been taken. This subplot just seems to be a time killer and doesn’t really work as much as the main storyline. Still the cast is good and with a strong main story it works. 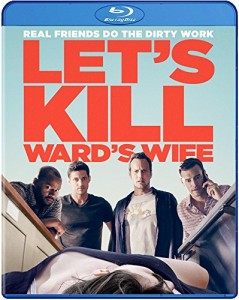 LET’S KILL WARD’S WIFE – An enjoyable dark comedy about a dude with maybe the worst wife in the entire universe and friends that will go to any length to help him out. When the friends come up with an idea to kill her off, they laugh it off but when the opportunity accidently presents itself, they go full boat with it and come up with an outrageous plan to get rid of the body. What works with the film is that the friends – including stars Patrick Wilson, Scott Foley, Amy Aker, Greg Grunberg and Donald Faison – are all come about the whole process. The killing, the dismembering of the body, the disposal, the cover up and even the discussion about what needs to be done in a very funny scene where they discuss what the best way to get rid of a body might be. The ending is incredibly abrupt and ends with a whole host of unanswered questions about the group as if they didn’t know how to end it so they just said boom that’s it, cut, print. But besides that, it is a funny and different dark comedy that is worth your time checking out. 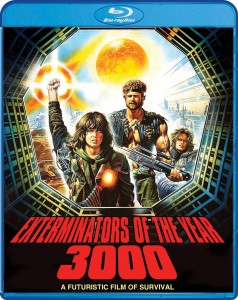 EXTERMINATORS IN THE YEAR 3000 – As far as MAD MAX-style rip-offs go, EXTERMINATORS is a pretty good one if you are looking for a cheeseball, low budget B-movie without any notable actors at all and over-the-top actors. The storyline is amazingly similar to the original Mel Gibson-starring film as an apocalyptical event has happened and the Earth has been left a barren wasteland and water has become the new currency in the world. A small community is trying to rebuild with plants and life growing in the wastes but when their water runs out, they send out a party to help find water. Unfortunately, that’s a problem because a horde of bandits attacks them and we get a nearly identical battle between vehicles as some of the MAD MAX films, albeit done on a much lower budget. When they discover the location of a functioning water well, the fight is on to get the water and save the community while avoiding the bandits. Mix in a boy with a mechanical arm, a strange car mechanic that has created a super car in the wastes without any explanation, weird mutated water hoarders and a king bandit that can’t stop saying “mother grabbers” and you have one hilariously strange offering Shout! Factory.