A most violent year review 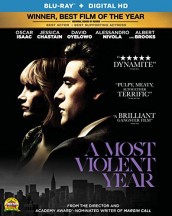 A MOST VIOLENT YEAR Highlights this week in Blu-ray, DVD and VOD Releases 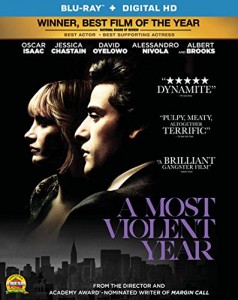 A MOST VIOLENT YEAR – For a film that has the word “violent” in the title I was kind of hoping there would be a bit more violence going on. A better name for this film should have been MAN STRUGGLES TO KEEP OIL COMPANY AFLOAT. Granted, this doesn’t sound nearly as snappy. This is not an action flick, not even close, so if you are expecting that, change your expectations immediately going into this film. Instead, it deals with Abel Morris’ (Oscar Isaac, who has been cast in the new STAR WARS films) issues with fending off not only a federal investigation into his business practices but fending off a group of bandits that keep stealing his heating oil delivery trucks. While those around him want Morris to arm his drivers to protect them, Morris is against it because he believes in his soul the company is sound and just and shouldn’t stoop to those levels. He also doesn’t want any more heat from the feds because of the case they already have against him but because he is also trying to purchase new land in order to expand his heating oil empire. For a drama, it isn’t half bad. Isaac is especially good as the troubled CEO of his business and trying to do the right thing in the face of so many people trying to stop him. But don’t expect a lot of violence or action in it. 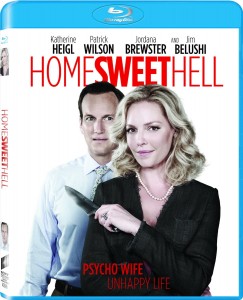 HOME SWEET HELL – This is one of those films that doesn’t exactly go in the direction you think it will or the turn people take when something really bad happens to them. Don Champagne (Patrick Wilson) owns a furniture store and has a loving house. At least on the outside. Look deeper and his wife (Katherine Heigl) is a control freak that keeps literally everything in a calendar and runs their lives with an iron fist.

When he hires a hot chick (Jordana Brewster) and begins having an affair, things turn deadily as she tries to frame him and he confesses it all. Instead of seeking a divorce, his wife enacts a plan to kill her. But things get more complicated when the woman had a boyfriend that helped run the scam pulled on Don and he comes looking after she’s gone.

I learned a lot from HOME SWEET HELL including: 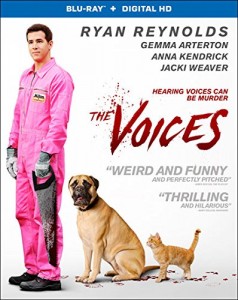 THE VOICES – This is an odd black comedy about a fairly gentle guy that happens to have a whole slew of evil voices that berate him about his life and eventually get him to kill a bunch of women from his office. Think AMERICAN PSYCHO if Patrick Bateman wore a pink jumpsuit and did the conga line and wasn’t a complete a**hole. In fact, Jerry (played by Ryan Reynolds) is very likeable in a goofy sort of way except for the fact that whenever he gets close to anyone he has a tendency to, well, kill them. Then chop them up and keep their heads in his refrigerator where the disembodied heads then talk to him as well as his cat and dog. It’s a wacky film and Reynolds does a good job with all the various voices he is asked to do (giving me hope that his turn in DEADPOOL will be a smashing success). The comedic elements are strong here as well with Jerry having to visit a psychologist because his mother was also batsh** crazy and there is a fear he may begin having issues himself. Of course, the joke is that he already is having major issues and has to skirt by telling the shrink about what he isn’t doing. Interesting enough to check out if black comedies are your bag.