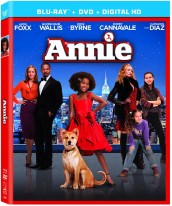 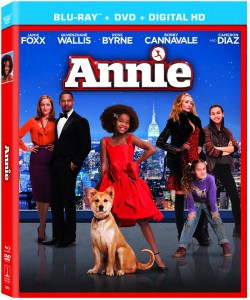 ANNIE – Yes, Hollywood has no new ideas but people have been redoing ANNIE since the dawn of time and so when an updated version came to theaters a few months ago it wasn’t so much a shock as it was a natural order of things. The hook here is that Daddy Warbucks has been replaced here by Will Stacks (Jamie Foxx) who is a mayoral candidate in New York City and her mean foster mother is Miss Hannigan (Cameron Diaz) that has created a hard knock life for Annie (Quvenzhane Wallis). Of course, Stacks takes on Annie as a campaign move to make himself look better causing his popularity to go up. But Annie’s take on life and what she has been through helps Stacks find himself in a new light and thus his campaign to take an interesting turn. For those that enjoyed the traditional ANNIE, this one probably won’t be for you as the cheerful orphan here is more like a street-wise kid that can hustle with the best of them despite her good intentions. While this might make people cringe, it definitely updates the character to a more modern take. Also many of the songs have been changed to fit a more urban, modern feel as well with hip-hop versions of “Hard Knock Life” and more. Still, given how many variations the play and film versions of ANNIE has gone through, this is definitely a different take and an interesting one. 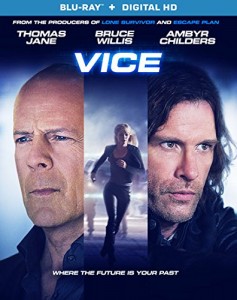 VICE – A direct-to-video science fiction action flick starring Bruce Willis and Thomas Jane, both of whom have become direct-to-video superheroes of late, about a not-too-distant future where robots have been established as pleasure models and fodder for humans to take out their frustrations or sexual desires upon. These models are then cleansed of any memory of the event and put back on the line to be killed or abused yet again. But when one of the models becomes self-aware, she escapes the facility where she is being held and a chase to track her down before the reality of the robots comes out in the public. Jane stars as a detective searching for answers that will reveal Vice, the company behind the robots, as bad guys and Willis plays the smarmy CEO of the company that will stop at nothing to prevent from being captured. VICE is a pretty milquetoast action flick with nothing really new or interesting to set it apart from just a normal action chase flick other than a science fiction hook and even that is fairly lame and is never fully realized as it is too busy dealing with the Jane/Willis confrontation and a tragic romance between one of the founders of Vice and the escaped robot crafted in the image of his dead wife. 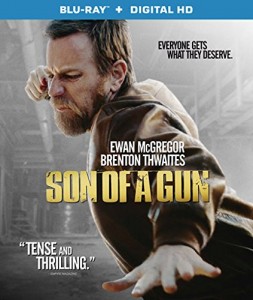 SON OF A GUN – A decent enough direct-to-video action thriller starring Ewan McGregor as an Australian convict that takes a younger convict under his wing, gets him to bust McGregor out of prison and then go on a robbing spree across Australia. While this would never work as a mainstream movie because they production values aren’t there and the storyline is something that has been done many times over. McGregor is a fine actor and that doesn’t change just because it is direct-to-video or an import from down under. There are some interesting moments here including a pretty good car chase complete with a very good get-away driver and some decent enough shoot outs. But nothing is going to surprise you here, so if you want a decent action flick and can tolerate the accents this might be something to check out if you have exhausted all of your other action options. 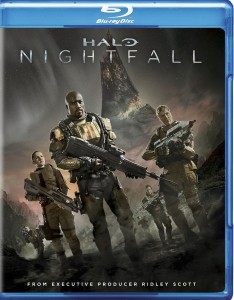 HALO: NIGHTFALL – As far as movies go that piggyback on popular video game franchises go, you could certainly do a hell of a lot worse than HALO: NIGHTFALL. Based on the popular Microsoft Xbox franchise HALO, the live action flick focuses on a group of Spartans (elite human military) that are tasked with defending a planet from the evil Covenant that have already attacked the planet with a deadly virus. Tracking the origin of the virus to a Halo orbiting a distant world, the group signs on with a local group of militia and head off to the Halo in order to nuke the platform before more virus can be created. But when they arrive, the Halo has already been ravaged and nearly destroyed with only a fraction remaining. When they land they find out why as they are attacked by a gnarly worm beast – or a series of individual worms that form a larger one – that is attracted to technology. Faced with a no-win situation, they begin to turn on each other but still with a mission to complete. While not necessarily a film that will progress or detract from the HALO franchise, it is a nice companion piece under the same umbrella and with impressive special effects and a decent storyline, it is worth checking out even if you don’t have any clue about HALO. 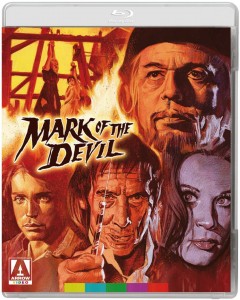 MARK OF THE DEVIL – This is one of those old school brutal torture horror movies from Europe’s glory days of exploitation and debauchery. Set somewhere between the 14th and 17th century when witch hunting was at its height, the story centers on a nasty inquisitor that arrives at a small town that has been wrought with the burning of people believed to be conspiring with the devil. In order to get these people to confess to their allegiance with Satan, they are tortured in some really awful ways and in great detail in MARK OF THE DEVIL. The title gives a hint as to what they are searching for when doing these inquisitions and during their bouts of torture. If they don’t get what they want, they torture them harder. When a young inquisitor (played by a youthful Udo Kier) strikes a fancy to one of the accused witches, his allegiances are tested and he begins to question what they are doing to these people. It’s been more than 40 years since this film debuted and it is available for the first time on Blu-ray from Arrow Video that has acquired a host of old school flicks it will be releasing over the course of the next few months. MARK OF THE DEVIL is a great example of exploitation flicks that really pack a punch with unbridled torture, gallons of blood, terrible acting and ludicrous reasons for crying witchcraft (including operating puppets). And finally we get all of this in stunning high definition. 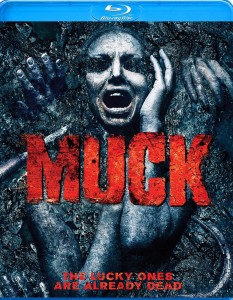 MUCK – An interesting horror flick that supposedly is the middle film of a trilogy. MUCK is the second film with the prequel just finishing a successful Kickstarter and is currently in production after getting funded. So the beginning is a bit weird because you are quickly forced to realize something came before what we see in the opening moments of MUCK. The cool thing about this flick is that they raised the funds for the first film with the intention of creating an old school slasher flick with no CGI and delivered in high definition. And it shows, the production values are very strong in MUCK and the 4K resolution really is shown when the action and horror elements kick in. Now, that doesn’t mean the storyline is brilliant because it isn’t, at best it is pedestrian with loads of plot holes throughout as well as the typical dumb moves being made by dumb victims. This is despite some clever banter about how they have all been sucked into a horror movie and not to do stupid things. I also would have preferred to have seen many of the kills more in your face rather than left up to the imagination in some points but when dealing with a tight budget that sometimes is a necessity. Overall, MUCK is enjoyable and is different enough that it is worth checking out and hopefully the funded prequel will be as well.