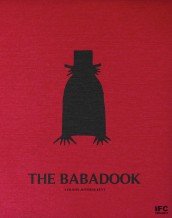 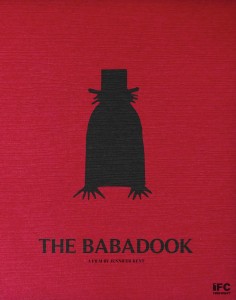 THE BABADOOK – “If it’s in a word or in a look, you can’t get rid of THE BABADOOK.” So goes the horrifying children’s book that begins this at times crazy, at times quite boring, at times incredibly scary horror flick. To start with, THE BABADOOK isn’t going to appease fans of gore and blood – there is little of it at all within the movie. But if you enjoy monsters that go bump in the night movies and supernatural flicks, this is going to be right up your alley despite it being very slow paced at certain points. Also, if you want a strong cast with lots of interaction between actors, you won’t find it either as this story involves a widowed woman, her young son and a gnarly beast that will not leave you, perhaps forever. When the woman and son are dealing with the death of the father but when a book mysteriously shows up depicting a crazy creature that basically becomes an unwanted squatter in your house while trying to kill you, the sinister events unfold like clockwork in real life.

Like I said, there are times when THE BABADOOK is crazy spooky. Moments when the creature appears out of the shadows or comes out of nowhere or when after the woman destroys the book, it reappears but with new text that is even crazier than the first time and dripping with violence. These are the moments where the movie shines and is very original in a lot of ways. However, between these periods there are sloooow moments where it drags until the next good point. But what’s good is definitely better than the slow moments and the tension between the mother and son becomes intense and more so when the demon gets control of the mother who stalks her son with a surprising sinister passion. Again gore hounds won’t like it but everyone else should definitely give a word or a look for THE BABADOOK. 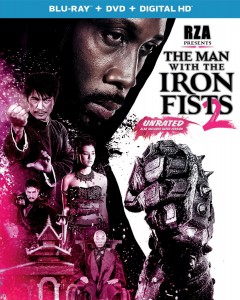 THE MAN WITH THE IRON FISTS 2 | © 2015 Universal Home Entertainment

THE MAN WITH THE IRON FISTS 2 – The original movie was not bad with a decent cast and a fairly good storyline about Chinese fiction and myths combined with a blacksmith that gets his hands chopped off and replaced with fists of iron. The blacksmith is back (again played by rapper RZA) in part two but gone are all the other major cast members and have been replaced with a variety of actors that have made a decent living acting in a variety of Asian action flicks over the years. Here, the Blacksmith finds himself embroiled in a small town Civil War that has been brewing for quite a while after a group of antagonists occupy the town because of the local silver mine. There, they take liberties with everyone’s health – read, kill them – if they get out of line. It all comes to a head when the Blacksmith and the miners finally revolt in a crazy knock-down, drag out fight between the two clans. While there are some good fight scenes here and the acting of everyone is decent with the exception of RZA who is pretty awful, this is obviously a cash grab to take advantage of the name brand of the first film. Still, it is decent enough in terms of action to check out if you like marital arts flicks. 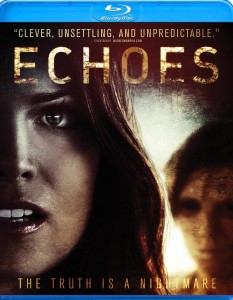 ECHOES – ECHOES is a slick horror flick about a troubled relationship between a man and a woman and a remote, highly-sophisticated house out in the middle of nowhere. The woman has issues. She has a history of mental illness but takes medication to help it. But when she is left alone in the house for a few days she begins to see visions and is haunted by extreme nightmares of a woman that’s a ghostly figure. There are also numerous markings on her window in black paint. After she sees herself on one of the security cameras kill one of the locals that was trying to help her, she begins to lose it even more as it becomes obvious something is possessing her. When her boyfriend returns at first he thinks she is just going crazy again but he has secrets of his own. Secrets that reveal what is going on and why and the woman must embrace her ghostly specter in order to escape the torment surrounding her. While there isn’t anything new here in ECHOES, the film is well done, the production values are top notch and the acting is good enough to get by. Original? No. Worth watching still? Yes. 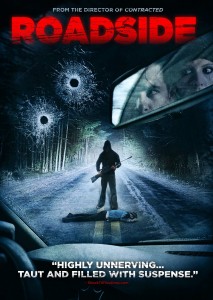 ROADSIDE – Well, not everything can be a winner when it comes to horror. That’s actually a hilarious statement given a lot of the films in the horror genre are straight sh**. Needless to say, ROADSIDE falls into this category. There isn’t a lot to like here. It is a plodding story with a predictable finish filled with boredom in-between. The story follows a man and his pregnant wife that for no real reason are traveling back roads in the snow and get stopped when a tree blocks their path on a road. When the husband exits the car to check out what’s going on, a dude with a sniper rifle and menacing deep voice (ooooh scary!) tells him not to get in the car or he’ll shoot his pregnant wife. They can’t see the guy but he fires off a few shots just to get their attention. Of course, there is a game of cat and mouse. Of course, she goes into labor right there. Of course, there is some inane plot twist with the stalker. Of course, some red shirt bites the dust. Nothing to see here, people, move along. 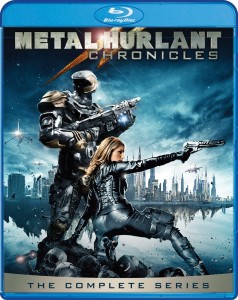 METAL HURLANT CHRONICLES: THE COMPLETE SERIES  – This is an interesting series that was developed in Europe based on the French comic book magazine METAL HURLANT, the predecessor to HEAVY METAL (in fact, many stories from the French magazine were translated into HEAVY METAL). Told through 12 separate half-hour episodes, the science fiction series is only connected via a comet that contains the last vestige of a dead world consumed with only the hate and sadness from that world that influences those people it passes (either Earth or other worlds or spaceships). Now, there is no comet in the comic book magazine so it is purely for anthology purposes. Most of the episodes deal with some variety of science fiction elements such as assassins, space captains, lost worlds, technology gone wrong but others deal with societies that have either never progressed out of a feudal period or reverted back to it. There are some name brand actors that are in the series as well including Kelly Brook, James Marsters, Michael Biehn, Michelle Ryan, Rutger Hauer and Michael Jai White. Not surprisingly, not all episodes are created equal and some are much better than others. The cool thing is that all the episodes were directed by Guillaume Lubrano so the episodes maintain the same feel throughout the series and it is interesting to see these old tales come to light. Plus, now that the series is in high definition – thanks to Scream Factory – it looks great. Well worth checking out if you fancy some non-traditional science fiction or were ever a big fan of the TV show LEXX as it has a very similar odd feel. 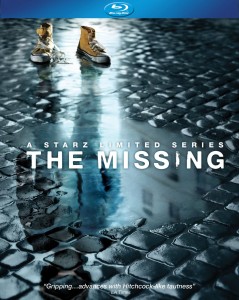 THE MISSING – It’s a parent’s worst nightmare. Take your eyes off your child for one moment and they vanish. Who has them? Where did they go? Is someone harming them? The lack of control, the fear, the utter hopeless is captured in THE MISSING – an eight episode drama that originally aired on British television but was brought over to the States and aired on Starz. Starring James Nesbitt, Frances O’Connor, Tcheky Karyo and Jason Flemyng – and impressive cast for any television show. Tony Hughes (Nesbitt) is devastated after he loses his son during a family vacation in France the show follows the initial abduction in 2006 in flashbacks and his return to the small French town where he went missing in 2014. The show follows the effects of the kidnapping that it has on the husband and wife but as well as how child abductions are handled in the media. Over the course of the show’s season we see the hideous crime from a variety of points of view in a very emotional and heartbreaking way. Good TV indeed.

Brooke Burns on THE GOURMET DETECTIVE: A HEALTHY PLACE TO DIE - Exclus...
DORKING OUT - Episode 46: The Guardians Of The Galaxy Save Franchise F...
Movie Review: WONDER WOMAN
GOTHAM: Erin Richards on the final season and her directorial debut - ...