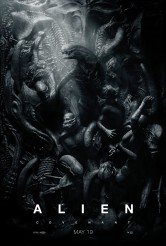 A problem of priorities 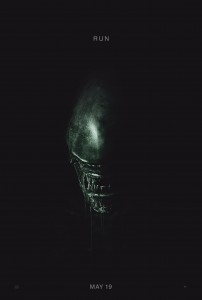 Ask any prospective audience member what genre they expect ALIEN COVENANT to belong to and the answers will be horror, space horror, monster movie or some variation thereof. ALIEN COVENANT broadly fits these parameters – it has aliens of various shapes and sizes that are found in space and behave monstrously – but it has more serious aspirations. It wants to be big-concept science fiction and a thriller, and it doesn’t have enough depth for the first, or enough effective misdirection for the second.

Ridley Scott, the director who brought forth the original ALIEN film in 1979, and who helmed 2012’s PROMETHEUS, the immediate prequel to ALIEN COVENANT, is in charge again here. As is to be expected with Scott at the wheel, ALIEN COVENANT looks terrific. The story, however, comes in fits and starts.

First, we’re with the billionaire scientist Weyland (an uncredited Guy Pearce, reprising his role from PROMETHEUS), and the then-new android he’s made, David (Michael Fassbender, also back as his PROMETHEUS character). The two have an exchange about what it means to create and to be created, and Weyland unconsciously shows that he’s got less than great parenting skills.

Then we’re into the future – ten years since the events of PROMETHEUS, as it turns out – and on board the space vessel Covenant. Covenant is a “colony” ship, bringing 2,000 prospective settlers and a number of human embryos on a long voyage to a habitable planet. Unfortunately, a solar flare hits the ship, waking everyone up out of stasis with seven years to go. The captain (an uncredited James Franco) is killed in a freak accident, leaving his less-than-confident second-in-command Oram (Billy Crudup) in charge. Among the crew is the android Walter (also Fassbender). Then a very weird, faint digital transmission brings to the crew’s attention a hitherto undiscovered planet. New captain Oram and old captain’s widow, crew member Daniels (Katherine Waterston), butt heads over whether or not they ought to see if the new planet might make a better home than the one that has been previously selected.

This particular argument echoes back to some of the arguments Ellen Ripley (Sigourney Weaver) had in the original ALIEN with some of her crewmates. But what else does it have to do with aliens? It’s not hard to guess.

What is hard, though, is to stop second-guessing the characters. One gigantic blunder seems to be investigating the hitherto unknown world after they’ve spent a decade vetting the other planet where they’re supposed to settle. Without any knowledge of the new planet, a portion of the crew touches down without protective gear. Are they taking every precaution known to science? No. Are they taking even the precautions someone afraid of malaria might do if traveling to the tropics? No again. Do people, some of them scientists, react with surprise, not to say excitement, when they encounter proof of extraterrestrial life (besides the aliens) that they don’t appear to have known about before? That’s another negative. Are we supposed to take these people seriously? Yes, even before ALIEN COVENANT returns to the topics of humanity’s place in the universe, what constitutes genuine emotion, and more.

There is also one character who turns out to be, quite literally, a screaming idiot and a few others who are, shall we say, very credulous. In the original ALIEN and its first sequel ALIENS, there weren’t large parts of the plot that hinged on people making clearly bad chioices.

Then there’s the decision to spend a lot of the running time mulling over Creation and creation, big and little “C.” The questions are perfectly valid and they even have dramatic potential. But in an ALIEN movie, these scenes either need to move ahead fairly quickly, or else have a weight and momentum that ALIEN COVENANT does not achieve. Trying to overshadow the terror factor of the aliens with anything else is counterproductive when what’s being sold is a terrifying ALIEN movie.

And here we come to the part that, had it worked, would make all the rest less important. ALIEN COVENANT just isn’t scary. It’s gory, and there are a few sequences where we see variations that deserve a better look, but never do we feel the kind of dread that marked the first ALIEN, or the kind of battle fever invoked by ALIENS. It’s not that we’re over-familiar with the creatures – they are still impressive-looking killing machines – but even huge, multi-jawed monsters need the right kind of build-up and environment to strike fear into our hearts. ALIEN COVENANT has some good notions and some good actors, but it doesn’t have the soul of a horror movie or the chops to be mild-expanding sci-fi.