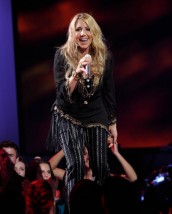 And while the rest of the judges loved everything, in reality it was average again

Something interesting happened last week on the world’s greatest karaoke competition, AMERICAN IDOL, I got all the picks right.

I’m as shocked as you. I predicted that Erika Van Pelt, Heejun Han and DeAndre Brackensick would be in the bottom and that Erica would be going home. That’s what happened. I guess the sun does shine on a dog’s ass every so often.

Anyway, this week on IDOL the contestants are singing songs from their own personal idols with the help from Stevie Nicks as the mentor.

So, let’s get this show that can’t be bargained with, it can’t be reasoned with, that doesn’t feel pity, or remorse, or fear, and that absolutely will not stop, ever, until you are dead, started. 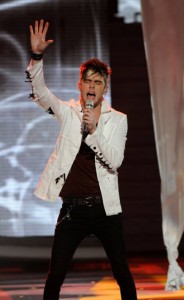 Colton Dixon
Song: “Everything” by Lifehouse
What I Thought: This was definitely a different take on what we have seen from Colton thus far but I’m not sure if it did him any favors. As a rocker, I understand the power ballad but I’m not sure if it was time for him to pull it out. It might have been better in a week or so when it gets to the point where only the really good people remain. It wasn’t bad and I’m sure much worse will be heard tonight but I’d probably have advised him to wait on the power ballad.
What the Judges Thought: Steven said he had perfect pitch and a star quality. Jennifer was moved and thinks he’s amazing. Randy thought his performance was unbelievable.
Grade: B 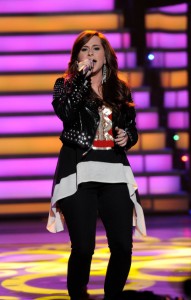 Skylar Laine
Song: “Gunpowder and Lead” by Miranda Lambert
What I Thought: Skylar is hoping that the door won’t hit her where the good Lord split her by showing off her Seacrest-proclaimed sassy side. The skeeter-hunting, possum-eating lass actually did pretty good and this was probably my favorite performance from her so far. It has been proven a few times now that the voting public loves country music – Scotty McCreery won last year and obviously Carrie Underwood – so it isn’t at all out of the realm of possibilities she’s in it for the long haul.
What the Judges Thought: Jennifer said she has unbridled energy. Steven said it was over-the-top and like she was singing to her old friend. Randy
Grade: B 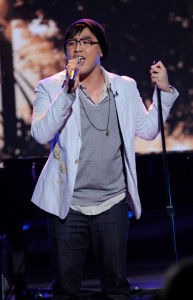 Heejun Han
Song: “A Song for You” by Leon Russell
What I Thought: Not a shocker that Heejun went back to his crutch of a ballad. After stinking it up royally last week, he needed to at least be comfortable with himself to even stand a chance of surviving another week. For me, I was put to sleep. I’m not a fan of ballads to begin with and those that are just utterly slow and boring makes it that much worse. Of the last three weeks, this was probably his best effort vocally but I still think the previous week just hurt is overall chances and he’ll still be in the bottom but he may have bought that one more week.
What the Judges Thought: Steven said he turned it around and showed his natural talent. Jennifer said it was beautiful and proved why he is here in the competition. Randy said the Heejun we selected finally came back to us.
Grade: C+ 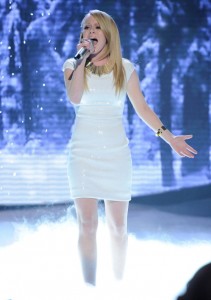 Hollie Cavanaugh
Song: “Jesus, Take the Wheel” by Carrie Underwood
What I Thought: At least this week they didn’t dress her as a grandma or a trailer hooker, by far the best outfit of the last three weeks. Hollie I think can be one of the powerhouse performers in this competition if she chooses the right material. Her voice definitely is there. But she has to start having those moments that the judges love to talk about, this was good, but it wasn’t it. I said in the past that I thought Jessica Sanchez might be a shocking elimination, now I’m getting the same feeling about Hollie.
What the Judges Thought: Randy said it wasn’t perfect but she did a good job. Jennifer disagreed and thought it was one of her best performances. Steven thought it was not the best song as it didn’t show her vocal talents as much as he would like.
Grade: B 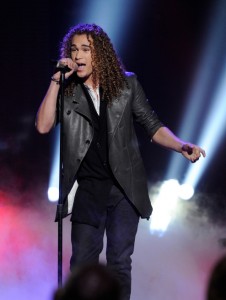 DeAndre Brackensick
Song: “Sometimes I Cry” by Eric Benet
What I Thought: Here’s the problem with DeAndre, he’s already in the hole because he was not chosen as one of the Top-10 to begin with. Beyond that, as much as the judges keep saying his voice is unique and stands out, I think just the opposite. I think he’s the type of talent that is on the radio a dime a dozen. Yeah he can go wicked high, but that’s it. He’s a one trick pony. That’s why he’ll be in the bottom again this week.
What the Judges Thought: They gave him a standing ovation – really? I don’t get it. I’m getting Bracken-sick of the praise they heap on him. Steven said it was beautiful (the word of the night for Steven). Jennifer said he has hand’s down one of the best voices in the competition and urges people to vote for him – at least she isn’t masking her bias, right? Randy liked that he went back to being an R&B singer.
Grade: C 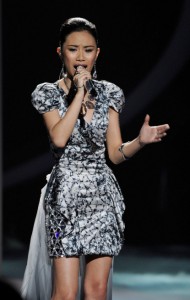 Jessica Sanchez
Song: “Sweet Dreams” by Beyonce
What I Thought: There are so many good things about Jessica Sanchez that it’s hard for me now to think she won’t be going deep into the season. First, she has been blowing it out the park so much that she isn’t even in danger each week – not even close. I thought for sure she’d be a “shocking” elimination one week, but not any longer. The other good thing is that she’s young and cute and stylish. The other thing is that she keeps picking modern songs. This is important because many of the contestants while picking their idols, aren’t doing it smartly and picking popular songs people will know and connect with. “Sweet Dreams” everyone will know, even this interesting and toned down version. Best of the night by far, so far.
What the Judges Thought: Jennifer thought it was gorgeous. Steven thinks she’s a star no matter what (and called it beautiful, of course) Randy was amazed by her maturity as a singer and is natural talent.
Grade: A- 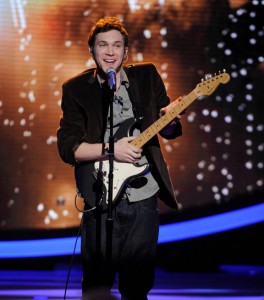 Phillip Phillips
Song: “Still Rainin’” by Jonny Lang
What I Thought: I might be souring on Phillip Phillips. You know when you listen to too much of Dave Matthews or Hootie and the Blowfish (not that I would) or any of those adult contemporary type bands that all sound the same? Yeah, after a while you want something different and interesting that will give your ears something cool and fresh. Phillip is the same, each week. There is no changing what he will do because obviously that’s where he is good at. I’m not thinking he will be eliminated soon, but if I’m souring on him, good chance others are as well.
What the Judges Thought: Another freaking standing ovation, really? Jennifer thought it was amazing. Steven said he owns every song he sings. Randy says he is what he is and that’s a good thing because he is good at it (which sort of proves what I said).
Grade: B 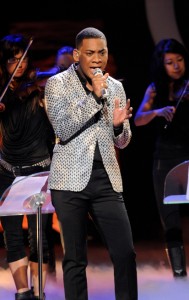 Joshua Ledet
Song: “Without You” by Harry Nilsson
What I Thought: Here’s the problem with Joshua. Unlike DeAndre, who I think isn’t all that different from other singers out there (unlike the judges), Joshua has pigeonholed himself into this gospel singer mentality. Now, again that’s what he is good at. He’s a great singer when it comes to that. But when you have Jessica Sanchez changing stuff up and still delivering, you have Skylar changing it up (to an extent) and still delivering and you Colton Dixon changing it up and still delivering, he’s gotta change it up. It is, in some respect, similar to Phillip Phillips. At some point, we will sour on the same ole, same ole.
What the Judges Thought: I guess I must be the only one thinking that none of the songs they have stood for deserved it. Yes, they are sung well, but not standing ovation type. In fact, the one song that I think was the best of the night with Jessica they didn’t stand. Whatever. Randy thought it was brilliant. Steven loved that he pulled his heart out for us. Jennifer called his voice a godsend.
Grade: B 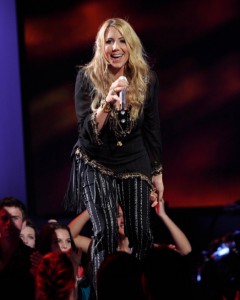 Elise Testone
Song: “Whole Lotta Love” by Zed Zeppelin
What I Thought: I think this is only the second time Zeppelin has been on IDOL and once again it is a welcome change from the stuff we normally get. I’d kill to hear some Pink Floyd on the show. This is why you gotta love Elise, she’s a hard core rock goddess and isn’t changing it for nobody. Unlike Phillip and Joshua, however, she’s mixing it up nicely so we aren’t getting the same type of song every freaking week. It got her in trouble for a few weeks while she sorted it out and had to live through some of the “theme” nights but this performance and last week’s show she needs to be on the show for a while longer.
What the Judges Thought: Jesus, why give them chairs? Once you use out the standing ovation what will they go to next, “Woo! Woo! Woo” Arsenio Hall-style? Steven said she made him proud. Jennifer said she is a genuine rock star. Randy said it was one of the hardest songs to sing and she nailed it.
Grade: B+

So who will be in the bottom three this week? Heejun Han, DeAndre Brackensick and, this last one is a tough one, but I’ll say Hollie Cavanaugh.