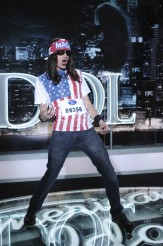 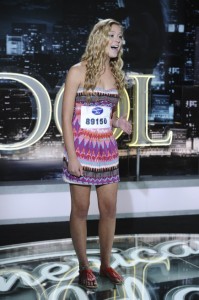 So here we are again for yet another round of the same ole, same ole on the world’s greatest karaoke competition, AMERICAN IDOL, coming from lovely Aspen, for what I believe the first time in the show’s history.

First the good news, IDOL was only one hour tonight instead of the usual two. The bad news is that there was literally nothing different from the other three audition episodes other than the people singing (and for the matter, no different from the 10 other seasons during auditions).

I’ve said this for years now, but it just serves no purpose to continue to show these auditions the way they do. They could take in a two-hour episode the entire audition process and condense it into highlights – showing the good only and the various places they visited. Then, they just start the show in Hollywood Week where things get actually interesting.

Yet, year after year, we get these auditions which are meaningless to the whole show because everything that really happens goes down in Hollywood Week. Not only would this discourage the freaks, geeks and talentless people from showing up, but it would give us ample amount of time to get to know the real singers and their potential.

Anyway, as I already said, nothing really exciting happening during the Aspen auditions but here’s what stood out for me: