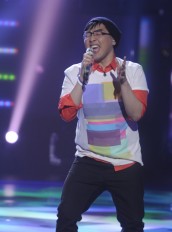 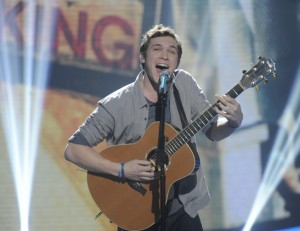 I found it extremely interesting this week on the world’s greatest karaoke competition, AMERICAN IDOL, that they started the show with a look back at Shannon Magrane’s departure and how broken up everyone was.

They should be thanking their lucky stars. They just got a ticket to do something that will make them some money in the summer tour. Why be sad? She was just going to be voted off eventually just like you, DeAndre, and you, Heejun, and you, Erica, and you, Elise, and you, Colton.

This week is Billy Joel night because you know how contemporary he is and how much of a driving force on music today he is. Oh wait, that’s right, 60 percent of those watching IDOL won’t even know who he is and we’ll probably see a face palm collection of various Tweets from people asking “Who the f*** is Billy Joel?” Not only did they have Billy Joel songs to work with, they got Diddy to help them out … because he’s well versed in classic pop/rock. Are there two more different artists than Diddy and Billy Joel?

I think it’s time that they retire the gimmick of older musicians being the focus, it really doesn’t serve what they are doing here and the judges will just rip them for being non- contemporary, which is ironic to say the least.

DeAndre Brackensick
Song: “Only the Good Die Young”
What I Thought: Haha. No really, what the heck? Hard … to … type … laughing … too much at this. They let this guy back in this competition? Seriously? Calling this a hilarious train wreck doesn’t even begin to start it. It was beyond awful. Terrible way to begin the night … or great way as I haven’t laughed that much all night.
What the Judges Thought: Steven calling it too happy is his way of saying it was awful. Jennifer liked his laid back vibe. Randy wasn’t jumping up and down as it didn’t show his talent but it was OK.
Grade: D- 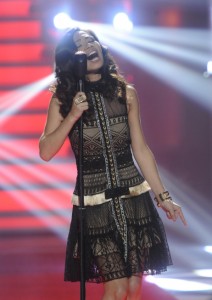 Erika Van Pelt
Song: “New York State of Mind”
What I Thought: Erica has a huge uphill climb against her. She was in the bottom last week and it goes to show you that once you are in the bottom, much of the voting bloc tends to shy away from you because why waste their votes on a loser or get invested in someone that is just gonna leave the following week? That makeover didn’t do her any favors either. Look I get it she needed some changes but radical changes that will make the audience think “who the hell is this chick?” was a terrible choice. She was blonde and with mid-length hair, now she has a black pixie cut that no one will identify with the person they have seen for weeks and weeks. The song, eh, didn’t do her any favors either. Wasn’t special, wasn’t something that stands out nor will win her any additional votes with tweens that don’t know the song but only know it was slow and boring.
What the Judges Thought: Randy loves her new look and even said that Jennifer didn’t know who she was … thanks for making my point. Jennifer loves her hair but wants her to let loose more. Steven thought it was outstanding.
Grade: C

Joshua Ledet
Song: “She’s Got a Way”
What I Thought: Joshua is one of the strongest performers among the finals and I could easily see him making it to the end … that is, if he can break out of the mold of being just this gospel/soul singer (they have one like Ledet every season, and they always get voted out). I like it, I think he has a great voice and this song was no different. But, it isn’t a pop IDOL type song in how it was sung and he constantly does this and in the long run if he can’t adjust his great voice to singing more popular-type tunes, he may be a “shocking” elimination.
What the Judges Thought: Jennifer thought he sings so crazy but she didn’t like the choir aspect so much and she needed to see him connect to the lyrics more. A nice way of saying be more modern pop and less gospel. Steven said he sang the sweat out of this song. Randy liked parts of it but didn’t like some of it either.
Grade: B-

Skylar Laine
Song: “Shameless”
What I Thought: Skylar was ridin’ a gravy train on biscuit wheels this week with converting a Joel song to hillbilly magic. Luckily, she brought out her chocolate banjo and I was drinking some likkor and so maybe I missed out on something. I was just surprised the makeover they gave her didn’t involve a mullet and overalls, but hey maybe next time. I did find it amusing they stuck a dude with a truck driving hat right next her in the opening shot, just saying. The song? Billy Joel should never be so butchered as it was in this version but I get they are “making it their own.”
What the Judges Thought: Randy said she was pitchy but she came back from it. Jennifer called her fearless. Steven said it was good (why is he here again?).
Grade: C 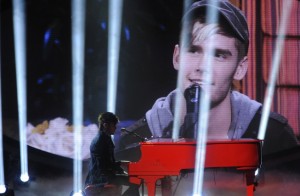 Elise Testone
Song: “Vienna”
What I Thought: Elise was the other in the bottom three last week. She was also in the bottom the first week as well. As I said with Erica, once you are in the bottom, it is a hard place to climb out of because people won’t vote for losers or those leaving the show soon. For Elise, that is too bad, because she’s one of the stronger performers on the show. I think she has some range in her style and her voice while isn’t the best among the finalists, is unique for sure. And she really shined here in what was the best performance by far tonight. This was a great performance and if this doesn’t drag her out of the bottom, nothing will until she’s finally gone.
What the Judges Thought: Steven loved the melody and had more heart than anything. Jennifer loved it and showed who she is. Randy said she is unbelievably talented and called it the moment of the night.
Grade: B+

Phil Phillips
Song: “Movin’ Out”
What I Thought: I loved the showcase with Diddy and Phil as it really showed he liked the dude a lot and what he was giving out. Maybe because he can actually adapt the song to more of how it should be done in a modern way – not country, not gospel, not whatever DeAndre did. It was definitely a Dave Matthews take on Billy, which is a fitting sound. It was good and they definitely put the crap toward the beginning and are moving to the better stuff later in the show.
What the Judges Thought: Jennifer said he is what he is and it was awesome. Steven said it was beautiful (and we have the word of the night as last week he loved everyone’s voice, this week everything is beautiful). Randy said he didn’t follow the mentor’s advice but he still is unbelievably talented and called it one of the best renditions of the song ever (or EVAR).
Grade: B+

Hollie Cavanaugh
Song: “Honestly”
What I Thought: Hollie wore something her grandmother would wear last week as the fashion expert pointed out. This week she went trailer trash hooker with a ‘80s Farah Fawcett hairdo? What the hell? That really isn’t an improvement. Luckily, this isn’t FASHION IDOL and this chick can sing. In fact, I’m going out on a limb to say she is the frontrunner in the competition as she just booms the hell out of everything she gets. This week was not her best effort but still not bad. I would like to see something other than a ballad from her, however, so hopefully we’ll see that soon.
What the Judges Thought: Steven said it was pitchy but good. Jennifer said she needed more practice on the song as she didn’t nail the song. Randy thought the chorus was good but the verses needed work.
Grade: B- 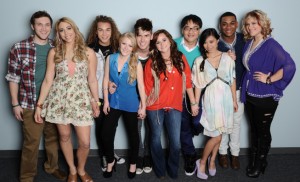 Heejun Han
Song: “My Life”
What I Thought: While I am amused that Heejun tried to bring some of his personality to the performance, you can tell his accent is really beginning to poke through more than ever before. Not sure if it was just because of heavy editing or what in the audition process but you can really begin to tell that it’s pretty thick. This was an improvement because he added these aspects of his personality into the performance but still not that a great singing effort. My guess is he’ll be around one more week because of it though. Heejun’s shaping up to be this year’s Sanjaya, he keeps cranking out the bad performances but sticking around.
What the Judges Thought: Jennifer loved the fun brought to the song but maybe the vocals weren’t that great. Steven (obviously annoyed with the whole thing) said he needs to take things more serious but he has a great voice. Randy thought it was entertaining but still had issues with the vocals.
Grade: C

Jessica Sanchez
Song: “Everybody Has a Dream”
What I Thought: Jessica is one of the others that I could see in the finals given how much of a booming voice comes from such a tiny chick. Not just that but it is crazy good. This was crazy good too and if she keeps it up I take back what I said about her being a shocking elimination. Just nothing to say but it was crazy good.
What the Judges Thought: Steven says that when God gave out vocal chords she was at the front of the line. Jennifer said that it seemed like Joel wrote that song for her. Randy called her flawless and she had a moment.
Grade: A-

Colton Dixon
Song: “Piano Man”
What I Thought: This was a song right up Colton’s alley as it played to his strengths as an alt-rock ballad. While this type of performance isn’t going to compete vocally with what Jessica did, it is the overall way he did it that will garner votes – keeping it toned down while adding his own rocker flare. He’s not going anywhere anytime soon.
What the Judges Thought: Jennifer said he sings from pure feeling. Steven said it was stunning and he is a great singer. Randy said it was a touching performance in the simplicity.
Grade: B

So who will be in the bottom this week? I think it will be Erika, DeAndre and Heejun. With Erika getting the boot this week.

UPDATE: Who got the Boot? Was it Erika? Click on the link to find out.