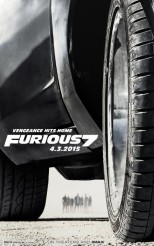 The usual mix of astonishing action and rational implausibility, this time accompanied by an unearned but thorough gut-punch 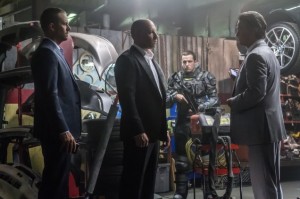 Fair warning, just because this is not what one expects from a FAST & FURIOUS film: FURIOUS 7 ends with a thorough gut-punch that has nothing to do with what happens in the film. As is widely known, Paul Walker, who plays FAST & FURIOUS series stalwart Brian O’Conner, died in an off-set accident during filming. The filmmakers, courtesy of judicious editing, the use of CGI and Walker’s brothers as body doubles, do a terrific job of concealing this fact. However, there is a climactic montage as one of the other characters reflects on his past via a montage of clips from the previous films, done in a way that will have a lot of people feeling like bursting into sobs, regardless of any conscious emotional connection (or lack thereof) to Walker. This is done with great respect and great love. It feels completely appropriate, it’s just not the sort of experience that is normally generated by what is otherwise a big crazy action movie.

Apart from that, Mrs. Lincoln, FURIOUS 7 continues pretty much from FAST & FURIOUS 6 as we might expect. Viewers of the previous film in the franchise will recall that, after destroying half of London in the effort, our crew headed up by Dominic Toretto (Vin Diesel), Brian and FBI Special Agent Hobbs (Dwayne Johnson) recovered Dom’s previously presumed-dead super-badass soul mate Letty (Michelle Rodriguez) and took down criminal mastermind Owen Shaw (Luke Evans, who appears here in a cameo). Then we saw that Owen’s big brother Deckard Shaw (Jason Statham) is ready to wreak revenge.

Owen is simply hospitalized, not dead (one guesses this is in case the franchise needs him later), but Deckard is plenty angry nonetheless. His attempts to blow everybody up lead to the appearance of super-secret agent Mr. Nobody (a jovial Kurt Russell), who offers to let Dom use a super-tracking software to find Deckard. In return, Dom and the team must first recover the software and its creator from an ambitious warlord (Djimon Hounsou).

James Wan has replaced director Justin Lin (who helmed F&F 3-6) in the driver’s seat. Wan may not have all of Lin’s car action chops, but the script by longtime F&F writer Chris Morgan, working from characters created by Gary Scott Thompson, creates so many whiz-bang situations that Wan still provides a lot of bang for the buck. Highlights include an all-out beat-down between Hobbs and Deckard, Brian trying to scramble out of a truck as it falls from a cliff and a shot of Hobbs firing a machine gun skyward (don’t worry, there’s a plot reason for this). The fact that the movie figures out a reason for this over-sized man to be brandishing this over-sized weapon with its over-sized output pretty much encapsulates both the ambition and the fulfillment here, even though this specific bit doesn’t include a speeding motor vehicle.

There are a couple of clumps of clumsy expository dialogue, but there’s so much action everywhere else that these are easy to dismiss. Russell actually makes his twinkle-eyed spymaster fun to hear. The action is huge and outrageous and plentiful and inventive, all good attributes here. Mostly, FURIOUS 7 is exactly what’s wanted and expected – except for the unavoidable mournful note that brings us back to reality at the end.