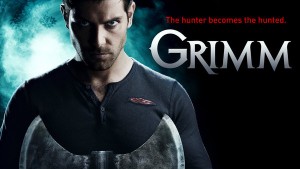 Sean Hayes is famous as an actor – eight seasons as Jack McFarland on the half-hour comedy WILL & GRACE, nine months on Broadway in the revival of the musical PROMISES, PROMISES, the recent SEAN SAVES THE WORLD – but he’s perhaps even more prolific as a producer. Hazy Mills, the production company run by Hayes and partner Todd Milliner, currently has four shows on the air: GRIMM is in its third season, picked up for a fourth, and HOLLYWOOD GAME NIGHT is in its first on NBC, while HOT IN CLEVELAND is in its fifth season and THE SOUL MAN in its third on TV Land.

Hayes is at a session for HOLLYWOOD GAME NIGHT hosted by NBC for the Television Critics Association. The series, which consists of celebrities playing party games, is based on games Hayes has played at home during parties. Jane Lynch, who has attended Hayes’ game parties and who hosts the show, also serves as host of the panel. She introduces team captains Nick Berkus and Retta, plus six journalists who are team players, all of whom then demonstrate a number of games, such as the use of one-word clues to get players to identify a specific TV series (“Dothraki” prompts the correct answer “GAME OF THRONES”).

When the games and the following Q&A panel finish, Hayes sticks around to talk more about his work as a producer, especially HOLLYWOOD GAME NIGHT and GRIMM.

ASSIGNMENT X: Have you been producing the entire time you’ve been acting in Hollywood and the producing just wasn’t as highly publicized as your acting early on?

SEAN HAYES: That’s exactly right. My company has been at this for about [eleven] years, and it took time for us to find our footing and for people to take us seriously. So everybody has their time. And right now, this is our time. 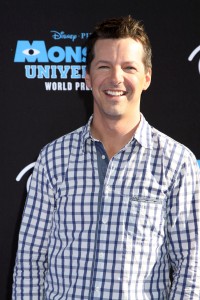 AX: You have four series on right now, plus a TV movie, MICAH THE ASSH*** GHOST. Do you ever think, “I’m going to meet myself coming around a corner if I keep up at this pace”?

HAYES: No. It’s physically impossible to produce things directly on your own with just two people, as you can imagine. So we [Hayes and Milliner] have a company that is a production company, so it allows us to produce numerous things at once.

HAYES: A hundred percent. I always tell friends, I don’t have children. I love children, but I don’t have any. So I fill my days in other ways. And I like this business, so because I love the business, if there’s an hour in the day that goes by that I’m not creating something or doing something in that way, I feel like it’s an hour lost. So I love to do. I love to act, maybe I’ll direct – I don’t know. I love it.

AX: Have you gotten to direct so far?

HAYES: No, not yet. I’m looking right now.

AX: Do you know which show you might try it out on first?

HAYES: I don’t. I might try it out on some features – who knows?

AX: What are the origins of HOLLYWOOD GAME NIGHT?

HAYES: When we would just have a fun time at my house and have game nights, Todd would actually create a lot of these games. Some of them don’t translate to the show, but a lot of them just came from goofing around and seeing [what worked]. What’s great now is, it’s always hard to launch any show, but now that it’s on TV and people see that it’s a blast to be on, we are getting asked by celebrities to come on, rather than have to pursue them. So it’s a great thing.

AX: Are there any games that are fun at home that have turned out not to work on TV, or vice-versa, things that play really well on TV that you just don’t enjoy at home?

HAYES: Well, all the games we rehearse far in advance to make sure we at least try to work out the kinds so it is fun to watch and fun to play.

TODD MILLINER: We do Running Charades at home and we put people so far [apart], I don’t know that we can actually do that on set.

AX: What else can you tell us about HOLLYWOOD GAME NIGHT right now?

HAYES: I love the charity aspect of the show. I love that the celebrities come on for fun and games to help civilians try to win some money, but also I love the charity event on the other end for the celebrity. And that’s one of the reasons, when we moved forward with the show, I wanted to make sure that the end result was a nice dollar amount, whether they win or lose, that goes to charity.

AX: Regarding GRIMM, how did you come to bring the idea to David Greenwalt and Jim Kouf, who co-created the series with Stephen Carpenter and now serve as show runners and executive producers?

HAYES: Well, it was a collaborative idea between me, Todd Milliner and [NBC Entertainment chairman] Bob Greenblatt, and we all loved the idea so much – it’s been with us for seven years – we all were brainstorming who would be perfect for this, and we all came up with David and Jim. Actually, David Greenwalt came out of retirement for this show. He was done [with the business]. And we somehow got him to agree to a meeting, and once he heard the idea, he just flipped out for it and was taken with it.

HAYES: Well, the seed of the idea was always the Grimm fairytales coming to life and what if they were really true and really happened? And then David brought in, what if the Grimms came from a line of descendants that were profilers, and what if we had a cop? It took on a life of its own. Like David said, the second he heard the idea of Grimm fairytales coming to life, his brain half-exploded with ideas. And we just brainstormed idea after idea until we got what we got.

AX: With all the different kinds of Wesen – creatures who look human, but have secret identities – on GRIMM, do you have a kind of Wesen you’d like to be?

HAYES: [laughs] What kind of Wesen would I like to be? I’m probably more of a Fuchsbau [a kind of were-fox], a gentle sort.

AX: So you might show up as one of Rosalee’s relatives at the wedding?

AX: Are you happy with the way GRIMM is developing?

HAYES: Yes, very happy. I love GRIMM. I always say, even if I had nothing to do with GRIMM, it would be my favorite show, my favorite drama. I think it’s the most inventive, fun – it checks so many boxes. It’s procedural, yet it’s supernatural, and it’s fantasy – I love the show so much. It’s very dear to my heart.