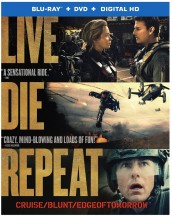 EDGE OF TOMORROW Highlights this week in Blu-ray, DVD and VOD Releases 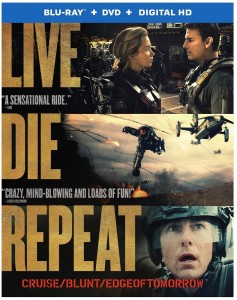 EDGE OF TOMORROW – Given how bad of a marketing campaign was run for EDGE OF TOMORROW and how poorly it was received by critics, you are probably going to be surprised how much you enjoy this science fiction GROUNDHOG DAY. And yes I realize there are a number of Tom Cruise haters out in the public and in the press that just damn anything he does but for an action star he usually delivers the goods in pretty much everything he does. Here he is no different as an unwilling soldier that gets locked in a never-ending battle between humans and deadly aliens that have devastated Europe and either killed everyone or forced them to relocate elsewhere. On the eve of the battle to liberate Europe and destroy the aliens, Cruise’s character gets caught in a time warp thanks to some time travel capable alien bleeding all over him. So every day he is forced to relive the battle and try to deter the outcome. Along the way he discovers another soldier (Emily Blunt) had the power to do the same thing but lost it after a while.

Filled with more deaths of Tom Cruise than could probably satiate the most Cruise-hating person and filled with plenty of cool action moments, violent deaths and some decent humor EDGE OF TOMORROW really does lend itself well as a science fiction action flick. Now the plot gets a bit convoluted with time warping aliens and hunting for the Omega-level alien to end the war and a bunch of other nonsense but if you can ignore that and focus on the good sci-fi elements it works and is great viewed in high definition on Blu-ray. 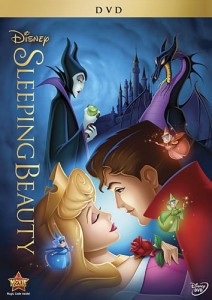 SLEEPING BEAUTY: DIAMOND EDITION – Disney continues its tradition of bringing back the old favorites and giving them a shiny new coat of paint for only a limited time in order to let a new generation of children enjoy the classics. SLEEPING BEAUTY is the latest edition to get the Diamond Edition label featuring a new cut of the film in high definition using the latest transfer technologies and it looks probably the best it has maybe ever looked. This edition also includes a DVD copy as well as a digital copy so you can take it with you on long car trips or plane rides and still have the children held at bay. But it also includes some never-before-seen deleted scenes from the film that were dug up apparently when they went back to find the original cut of the movie. It also ties in well with the upcoming release of MALEFICENT that is coming next month from Disney. Since many probably saw that movie in theaters, showing them the original take on the original bad woman might be fun in its own right. 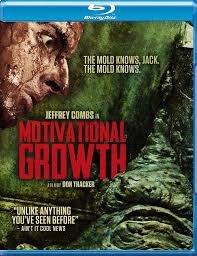 MOTIVATIONAL GROWTH – This is an odd bird to say the least. It is a low budget I guess horror flick about a less than desirable dude that lives in a sh**ty apartment with a sh**ty life and tries to naturally kill himself. When that fails, he wakes up to a nasty bit of mold growing in his bathroom that now speaks to him. It gives him the push to make changes to his life by cleaning his apartment (except for the Mold, voiced by veteran horror maestro Jeffrey Combs), meeting the earthy girl that lives down the way and just being a better human. However, the mold seems to have ulterior motives and will take out any person that comes close to breaking the bond the two, uh, organisms have garnered. But when the dude’s television starts warming him to the fact that the mold might be using him for other means, he begins to break apart from the growth causing lots of gnarly turmoil. Might be able to view it cheap on VOD. 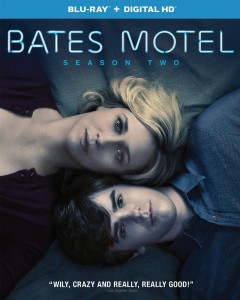 BATES MOTEL: SEASON TWO – Origin stories of classic characters of film, comic books and television have become a huge cottage industry with numerous TV shows coming out of the woodwork these days (not to mention re-imaginings on film). The humble beginnings of Norman Bates didn’t start out so hot. The first season of BATES MOTEL was lackluster in a lot of ways. Boring is the word the mostly comes to mind. Sure, it did a decent enough job establishing the characters and the strange bond between mother Norma (Vera Farmiga) and son, Norman (Freddie Highmore), but it lacked passion, not to mention any scares in particular. Season 2, however, does a much better job with Norman trying desperately to pull away from his mother (which ends rather badly in a number of ways) and we get more of a sense of the trouble coming from Norman with an increasing number of blackouts where he remembers nothing of the actions he does (obviously this plays a huge part in the films). There are also some decent plot twists along the way that make for a much better season. With Season 3 on the horizon, here is a good chance to catch up on what you missed.

HEMLOCK GROVE: SEASON ONE – If you don’t subscribe to Netflix, HEMLOCK GROVE was one of the service’s first forays into original programming. Now with a handful of original stuff coming out from the pay subscription giant, this tends to get overlooked but here it is for the first time on Blu-ray. It is a horror related series with producer Eli Roth (of HOSTEL fame) on board about a small town that wakes up into a nightmare once the body of a teenage girl is found torn to pieces. Turns out that the smallest towns sometimes hold the biggest secrets and in this town that is an understatement with the type of people that run about. The cool thing about HEMLOCK GROVE is the set pieces and visual effects. They are indeed top notch and you can tell that is something the Roth really wanted to get right about the show. Now the series may be a bit convoluted in that it tends to go round and round about the plot and sometimes seems like it is never going anywhere but as far as the dark, brutal, bloody nature of the show, it has it in spades. Worth checking out here if you don’t do Netflix.