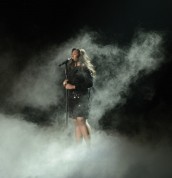 Kree Harrison is the runner up 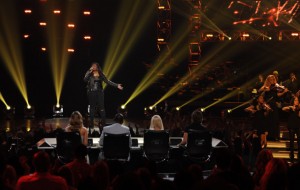 It all comes down to this as Seacrest loves to document each and every week of the world’s greatest karaoke competition, AMERICAN IDOL. However, this time it really does come down to this.

Of course, you know now that Candice Glover has won Season 12 of AMERICAN IDOL meaning that Kree Harrison is the runner up on the show.

That’s the short version of the story. In reality, the finale to the show that has bottomed out in the ratings becoming just another singing show on the air, was two freaking hours plus a decent overlap into the evening local news.

Here’s what you missed during this needless two hours: A group performance from the Top 12 IDOL contestants, interviews with Harrison and Glover, a weird performance from The Band Perry with special guest star IDOL’s Janelle Arthur, a recap of all the lame dude’s getting the boot followed by a bad performance from the guy’s backing up why they should have been kicked off, a Mariah Carey performance showing why she should not be a judge and just be a singer, a solo from Amber Holcomb, the Gangnam Style guy appeared, Keith Urban performed, Angie Miller and Adam Lambert did a pretty good number, a really good tribute to Randy Jackson and of course Pitball was there and J.Lo.

So are you happy with the winner? COMMENT BELOW