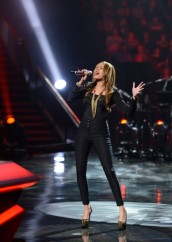 While the added performances are good, the judges are excruciating to watch 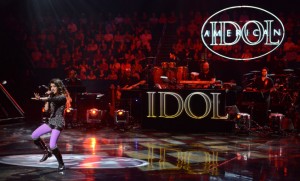 It was more of the live performances to decide who would make up the Top 20 on the world’s greatest karaoke competition, AMERICAN IDOL.

Admittedly, I have watched only bits and pieces of this year’s show, as it turns out I’m not the only one that isn’t tuning in. IDOL is at its lowest point in terms of ratings in more than a decade (when the show was just into its second year run). When IDOL is getting beat by MODERN FAMILY and BIG BANG THEORY, something isn’t right in karaoke land.

Obviously the churn of the judges is part of the reason. Having multiple new judges is only hurting the show. And the ones that they have now are painful to watch. You know it’s bad when you long for the day J.Lo and Steven Tyler were on the show.  Randy Jackson is still there and luckily seems to be keeping it real (his words) in terms of his critique. But Keith Urban loves every performance and is way too nice, even for Paula Abdul standards. Mariah Carey is pointless. And then there’s Nicki Minaj. Granted, she’s on IDOL purely for ratings and Fox hoping she stirs the pot, but she’s a damn robot. She’s emotionless and boring. She seems to have her stable of performers she likes and if you aren’t in it, she hates whatever you do. She also says idiotic things such as “You go it on, Boo.” Unfortunately it’s in the same monotonous tone.

The thing that worked about the original set of judges, hell even with Kara DioGuardi (remember her), was that they actually had constructive feedback to the contestants. Simon Cowell was the best because he was the most honest but even Paula Abdul had some bit of critique, albeit strange critique at times. These judges do nothing but offer opinions about what they hear and move on. They also have zero personality. At least with J.Lo and Steven Tyler they had personality. These judges have none of it.

So, the remaining 10 female competitors sang this night with only five being chosen from the judges to move along to the Top 20, where America finally gets involved. I like that they are showing more of the performances from the Top 40 as previously we got only snippets here and there so that is indeed a good thing, unfortunately for the show and its ratings, I think this choice to do this now was too late in the show’s history.

Of the performers, it was pretty obvious who was getting the go-ahead to the next round. Well, expect for the decision to bring Janelle instead of Rachel – which seemed to be a country-singer tossup. The others who move along include Zoanette – the “Liberian Nightmare” who plays the drums and sang “Circle of Life” from THE LION KING, Candice, Aubrey and Breanna, who was probably the best of the night.