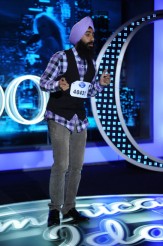 Ho hum, another season with nothing at all changed in terms of the format 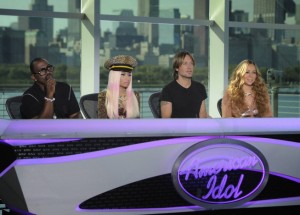 This is the worst time of the year for me. Football is slowly coming to an end. We have at least another two months of winter. All the major holidays are far away. And, yes, the world’s greatest karaoke competition, AMERICAN IDOL, is back on the air.

Yes, time for the most popular of the talent shows to once again give us a healthy dose of overexposure, bad auditions and not enough actual good singing. Looking back on the 11th 2012 season, IDOL had its ups and downs. Phillip Phillips actually went on to produce a pretty popular single – something none of the recent winners have really accomplished. But, the ratings for IDOL dropped significantly yet again and for the first time in eight years, IDOL actually finished second overall in the Nielson ratings getting beaten out by SUNDAY NIGHT FOOTBALL.

Given this and all the backlash and criticism about how tired the show is and some even calling for it to go away completely, did the producers change anything at all this year? From the looks of it, not a damn thing.

The first in what will no doubt be a grinding, grueling and loathsome struggle through numerous and pointless auditions has begun and except for new judges and some relaxation on age limits, nothing has changed. We still have more bad singers than good in the opening “Audition #1” episode. The format is exactly the same and people are as desperate as ever to get their 30 seconds of fame.

Sure, there were some OK singers but outside of Sarah Restuccio – the country farm girl that did a country cover and then amazed with a rap cover – no one wowed. Obviously, this is the first episode and we will get more singers as well as sad, sappy stories about the contestants. 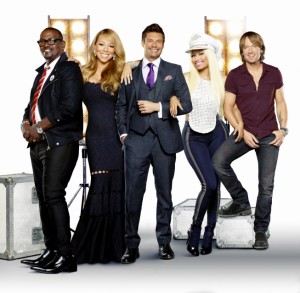 I’ve lobbied for years for change to this show that would actually make it more interesting and more of a competition rather than a popularity contest (or a tween/soccer mom contest). Why not start the show during Hollywood Week and give us one episode that focuses on all of the auditions in a summary? That way we actually get more time to see the ones that are actually good and get to witness the craziness that is Hollywood Week – which is usually some of the best parts of the show. Have the good singers face off during the show with only one coming back? Have duets but instead of just as a showcase, have the lowest duet (both of them) go home. This would not only make everything that is done on the show more memorable but that much more important.

We shall see if anything changes in the coming weeks but it appears as if it is the same IDOL just with new faces to poke fun at the losers that come to embarrass themselves.

So I will leave you with a few questions to ponder about this season of IDOL: