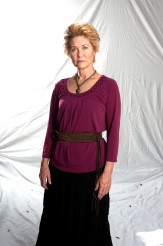 ©2012 The Asylum
Dee Wallace in HANSEL AND GRETEL
Interviews

The actress talks about playing a contemporary witch 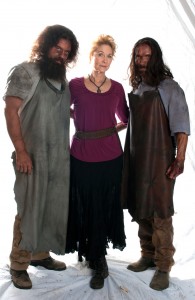 Frank Giarmona, Dee Wallace and Jasper Cole in HANSEL AND GRETEL | ©2012 The Asylum

With roughly 196 acting credits, Dee Wallace is an incredibly busy actress that’s always working. Just in the last two years she’s navigated from guest appearances on TV shows like BONES, WAREHOUSE 13 and SWITCHED AT BIRTH to such recent films. independent films like THE JAZZ FUNERAL, THE MARGARINE WARS and CRY OF THE BUTTERFLY.

She has also played many iconic heroic characters in her career. She likely will forever be most identified with her role as the single mom in E.T. – THE EXTRA-TERRESTRIAL but she’s also famous for (among other characters) her intrepid reporter checking out werewolves in THE HOWLING and the mother trapped with her little boy by the title canine in CUJO.

However, Wallace has also played darker figures on occasion. She was a villainess in director Peter Jackson’s THE FRIGHTENERS, and now she’s playing witches in two new movies. Later this year she stars in the Rob Zombie film LORDS OF SALEM while she offers up a contemporary take on that folkloric boogey-woman as the antagonist in director Anthony C. Ferrante’s new feature HANSEL & GRETEL (the second film she’s done for Ferrante in addition his directorial debut BOO).

ASSIGNMENT X: How old were you when you became aware of HANSEL & GRETEL as a story? Did it scare you, or did you think it was funny?

DEE WALLACE: Well, you know, most people aren’t really introduced to the true Grimm Brothers story. We get the [sanitized] version. I remember having my grandmother and mom read it to me when I was very young, but I don’t ever remember being scared about it. And I was scared of just about everything. I mean, my older brother showed me FRANKENSTEIN when I was nine and I didn’t sleep for months, so I was always pretty impressionable, but I don’t remember being scared about the story at all.

AX: When you were approached about this new version of HANSEL & GRETEL, did you think, “How strange,” or did you think “Yay!”? What was your first impression? 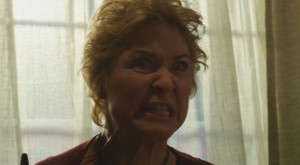 WALLACE: Well, I thought, “Yay, I get to work with Anthony again,” and [wondered] did I have to play the typical witch with the long nose, because I didn’t know if I would be too keen on that until I read the script. So I read the script and I was in, because I had talked to Anthony and I have total trust in Anthony. [We wanted to] make the witch more real and that’s what we did. I think it totally works for the modern-day audience. I love the film. I just love it. I’m really proud of it, and you don’t hear me say that about a lot of stuff I do [laughs].

AX: Your character has two strange, hairy grown sons. How is it playing a mother to them?

WALLACE: [laughs] Well, I didn’t look at it so much as their mom. I looked at it more like their owner and their slave master. It never really occurred to me to approach it from that [maternal] point of view, quite frankly.

AX: Was it difficult to get into that mindset of your character’s extreme selfishness? 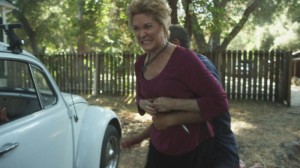 WALLACE: Not at all [laughs]. I mean, like THE FRIGHTENERS! That’s what I loved about this part. There was such a huge arc to play. We’ve all got our dark side. Because we have permission [acting] in the movies, we allow it to expand and be as big as it wants to be, instead of going, “No, I don’t want to be that in my real life, I want to keep a check on all those emotions.” [Acting] in the movies, you can go, “Yeah, let her rip!” And I did – I had a ball.

AX: How was doing the scene where your face is covered in white makeup?

WALLACE: You’re talking about the fantasy scene. Actually, that makeup was supposed to be a lot more complex and because of time constraints, we ended up with that. I really liked it – I thought it totally worked in the movie. It’s white/silver makeup. I think it just works. I think it’s really eerie and weird and really served the effect that [Ferrante] was going for, as far as that dread-induced state that they were in.

AX: How was it working with Stephanie Greco, who plays Gretel?

WALLACE: Oh, my God, I love Stephanie. I thought she was great. She was a total professional. We really connected and I really liked her as a person and it was truly a joy. You can see it on screen and I think the reviews [say] the scenes between me and Stephanie really rock, and I agree. I think they do, too. 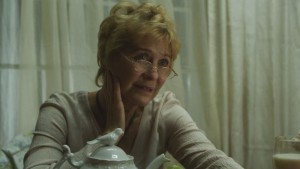 AX: Was it difficult working on that kind of a fast schedule?

WALLACE: I do a lot of fast schedules. Yes, it’s difficult, but there is something to be said for not taking five weeks to shoot one scene, because then I get bored. So there is a happy in-between point. I like working at a faster pace, but I like working at a faster pace with maybe a little bit more money and a few more accoutrements [laughs]. It wasn’t so much the food – they certainly took care of the food – but the locations and the dressing rooms and stuff like that. It was challenging, but Asylum turns out good product for a really good price.

AX: Do you enjoy the idea of playing somebody with supernatural abilities?

WALLACE: Well, I enjoy as an actress playing any kind of character with an arc. And I like all of the high emotions and I like the emotional exploration. So yeah, this was like THE FRIGHTENERS and CUJO, this was right up my alley. This is what I like to do the best, the most.

AX: You also play a witch in Rob Zombie’s upcoming LORDS OF SALEM … 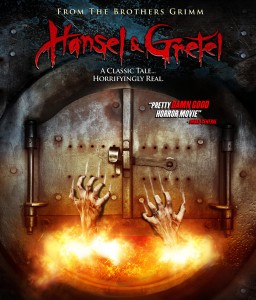 AX: Was your final scene in HANSEL & GRETEL physically difficult to do?

WALLACE: It was emotionally more challenging than it was physically challenging. We shot it in two entirely separate locations, because again, time constraints. So we went back and re-shot a lot of it and I’m so happy that Asylum and Anthony did that, because it really helped sell the end of it.

WALLACE: I go in and I help out a lot of new filmmakers – a week here, a day there. A lot of my time these days is spent on my healing work and the private sessions that I do. I have a movie for Syfy Channel coming out called ROBOCROC. It’s a government thing gone wrong and it’s a crocodile [meets] TRANSFORMERS. I got to work with a lot of really fine actors from Australia and England and we did it in Bulgaria and I haven’t seen any of it, but it’s certainly in the performances of the actors that I worked with, anyway, it’s really good.

AX: Is there anything else you’d like to say about HANSEL & GRETEL?

WALLACE: I just think people are going to be incredibly pleasantly surprised, because you’ve got two really big-budget [other screen versions of HANSEL & GRETEL coming out this year] – this wasn’t such a big budget, but it’s just the weirdest, strangest take on the story and the performances [are strong] and it’s just eerie. It’s a really eerie HANSEL & GRETEL. So I’d love to hear from the fans, when they compare all three of them, what the hell they think. Email me at my website, IAmDeeWallace.com, and let me know what you thought. I’m serious. I’d like to know.