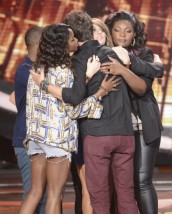 Devin Velez and Amber Holcomb also in the bottom 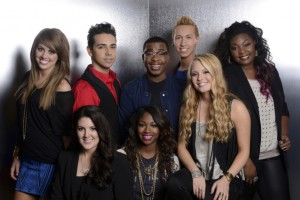 It is decision time once again on the world’s greatest karaoke competition, AMERICAN IDOL. Who goes home and who is in trouble?

Well, by now you know that Paul Jolly got the unceremonious boot from the show with Devin Velez and Amber Holcomb getting the second and third least amount of votes.

I’ll spare you the filler on the results show such as a pretty terrible group performance, Casey Abrams (and beard) returning and singing, a boring ladies group performance and a pretty good dance song from former IDOL singer Jessica Sanchez.

As always, I love Jimmy Iovine’s breakdowns because he really tells it as it appears unlike the judges that seem to never really give any kind of instructive criticism and just either rave or complain about the performance. Iovine, who was the best part of IDOL last year, is by far the best part and needs to be more part of the show.

Here’s how it went down.

Paul Jolly is told he is in the bottom 3.

Devin Velez was next to hear results and he is also in the bottom 3.

Lazaro Arbos was next looking like a kicked puppy but he’s safe – for the second week, I say how? Why?

Kree Harrison is safe and apparently they are not ranking them this week for whatever reason. Candice Glover is safe. Angie Miller is safe. Next, Janelle Arthur is safe. Burnell Taylor is safe and (how? Why?) Amber Holocomb is the last of the bottom 3.

No drama as they announce the lowest vote getter and its Paul Jolly meaning Devin and Amber are safe. The judges don’t save him and we are down to 8. Do you think the right person went home?