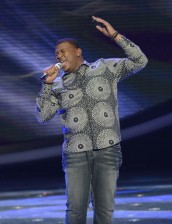 Devin Velez and Paul Jolly also in the bottom 3 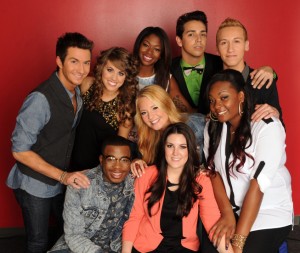 It was decision time on the world’s greatest karaoke competition, AMERICAN IDOL, as we get the first of the eliminations of the final contestants.

Of course, by now you know that Curtis Finch Jr. was first to be kicked off with Devin Velez and Paul Jolly also in the bottom.

Before we go there, however, there was a host of filler. I won’t bore you with the details of Phillip Phillips singing, or Bon Jovi performing, or a pretty awful group song, for some reason Charlie Askew was askewed to come back and sing with horrific results – seriously how did this dude make it this far? – and Aubrey Cleland coming back to battle against him for a spot on the tour bus.

One thing that is worthy seeing is more of Jimmy Iovine who has been one of the best parts of IDOL in the last few years. His insight is what this show actually needs and not more “boo” or “honey” from Nicki Minaj. Interesting that they are also revealing who the Top 3 performers of the night were – which is actually maybe sway some votes and bias viewers but it will be interesting to see where it goes.

Here’s how the results went down in order.

First up were Devin Velez, Janelle Arthur and Candice Glover. Candice is revealed as one of the Top 3 performers and she is safe. The rest of the rankings were saved for later.

Kree Harrison was up next and was told she was also in the Top 3, meaning she is safe.

Lazaro Arbos and Angie Miller were next. Not a shocker who should be in the Top 3. Yep, Angie is in the Top 3. However, they will not reveal who finished on top. But they will reveal the placements of the others.

Lazaro ends up being in fourth place overall (how? Why?).

Meaning Curtis Finch Jr. and Devin Velez are in the bottom. Who goes home? Devin is safe, meaning Curtis is the lowest vote getter. The judges do not save him so he goes home.