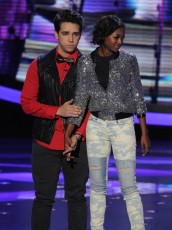 Amber Holcomb also in the bottom as all women remain 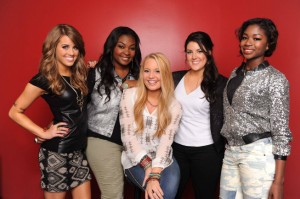 It was decision time once again on the world’s greatest karaoke competition, AMERICAN IDOL. So who went home?

By now you know that Lazaro Arbos was voted as the bottom performer and was not saved by the judges. Amber Holcomb was also in the bottom 2.

I will spare you the terrible group performance, a song by Scotty McCreary, a song by Kelly Clarkson and a whole ton of filler.

They did the whole separating the contestants on stage.

If he had not been, given how bad he has been in the last few weeks, IDOL risked being turned into a joke. Now the question is this. He has finished in the Top 5 in the last few weeks even in the Top 3 once. Did the IDOL producers just get rid of him to save their jobs? Conspiracy theorists go to town on this one as this was the first time he was in the bottom. Regardless, he needed to go home as he was clearly the worst male performer and him still being in the competition was ridiculous.

What do you think?