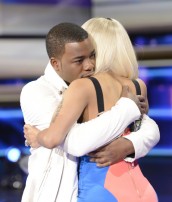 Janelle Arthur also in the bottom 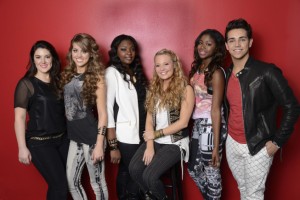 It was decision time once again on the world’s greatest karaoke competition, AMERICAN IDOL. But would it be another dude going home? Or would our first female get the boot?

By now you know that xx was voted as the bottom performer and was not saved by the judges. Janelle Arthur was also in the bottom two.

I’ll save you what happened on the rest of the filler show including performances by Carrie Underwood, Casey James and a lousy group performance.

Here’s how the finals went down.

First the Top 3 were announced with that being Kree Harrison, Angie Miller and Lazaro Arbos (What? How? Why? Are you kidding me?).

That means the bottom two are Burnell Taylor and Janelle Arthur. Burnell Taylor sings for his life and the judges do not save him. That’s four dudes going down in four weeks. But for some reason people are voting for the worst singer in the competition in Lazaro so maybe that means we’ll see a chick leave next week. Did the right person go home?