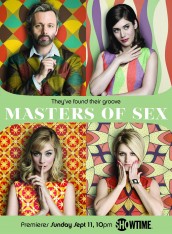 The actor talks new season of the hit Showtime series 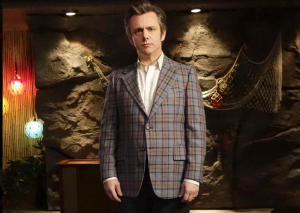 History suggests that Season 4 will show a change in Bill’s fortunes, but Sheen cautions viewers against thinking they know what will happen.

ASSIGNMENT X: What can you say about how Season 4 starts?

MICHAEL SHEEN: Well, it begins pretty much where [the series] left off. I think it’s maybe three, four weeks later. And for Bill, anyway, he’d got to a point at the end of last season where he’d lost his marriage. He’d lost the woman he loves [Virginia Johnson, played by Lizzy Caplan]. It looked like maybe he’s lost his job and his career. He was being accused of pedophilia and prostitution. So that’s a pretty low point for a man [laughs]. But strangely, there’s a kind of liberation in that as well. And so he goes through an extreme situation, but it starts to loosen certain thigns up in him. So he comes back having had his forty days in the wilderness and has maybe a new outlook on things.

AX: Bill Masters has not always been the most self-aware person, but he has flashes of it. Do you enjoy playing him more when he’s having the flashes, or more when he has no idea of the effect of behavior?

SHEEN: I think the two go together, don’t they? What’s enjoyable is illuminated by flashes of lightning in a way, that he is in the dark most of the time. And the more in the dark he is, the more he has to pretend that he’s in control, and that’s his kind of downfall. But slowly, as time goes on, those flashes that he gets start to create more of a pattern, and I think, certainly in this next season, all those little glimpses of maybe the truth about himself start to form one bigger picture, and that creates change in him, so you see more change in him this season than you’ve ever seen before. And in fact, Virginia starts to go in a different direction. There’s a kind of a crossover that starts to happen, which is interesting.

AX: Does actual history limit how much you can change over the course of William Masters’ life?

SHEEN: No, not at all. In fact, from the very beginning of the whole show, the thing I found most interesting was that people said at the end of their working lives, people found Bill to be the warmer one, and Virginia was the one who was more cold and scary and kind of manipulative. So that has always been what we’ve been heading for. That’s why I found it fascinating to take a character and start him in such an extreme place, knowing that he’s going to go to almost the other extreme, and to kind of map that out as we go along. So I’ve always had that as a guiding principle, in a way. And that liberates everything, because then you kind of think, “Well, we’ve got a long way to go with this character.” So charting that has been fascinating. I think a lot of the groundwork that has been laid for that starts to come out onto the surface in this next season. So there will be a lot of surprises, I think, for people for the character this season.

This interview was conducted during Showtime Network’s portion of the summer 2016 Television Critics Association press tour at the Beverly Hilton Hotel.