Another episode that looks like an unpromising backdoor pilot 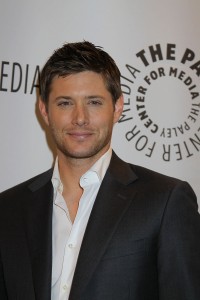 After the emotional and structural intensity of SUPERNATURAL’s previous episode “Goodbye, Stranger,” whatever came next was likely to pale in comparison, but “Freaks and Geeks” wouldn’t be particularly winning no matter where it was placed in the season (and it could have gone practically anywhere). It puts Sam (Jared Padalecki) and especially Dean (Jensen Ackles) in the role of worried surrogate dads/big brothers to a trio of teenage Hunters.

When Sam and Dean investigate some vampire killings in Kansas, they come across young Krissy Chambers (Madison McLaughlin), who we previously met in last season’s episode “Adventures in Babysitting.” Krissy has since lost her Hunter/trucker father to a vampire attack and is now out for revenge with fellow adolescents Aidan (Adam DiMarco) and Josephine (Megan Danso), who have also lost their families to bloodsuckers. They are being trained by adult Hunter Victor (Adrian Hough), who makes sure the kids go to school, do their homework, clean their rooms, etc. Sam thinks this seems nice; Dean thinks it’s fishy.

Score one for Dean. It turns out that Victor, who was helpless when his own family was killed by a Wendigo, has teamed up with a vamp to engineer the orphaning of these specially-selected adolescents. Victor believes he is improving the future of Hunting. However, when Sam figures out that Victor is creating fake targets for the kids so they’ll have easy kills with newly-made vamps, Victor and his fanged friend target Sam. Victor monologues for so long that Dean and the young Hunters get home in time to see Sam tied up. Victor confesses, Krissy kills the vamp, lets Victor live – and Victor kills himself. Dean, Sam, Krissy and Co. reverse the vamping of a young woman who was turned but hasn’t killed yet. Dean wants to pack Krissy off to live with her aunt, but relents as he sees Krissy is really best off with her friends. Sam and Dean worry about closing the Gates of Hell. Dean muses if they can, maybe the kids will have a shot at a normal life after all, and Sam observes under his breath that maybe they won’t be the only ones.

The mystery aspects of “Freaks and Geeks” is good; we can guess Victor is working an angle, but we can’t immediately see what it is and the clues are enticing without tipping the revelation.

As far as the young Hunters go, though – Buffy and the Scooby gang they aren’t. They’re more archetypal than anything, young adult heroines and heroes who have been molded by tragedy and determination into what they are today. This is fine, or would be, if the characters were a little more individualistic, but we spend enough time with them to note that they feel more like placeholders than people. There’s nothing overt here, but it feels like SUPERNATURAL may be testing the waters for a spinoff, and this doesn’t seem the way to go. (If we’re going to follow any of the new characters this season, the rabbi’s grandson and the golem seem the best bet so far.)

The philosophical arguments between Dean and Victor are interesting, as both have valid points of view. Victor is in fact right that the kids can have normal-esque lives and still fight monsters; his set-up is perfectly workable, it’s just an abomination how he got there. Given that Victor is trying to motivate the team entirely through revenge, it makes no sense whatever that he thinks there’s a chance in Hell they’ll see it his way and forgive him for arranging their families’ deaths. His final scene might have played better and less conventionally if he acknowledged this instead of giving a typical cornered villain speech.

There’s a nice bit at the beginning where Dean is worried about Sam’s health and Sam is worried about Dean’s emotional stability and each essentially tells the other to stop probing already. The very end, where Sam simply mutters a simple line to the effect that he’d like a normal life, reminds us of his current stance without hammering on it.

“Freaks and Geeks” spends too much time experimenting with characters who feel derivative, and too little time with the Winchesters. That’s not freaky, just something of a letdown.