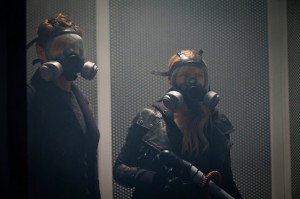 Executive producer J.J. Abrams, who co-created FRINGE with fellow e.p.s Alex Kurtzman and Roberto Orci, stopped by a party thrown by Fox for the Television Critics Association to give his thoughts on the show’s close – and answer a couple of STAR TREK INTO DARKNESS questions while he was there.

ASSIGNMENT X: After directing the second new STAR TREK film, have you given any thought to the third one?

J.J. ABRAMS: No, not yet. I’m sure that the studio would love that to be a possibility, but it’s up to the audience.

AX: Do you have a story for it?

ABRAMS: Oh, yeah, but nothing I can talk about. It’s just ideas.

AX: You reportedly once said something to the effect that if you had pitched FRINGE science fiction, it never would have been picked up as a series. What’s the art of pitching science fiction?

ABRAMS: Pitching is always a weird, difficult thing. At the very beginning, you just need to make sure that you have a handle on the characters and the potential of those characters. If you know what you want is really, really weird stuff, keep it to yourself [laughs]. 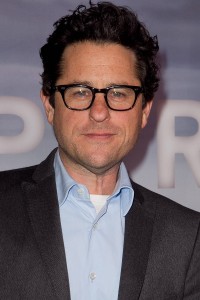 J.J. Abrams at the SUPER 8 celebrates the Blu-ray and DVD release | ©2011 Su Schneider

AX: You’ve been occupied with launching other series, including PERSON OF INTEREST and REVOLUTION, and making movies for awhile. Did you come back to FRINGE to get a little more hands-on for the finale?

ABRAMS: No, I didn’t really, but I didn’t need to, because [executive producer] Joel Wyman is such an accomplished show runner that for me, the script was so emotional and the story’s so good and he’s directing it himself. What I love about what Joel has done [as show runner] is, there’s a wild and wonderful and I think emotional inevitability to it, and I think at the same time, it’s like the ambition of the show is always to be tricky and twisted and weird and also deeply emotional, and while of course not every episode hits all of those buttons, I think enough of them did that makes this something that I’m insanely proud to be part of. And I think the finale does that on all cylinders, which is exciting.

AX: Are you sorry to say goodbye to FRINGE, or do you feel that it’s ending in a good place?

ABRAMS: Both. I feel like it’s a show that got to play out as it should have, which is a very rare thing, especially for a show that had middling ratings. I think for the network to keep the show on is a testament to their wonderful commitment to a show that they actually loved, and I will never forget that. It’s a very rare thing.