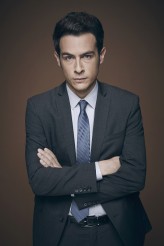 BONES: John Boyd on Season 10 and being a newbie – Exclusive Interview

The actor talks joining the cast this season 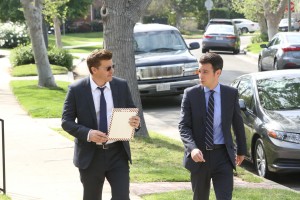 Fox Network’s BONES is celebrating its tenth-season finale this Thursday, June 11 at 8 PM, and will be back in the fall for Season 11. Stars Emily Deschanel, who plays forensic pathologist Temperance “Bones” Brennan, and David Boreanaz, as her FBI agent spouse Seeley Booth, have been with the series since the beginning, as have supporting actors Michaela Conlin (as artist/computer expert Angela Montenegro) and TJ Thyne (as forensic entomologist Dr. Jack Hodgins). Tamara Taylor, who portrays lab boss Camille Saroyan, joined the cast in Season 2.

It seems like it could be difficult entering this group at this stage, but John Boyd, who became a series regular in Season 10 as Booth’s FBI new FBI partner James Aubrey, says it’s been a great experience.

Boyd was born in New York, raised in Los Angeles, then went back to his birthplace to go to school. The actor, whose bigscreen credits include playing one of the trapped Americans in ARGO, has worked for Fox before, with arcs on 24 and TOUCH.

ASSIGNMENT X: Had you been watching BONES before you were cast on it?

BOYD: I’ve always been sort of a dabbler in everything [in terms of television viewing]. I’ve never watched everything, but of course I knew about the show and I had seen it, but it was all the more exciting to get to the gig.

AX: Having been in BONES, TOUCH and 24 on the network, would you say you’re in the Fox casting wheelhouse?

BOYD: I think it’s safe to say that now, yeah. Fox has been amazing and really good to me and I’m happy to be working here.

AX: Had you played an FBI agent before?

BOYD: No. I guess my only real training ground was doing Arlo on Season 8 of 24. I was a CTU tech, which was definitely different, but sort of a young spirit in that way, but I hadn’t done FBI.

AX: Did you research anything to play Aubrey in terms of being an FBI agent?

BOYD: You know, I sort of have as we’ve gone along. The job happened so quickly – I was living in New York, and we just had a new baby, and I got the phone call that said, “You’re flying to L.A. to test.” And I tested I think on a Friday and I was working on Monday and drawing a gun on Tuesday. So I hit the ground running. And luckily, any time I’m in doubt, I can always watch to see how David Boreanaz does it, which is not too shabby.

AX: You’re coming in as a new actor to a long-running show, and you’re playing someone who’s coming into a tight-knit group onscreen. Did being new in real life help you play the new person?

BOYD: It was fun because I got to make those discoveries, like seeing a disgusting dead body for the first time and having it make me half-sick and those sorts of things that maybe we take for granted after we’ve seen them a million times. It was fun to be new and play the new guy. They fed off of each other really well.

AX: Has anything on the show grossed you out for real?

BOYD: I’m pretty squeamish, yeah. Every time I go to the lab, I get a little grossed out – yeah, it’s gross! [laughs]

AX: How was it when you joined the cast? You started one episode before John Francis Daley, who had been playing Dr. Lance Sweets since Season 3, left and his character died. He was very beloved by the BONES company.

BOYD: Yes, absolutely. I was in John’s death scene and he actually took time out of his day to sit next to me and ask me how I was doing and welcome me and wish me luck, which I thought was really cool. And it spoke to how the BONES cast is and they’re just wonderful, kind people. So they were really warm and welcoming.

AX: Besides playing Aubrey, you were in the BONES 200th episode, which was directed by David Boreanaz and set in the Fifties, with everybody playing different characters. You played a gigolo who got murdered.

AX: You were born in New York …

BOYD: I grew up on the east side here in L.A. and then lived in New York after school and have kind of been back and forth since then.

AX: So you were a stage guy for awhile?

BOYD: Yeah. I’ve done my laps on stage in New York, for sure.

AX: Did that help prepare you for doing television, or are they two very different beasts?

BOYD: The first time I walked into a network test for Fox, it felt like stage. And that’s something that absolutely fueled me and held my energy. So I love having that background.

BOYD: No, just BONES right now. I would love to get to do more of it.

AX: Is there anything else you’d like people to know about BONES right now?

BOYD: I think they should just keep watching.