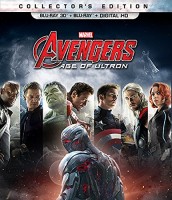 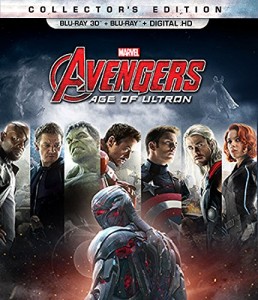 MARVEL’S AVENGERS: AGE OF ULTRON 2 – As amusing as it is that critics disliked AVENGERS 2, it is still a very good superhero movie from top to bottom that does a good job of delivering the action and building toward other plotlines for other movies. Some people called it a bridge film – a bridge between just other Marvel properties. Yes, there is a lot of that here. But there is also plenty of action involving the main villain of Ultron, that comes online after Tony Stark identifies some artificial intelligence inside the scepter that Loki was carrying around in the first movie (and has been seen in AGENTS OF S.H.I.E.L.D. and CAPTAIN AMERICA: THE WINTER SOLDIER). Ultron gets half-assed programmed by Stark in order to make the world a better place. But Ultron takes that command to save the world by any means and that involves killing humans, all humans. So he concocts a plan to crash an asteroid size piece of the Earth into the planet to re-create the same event that killed off the dinosaurs. Yeah, that plan is a bit odd but the action is hot and heavy and the introduction of new characters actually works well and is something that is strong in the tradition of THE AVENGERS in comics. If you like any of the Marvel movies, ignore what everyone else has said and check it out for yourself, you probably will enjoy it. 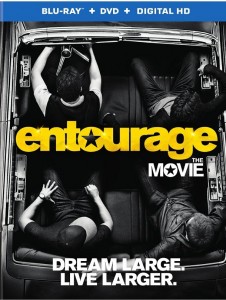 ENTOURAGE: THE MOVIE – Well, the best thing that can be said about ENTOURAGE: THE MOVIE is that it gives the fans of the HBO television series a fitting end to the show as this is basically just one long episode. However, given some of the backlash against the movie, fans may have been happier with the series just ending. The movie picks up where the show left off with the entire cast coming back and doing the things you would normally see in the movies. Vince getting in trouble for having sex. Drama being his overly dramatic self. Ari being great and the highlight (as per usual). Unfortunately, if you didn’t watch the series, it might be hard to get behind the movie because it really feels like an episode. So that’s probably part of the reason it didn’t connect well at the box office as the series didn’t have the GAME OF THRONES like ratings (or even TRUE BLOOD type ratings). Bottom line if you watched the show, you’ll like it. If not, you won’t. 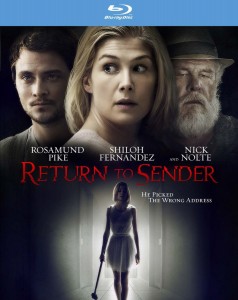 RETURN TO SENDER – Rosamund Pike (who I don’t know if I will ever look at her the same after GONE GIRL) stars in this dramatic thriller about a woman that is brutally assaulted by a stranger after mistaking him for her blind date. The attacker is convicted and locked away for the crime but oddly enough Miranda (Pike) begins a relationship with her attacker while he is in prison first through letters and later through prison visits. As the relationship builds, you begin to sense that something else is happening here other than a Stockholm Syndrome type ordeal. When he gets paroled, he goes looking for Miranda who has been using all the good will she has established with her attacker as a means to extract her revenge. While it is a big slow at times and the ending is questionable, if you enjoy thrillers this might be something you can get behind. 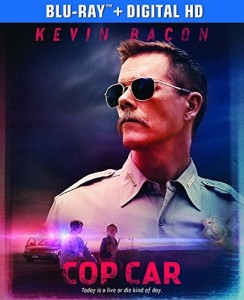 COP CAR – I have always thought that Kevin Bacon made an excellent bad guy because of his good looks and strong acting plus he pull off that sinister look better than a lot of actors. In COP CAR, he plays a dishonest police officer that had been in the process of disposing of a body that happens to be in the trunk of his vehicle. When two kids stumble upon cop car they think is abandoned, they take it for a joy ride. When Bacon’s police officer approaches them about where the car is it sets off an interesting game of cat and mouse where the boys just want to be entertained not knowing the dangers of what they have started. For the officer, it boils down to either going to prison or dealing with these two brats that stand in his way. While the acting is decent and the twists in the plot are pretty good, this is a low budget film and the script really needed to be polished up a bit in order to make it good. But definitely worth watching on Netflix or Prime when it comes along. 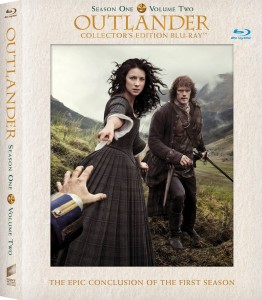 OUTLANDER: SEASON ONE, VOLUME TWO – Generally I’m not a fan of studios that decide to split a season of television into two parts because not only is it not needed but it feels like a cash grab as two parts are usually more expensive than just one. OUTLANDER is the story of a WWII nurse that gets sent back in time and forms a romance with one of the locals and must deal with things such as clan politics, witch trials and a ton of romance drama. Based on the books of the same name, the TV series has captured the hearts of fans worldwide that have a rabid desire for this series and wait with baited breath to find out where the show will go next. While the show won’t return to the air until March of next year, maybe re-watching these last episodes of the first season will keep you busy until the long six months is over. 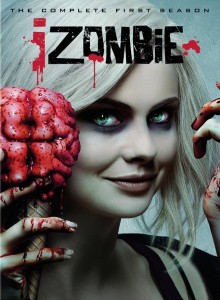 iZOMBIE: THE COMPLETE FIRST SEASON – The CW has done a very good job with adapting comic book characters to television. But this one is a bit of an odd ball because it doesn’t involve a superhero or a team of any kind. Instead it is the story of a girl named Liv Moore who gets infected and transforms into a zombie. Except in this universe zombies are not mindless beasts but able to still function, well, as long as they eat enough brains to keep them satisfied. The more interesting aspect is that the zombies absorb the memories of the brains they eat. So Liv takes this ability and uses it to solve crimes of homicide victims (she works in the Seattle coroner’s office so it is easy to get access to brains). The beginning of the show starts off slow with a zombie-of-the-week theme and it is fairly amusing with comedic moments. Later into the season, we get heavily into the drama and more of the mythology of the show, which makes for a better viewing experience. The show is beginning its Season 2 this fall and this is a good chance to catch up on what you missed. 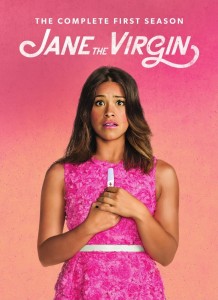 JANE THE VIRGIN: THE COMPLETE FIRST SEASON – The funny series from The CW follows a religious young woman named Jane (Gina Rodriguez) that because of her family tradition has vowed not to have sex until she is married. However, things get weird when her doctor accidently artificially inseminates her during a routine checkup. It gets worse. The person who donated the sperm is not only a married man, he’s rich and owns the hotel where she works. Oh and he is also a former crush of hers. Yeah, it is a bit far-fetched … why would a guy like that donate sperm to begin with and how could there be so many coincidences? The show has caught on with critics and fans alike and with the show coming back this fall, now is a good time to check out the show in order to catch up before Season 2.