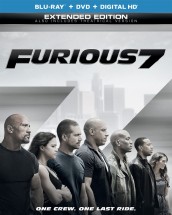 Reviewed this week: FURIOUS 7, CINDERELLA, THE AGE OF ADALINE and more 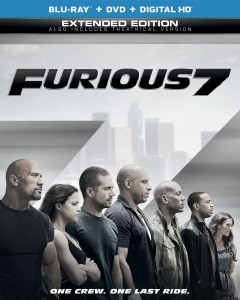 FURIOUS 7 – The big title of the week is FURIOUS 7, which made a huge splash at the box office in ways probably not a lot of people suspected. But given the popularity of the series and the sad death of Paul Walker maybe there was a bigger pool of people looking to watch this. Obviously, the franchise will move on and they will replace Walker but given he was such a heavy part of the franchise the way they treated his death in the movie was something pretty amazing with highlights of his movie career, behind-the-scenes footage and the very popular song “See You Again” from Wiz Khalifa and Charlie Puth. The movie itself is more of the same and that is not a necessarily a bad thing with the entire cast from the previous movies coming back for another massive car chase through numerous global locations as one of the brothers from the previous movies tries to get revenge of the group. There is a huge amount of special features on the Blu-ray and DVD including nine featurettes, deleted scenes, audio commentaries and more. 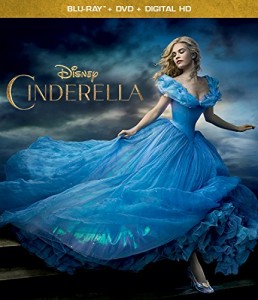 CINDERELLA – Disney continues to come up with these very interesting takes on their classic franchises by making them live action and creating quite a bit of twists while keeping with the original themes. Here Cinderella (Lilly James) has to deal with her terrible step-mother (Cate Blanchett) and her awful step-sisters after her father dies. Naturally, they make her do all the cleaning and cooking and treat her like a second-class citizen. Yet, Ella aims to be a better person without wickedness in her heart. So when her Fairy Godmother (Helena Bonham-Carter) arrives and gives her a glass slipper and uses magic to transform her into an immortal beauty, she goes to the prince gala where she woos the prince but loses her slipper. So the prince puts out a massive search across the lands to find the girl whose foot fits into the glass slipper and naturally it is Cinderella. The cool thing here is the that outfits, period pieces and sets are very awesome and really come to life in a vibrant way, especially during the gala where there are plenty of lavish colors and beautiful things happening. A must see in high-definition to get the full glory. Unlike MALEFICENT which had some scary moments, there is nothing that should distract kids from seeing this and enjoying it. 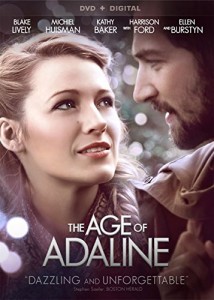 THE AGE OF ADALINE – Romance films have devolved into having to play on a trope involving the supernatural in some way in order to find a way to be innovative in some way. Blake Lively stars as Adaline who was born in 1906 but when we first meet her it is the present day and she is the age of Blake Lively. Through a series of flashbacks we learn that she has a “condition” that mysteriously allows her to never age. What condition? Who cares it isn’t important apparently as it is more about her finding love and trying to avoid becoming a test subject for evil scientist that naturally want to learn why she is immortal. Lots of common movie themes about aging, love, family and more are touched on but despite the never-aging thing there is not a lot of new stuff here. However, the movie is well produced and Lively does a serviceable job in the role but there are weird things added in to hint at why she is the way she is and they never really amount to anything more than to create confusion. And as far as romance goes it never really delivers on that central theme. But if you have hankering for supernatural romance, this might be worth a view. 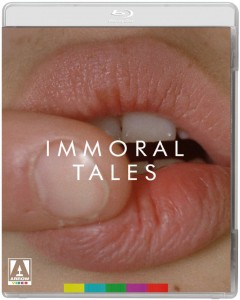