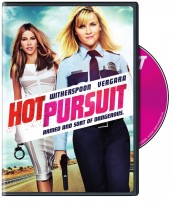 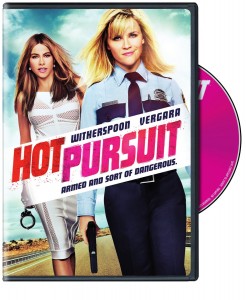 HOT PURSUIT – The female buddy cop comedy has been in full swing for the last few years in Hollywood and here Reese Witherspoon and Sofia Vergara star as a pair of opposites that need to rely on each other. Witherspoon stars as a straight-laced police officer that teams up with a mob boss’ widow in Vergara that go on the run from crooked cops, a slew of bad guys wanting the widow’s money and naturally having to deal with each other. Of course, they go from hating one another to becoming tight friends as they go on a crazy adventure in a plotline you have seen numerous times in numerous different movies with numerous different stars. Witherspoon is fine as she always is but she needs to start choosing some better projects because it seems lately she has been in some real dogs including HOT PURSUIT, which is a cardboard cutout of films you have already seen about two strong women in a crazy situation. 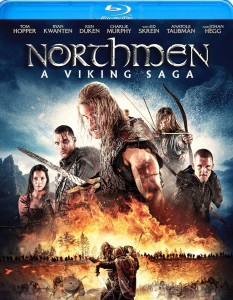 NORTHMEN: A VIKING SAGA – With the success of History’s VIKINGS series, direct-to-video Viking movies have been coming in hot for the past year or so. Luckily, most of them have actually been pretty decent. RAGNAROK combined both Norse mythology with a modern day story stemmed from Viking lore. It was a cool movie with a nice twist that an ancient beast has been living among us for hundreds of years. The aptly named NORTHMEN: A VIKING SAGA is set in the past where a small band of Northmen have their boat shipwrecked while on a journey for loot. After a battle on the coast, they abduct the King’s daughter, who sends a large group of cut-throat mercenaries to track them down and get her back. Along the way they pick up a priest that doesn’t mind getting his hands bloody (TRUE BLOOD’s Ryan Kwanten) and they fight across the countryside trying to escape – as it turns out the daughter was looking to escape as well so they end up teaming up. NORTHMEN is pretty good. There is plenty of action, the backdrops in whatever country they filmed the movie are gorgeous and while the plot is something you’ve seen before with a decent production budget and these other factors it is worth checking out. 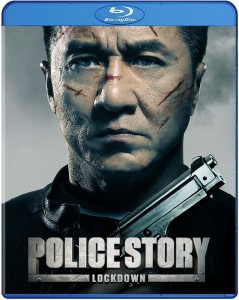 POLICE STORY: LOCKDOWN – Jackie Chan returns to his roots as a crime fighting cop with a history of violence that must navigate a hostage situation where he must either take revenge on a bad guy or bring him in to serve justice. Well Go USA has been cranking out the Asian action flicks like mad lately with no shortage of titles coming from China, Hong Kong, Japan, Korea and more. A handful are decent and worth your time, the others not so much. Luckily with the addition of Chan in the role here and a pretty good action plot, this one falls into the former category and is definitely worth checking out regardless if you enjoy martial arts movies but because it is a good police crime action thriller. 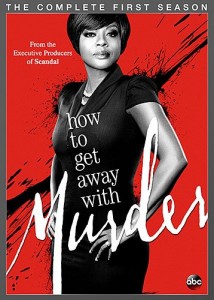 HOW TO GET AWAY WITH MURDER: SEASON 1 – The television DVD/Blu-ray season is upon us as the new fall television season will begin in September. That means there are a ton of announcements coming in the next few weeks. The first of which is HOW TO GET AWAY WITH MURDER, which debuted last year and its first season is now available. This also happens to be one of the better shows from the 2014-2015 season that cycles between a weekly court case and a season-long plotline that deals with the show’s more over-arching focus, which in this case happens to be a murder, naturally. While 22 episodes it still too long for a season in this day and age and it looks like many networks are starting to figure it out, however, this one is that long and it has moments where it drags. Still, one of the better shows that is returning from last year and that is not something that can be said about a lot of shows from the prior season. 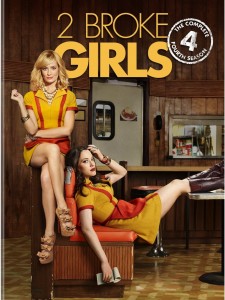 2 BROKE GIRLS: THE COMPLETE FOURTH SEASON – Kat Dennings and her two amazing talents returns for Season 4 of the cookie cutter sitcom 2 BROKE GIRLS where they are still broke and still working at the same place making sexual jokes and getting into crazy situations. In order to make more money they started their own cupcake drive-through business, which acts as a vehicle for more sex jokes and crazy situations. While not nearly as bad as CBS’ other cookie cutter sitcoms, this one at least occasionally has jokes that are amusing and with both Dennings and Beth Behrs in the lead role it means you also have at least something nice to look at while you are getting fed a laugh track. 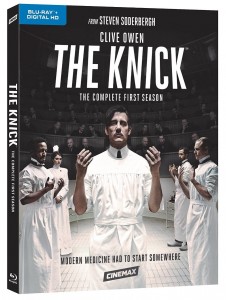 THE KNICK: THE COMPLETE FIRST SEASON – The Cinemax series from Steven Soderbergh comes home for the first time on Blu-ray and DVD. This is an interesting series because it looks at a hospital in New York, called The Knick, in the early 1900s after the wealthy have left the place and it struggles for financing. Clive Owens is one of the last talented doctor to stay at the hospital and he and the other staff fight to keep the hospital afloat. THE KNICK does a good job of telling stories about the issues with race, women’s rights, changes to medical drugs and how they are implement and much more. Call it MAD MEN in a hospital before the Great Wars.