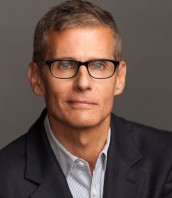 He talks GAME OF THRONES, THE BRINK, the end of TRUE BLOOD and more

A scene from the upcoming HBO show WESTWORLD | © 2015 HBO

Following a general question and answer session with the Television Critics Association, HBO President of Programming Michael Lombardo took some time for an exclusive follow-up discussion.

AX: This is Michael Lombardo on the State of the HBO Union.

MICHAEL LOMBARDO: The State of the HBO Union? “’The Union is fine,’ Daniel Webster answered.” Things are good. I’m excited about the year.

AX: A few years ago, you were saying you didn’t really like genre.

LOMBARDO: It wasn’t my natural predilection, that is correct.

AX: How do you feel about genre now?

LOMBARDO: Here is what I’ll say. What I learned, what I hope many viewers of GAME OF THRONES learned, don’t judge a show by a genre. You know what? Great shows come in all kinds of packages, and it’s silly that I needed to remind myself, but I found myself now having that same conversation I had with myself so many years ago, going, “It’s not my kind of show.” And my smartass answer is, “What do you mean? A high-quality, well-written, well-performed drama is not your kind of show?” And that is the answer to myself now. I’m open to any kind of genre. And you know what? Quality comes in all forms.

AX: Has anything about how strongly some of the genre shows hit, or in fact anything else has hit, pulled HBO in a way you didn’t foresee, or was it already sort of like that when you got here?

LOMBARDO: No. I think, beginning with TRUE BLOOD, I think what we realized is that genre and serious drama weren’t mutually exclusive. I think TRUE BLOOD in its way opened us to the fact that shows like GAME OF THRONES or [the upcoming] WESTWORLD could exist happily alongside shows like SHOW ME A HERO [a fact-based dramatic miniseries that begins Sunday August 16], and people were really interested in serious storytelling. So yeah, I’ve learned from that.

AX: With TRUE BLOOD, did HBO decide that had run its course, or was that the decision of the show runners?

LOMBARDO: I think it was a mutual decision. Alan [Ball] he’d spent the first four years being the show runner, and the fifth year, he wasn’t. And I think we all just felt, it ultimately was a love story, at its heart, and then ultimately a story of many loves. But that could play out for just so long, that tension, it felt to us. It was a mutual decision. There was no disagreement about it feeling like it had come to its natural conclusion.

AX: Do you think you might ever do a half-hour drama or an hour comedy?

LOMBARDO: Absolutely. I think half-hour comedies – when you say “a comedy,” the pacing of that is tough. I think the world is morphing. I think LOOKING could have been an hour. I think people went into it with the half-hour format expecting big laughs. It wasn’t that. It was a drama as much as a comedy. I think you will increasingly see, the length of something, the shape of something, won’t define the tone of it. I think people are finding whatever the natural size is for the right story.

AX: With THE BRINK, HBO’s comedy with a lot of political subject matter, some of it concerning Pakistan, were there any concerns that someone might have violent objections?

LOMBARDO: I’ll be honest with you. First of all, we’re not – certainly, nobody’s being disrespectful to any religion or to anyone who’s living. But I’ll tell you, I think our response as a content provider is to keep doing what we believe in doing. I hope, I trust, and I know the world is a terrifying place, but if we all respond to that, then the bad guys win. And so that happens not to be an issue on THE BRINK, but I hope it doesn’t change how we would approach anything that felt right for that show, because of fear. Fear is a bad thing.

AX: Is THE BRINK a little more complex in terms of budget and/or logistics than the average half-hour comedy?

LOMBARDO: Yes. It has three storylines, and none of them take place in Los Angeles. And we tried to capture Washington, aircraft carrier and Pakistan. So it requires some real planning, thinking to figure out how to do that in a half-hour budget, and as you can see, we cast it [with Jack Black, Tim Robbins, Aasif Mandvi, Pablo Schreiber and Carla Gugino, among others]. There are some serious actors in that. But again, I think our position is, we always do what’s right for the show. And that’s how the show was conceived, and we’re going to support it.

AX: Did you have any moment of going, “Gosh, this is going to be a little more expensive,” or did you just go, “Look who’s coming in with the pedigrees”?

LOMBARDO: I think the show is – not that it’s more expensive, I think that it’s just more complicated to figure out from a production standpoint. Fortunately, [series creators Roberto Benabib and Kim Benabib are] great writers, they had the scripts early enough that we could do good planning, and it’s certainly not anywhere outside the realm of what we’ve paid for a lot of other shows, so no issues with that.

AX: And what would you most like people to know about where HBO is at right now?

LOMBARDO: We’ve had an unbelievable year, people are loving the shows, I’m enormously heartened by the number of viewers for all of our shows this summer, so I’m feeling good.