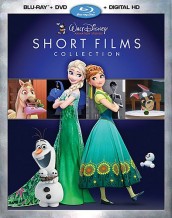 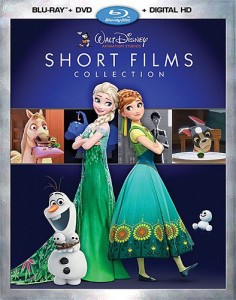 WALT DISNEY ANIMATION STUDIOS SHORT FILMS COLLECTION – This is a pretty awesome treat from Disney. The studio giant has made available for the first time a collection of its short films that have won numerous awards over the years. Contained within are 12 short films featuring years of animated tales from the early 1960s all the way up until last year. Some of the gems include PAPERMAN, an Oscar winning short about a romance between two people brought together by airplanes; FROZEN FEVER, a short that takes place after the events of the major animated title with Queen Elsa and Princess Anna once again getting into an adventure; TANGLED EVER AFTER, a follow up to TANGLED with the marriage of Flynn Rider and Rapunzel; and FEAST, a short about a cute little dog’s ability to be in the right place at the right time to get food from its owner but things go south when his master finds love and a new baby is introduced. The other shorts are just as good and highlight some of the past of Disney such as JOHN HENRY, the classic tale of the railroad worker that saved the jobs of other works in a battle against a mechanical assembly line and HOW TO HOOK UP YOUR HOME THEATER, which is a hilariously dated short about the miracle of “modern day” consumer electronics. As many of these run under 10 minutes they are easily digestible and make for great fare for kids of all ages. 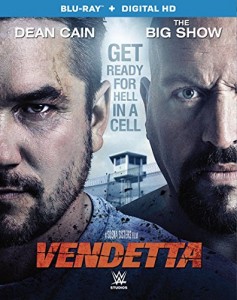 VENDETTA – WWE has made quite a cottage industry out of using its superstars of wrestling in its film business. Obviously, Dwayne “The Rock” Johnson has gone beyond the traditional wrestler and become an A-list player in Hollywood. But for years, WWE wrestlers have been in show business including the late Rowdy Roddy Piper with the John Carpenter classic THEY LIVE. Stone Cold Steve Austin also has had a pretty good career doing straight-to-video flicks that weren’t half bad normally because of Austin’s general appealing personality. John Cena recently had a decent-sized role (pun intended) in TRAINWRECK starring Amy Schumer. Kane even starred in two horror movies which is appropriate for his wrestling character. You might see I am not really talking about VENDETTA … well, part of the problem is unlike some of these other efforts it isn’t very good. Dean Cain plays an ex-cop that purposely goes to prison to kill WWE superstar the Big Show, who killed Cain’s wife because he’s a mobster, or something. Not really sure and the movie doesn’t really care if we know or not. Big Show is bad guy X and Cain is good guy Z and they go to a prison to fight it out. Problem: Big Show is 7 feet tall and weighs 500 pounds. Dean Cain is, uh, well Dean Cain. So, much of the film is Cain getting treated like a government mule (thanks J.R.) while the warden wants to establish a drug kingpin inside the prison, or something. Again, the movie doesn’t seem to care much about what we know. There’s a lot of fighting so if you are into that sort of thing. This might be worth a watch. 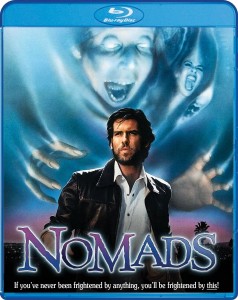 NOMADS – Not the greatest supernatural horror flick but over the years NOMADS has become a bit of a favored cult classic in the genre. Now, thanks to Scream Factory, the flick is getting the high definition treatment for the first time. A French anthropologist (Pierce Brosnan) relocates to L.A. after a decade of spending his days tracking remote areas of the Earth in the study of nomadic peoples. In L.A. he notices a group of strangers in a black van and begins to track their anti-social behaviors. Soon, however, he realizes he has stumbled upon something greater than he expected and these Nomads are now “interested” in him. Now he must race to escape them or perish in the process. The problem with NOMADS is that it dangles the past and present that it often confuses the viewer and is one of the main complaints about the horror flick. But if you pay attention, it is worth your time and especially now in HD. 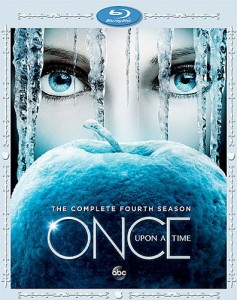 ONCE UPON A TIME: THE COMPLETE FOURTH SEASON – The big hook to Season 4 was the inclusion of the live action versions of the movie FROZEN coming to OUAT as they get intermingled with the plotlines happening in Storybrooke. As usual we get a bevy of twists to classic Disney characters with a heavy dose of romance and danger including the Snow Queen that is obsessed with Elsa, the Queens of Darkness –the trio of Maleficent, Ursula and Cruella De Vil – Robin Hood and many more. With the fifth season coming this fall, here’s your chance to catch up on what you have missed. Loads of new bonus features are included in the DVD set such as a FROZEN featurette based on the characters on the show, a tour of the sound stage used on the show, a featurette on Season 4, deleted scenes, bloopers and audio commentaries. 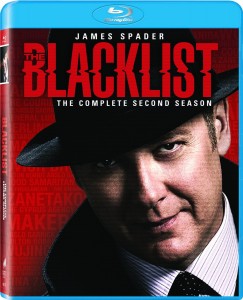 THE BLACKLIST: THE COMPLETE SECOND SEASON – NBC’s hit show THE BLACKLIST is returning in the fall for its third season and here’s what you need to know about the show to get ready for the next season. The show centers on Raymond Red Reddington (James Spader) one of the FBI’s most wanted fugitives. He surrendered to the FBI but only to work with them to capture those on the Blacklist, the worst of the worst spies, mobsters, terrorists and even politicians. He teams up with Liz Keen (Megan Boone) because he has some mysterious connection to her. Much like Season 1, Season 2 navigates between the villain-of-the-week and an over-arching mythology that deals with the real reason Red has turned himself in and specifically asked to work with Keen, which has to do with her connection to her father. But there are some really excellent episodes that step out from either of these themes and deals specifically with the consequences of Red’s past and his decision to turn himself in. Special features include two featurettes on the show, deleted scenes and an insider look at the characters. 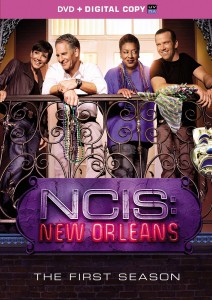 NCIS: NEW ORLEANS: THE FIRST SEASON – The most popular show on television is CBS’ NCIS. So naturally, it got a spinoff. Then it got another. Now the first season of the NEW ORLEANS branch of the Naval investigation unit comes home to DVD. If you are a fan of the first two shows, no doubt you probably watch this as well already or have an interest. And what you get from NEW ORLEANS is what you expect. A crafty team of officers attempt to take down those that threaten national security in The Big Easy using skills such as forensic science, computer programs and good ole fashion blood, sweat and tears. All 23 episodes of the first season are collected here along with the NCIS two-parter that launched the show, six featurettes and more. 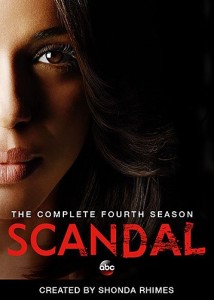 SCANDAL: THE COMPLETE FOURTH SEASON – It seems hard to believe that the upcoming season of SCANDAL will already be its fifth. Even more surprising is there are so many scandals going on in one political office. I mean really, how many bad things, cover-ups, conspiracies, murders and more can happen to the government. Season 4 picks up after the events of Present Grant’s re-election with Olivia (Kerry Washington) having to choose sides against her father, deal with the vice president’s power grab and a slew of other political mysteries happening. The DVD set includes all 22 episodes of the fourth season with new extended episodes, featurettes and blooper reel.