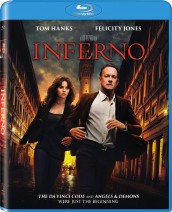 Also reviewed: THE MAN WHO FELL TO EARTH: LIMITED EDITION, THE LIGHT BETWEEN OCEANS more 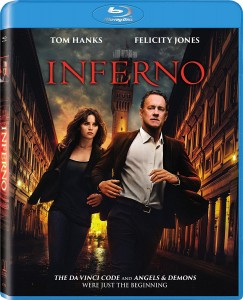 INFERNO – The third film in THE DA VINCI CODE universe reteaming Ron Howard and Tom Hanks for another adventure involving symbologist Robert Langdon. This time Langdon gets wrapped up in a conspiracy involving DANTE’S INFERNO and he has lost his memory leading him to team with a doctor (played by ROGUE ONE’s Felicity Jones) that tries to help him recover his memories and retrace his steps. Along the way he discovers not only was he complicit in helping the conspiracy gain traction but not everything about the people helping him may be legit. INFERNO stars slow, real slow. But about the half way point it picks up and the action takes a huge leap forward as it pulls toward the truth of what is happening the real reason behind the conspiracy. Tom Hanks, naturally, does a good job and Jones is pretty good as the doctor with a secret and shows she can do more than just wield a blaster effectively. If you enjoyed the first two films, no doubt this one will be as well. 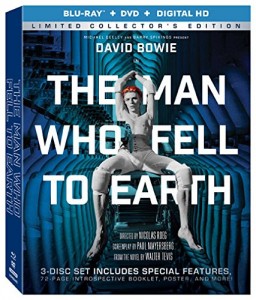 THE MAN WHO FELL TO EARTH | © 2017 Lionsgate Home Entertainment

THE MAN WHO FELL TO EARTH: LIMITED EDITION – The classic science fiction flick is back on video and for the first time available on Blu-ray. David Bowie makes his debut in film in this role as an alien sent to Earth in order to save his planet from a massive drought. Lionsgate is putting out THE MAN WHO FELL TO EARTH as a tribute to Bowie, who died last year, with never before seen interviews, a 72-page bound book, art cards, posters and press booklet. Among the new interviews are with the costume designer, on set photographer, producers and all the legacy interviews from previous editions. Also there is a new interview with the composers on the music from the film. A must have for Bowie fans and fans of this film. 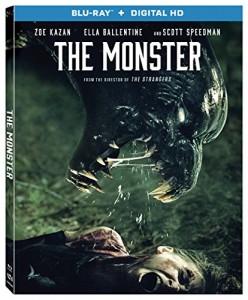 THE MONSTER – A metaphor heavy horror flick about a mother and her daughter on their way to deliver the daughter to her father because of her mother’s rampant alcoholism. When their car hits an animal, they are confronted by a monster and must fight to survive. The real issue here delves into whether or not the monster is actually a monster or a manifestation of her daughter’s imagination in relation to the monster inside her mother that is driving them apart. On one hand, there is a terrifying images and sounds coming all around on them, while on the other hand flashbacks depict maybe even a scarier reality that the daughter has already lived through. Not a bad horror flick if you are looking for something different. 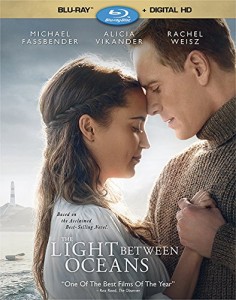 THE LIGHT BETWEEN OCEANS – Michael Fassbender has made some odd choices lately with his career but luckily THE LIGHT BETWEEN OCEANS is not one of them. A romantic drama involves Fassbender and his wife Alicia Vikander living in a remote island off the coast of Australia. When they can’t conceive, a mysterious baby washes ashore the island and they must make choices as to what to do with the child. But when the baby’s mother returns into the picture, things get considerably worse for the couple as a lie that this was their own baby turns from a dream into a nightmare. THE LIGHT BETWEEN OCEANS is not a fun movie and there is no comedy at all instead it is sad and a bit depressing. So keep that in mind if you want a lighthearted film, because this certainly ain’t it.